Hey all! I started this last night. I haven’t started zombifying it yet.

Here’s the story. My friends and I filmed a zombie movie(I’m making all of the zombies with blender…they look slightly cartooney :(), and since one of my friends had to leave early, we decided that he had to be turned into a zombie.

Next thing will probably be the ears…

SO…here’s the start of that…still lots of work to do…but c&c are appreciated! 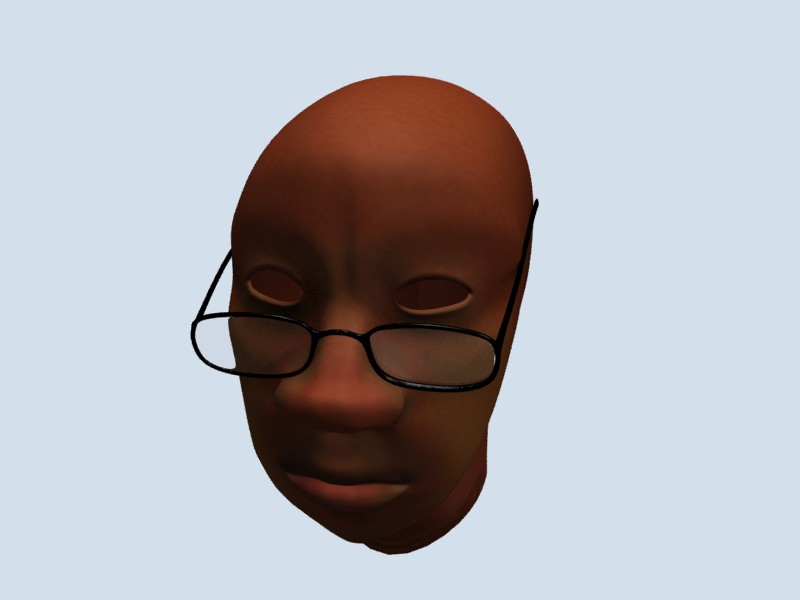 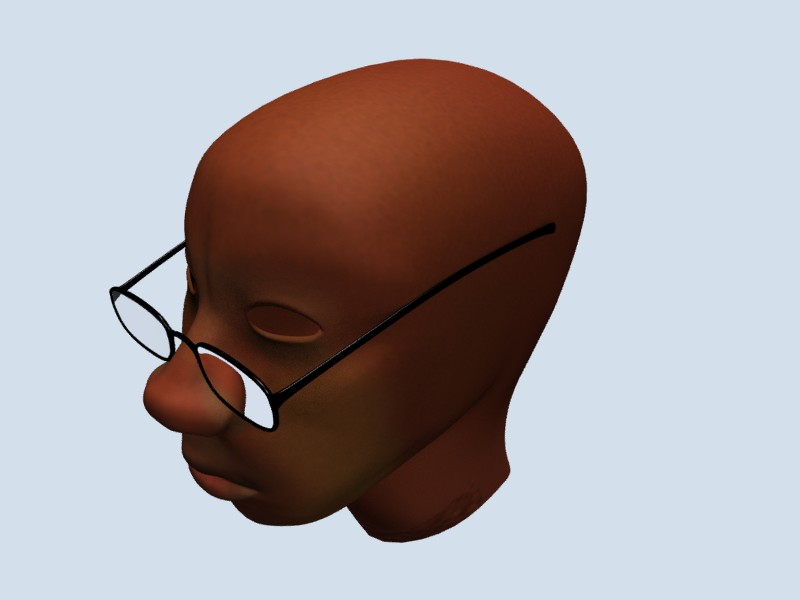 So…anyone have any ideas on how to do curly black hair?

Added:
Eyes(no pupils, since its gonna be a zombie anyway)
Ears
Attempt at hair… 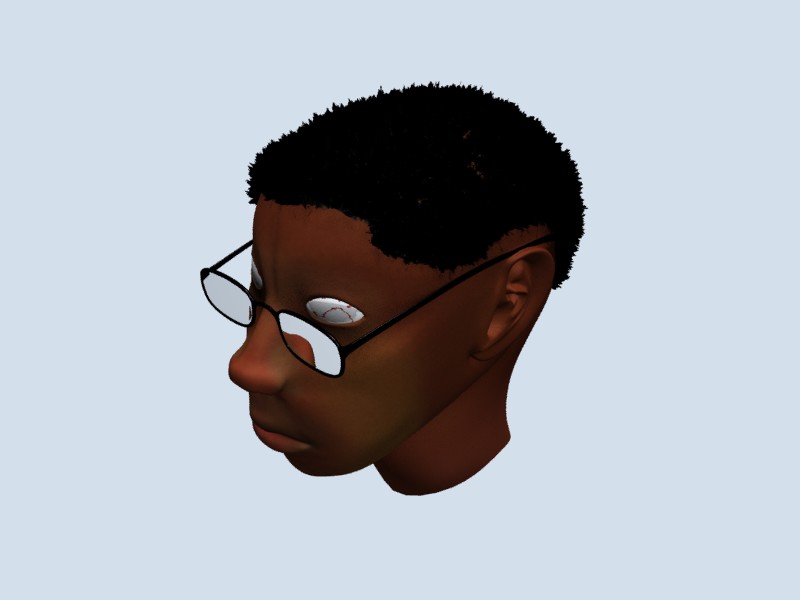 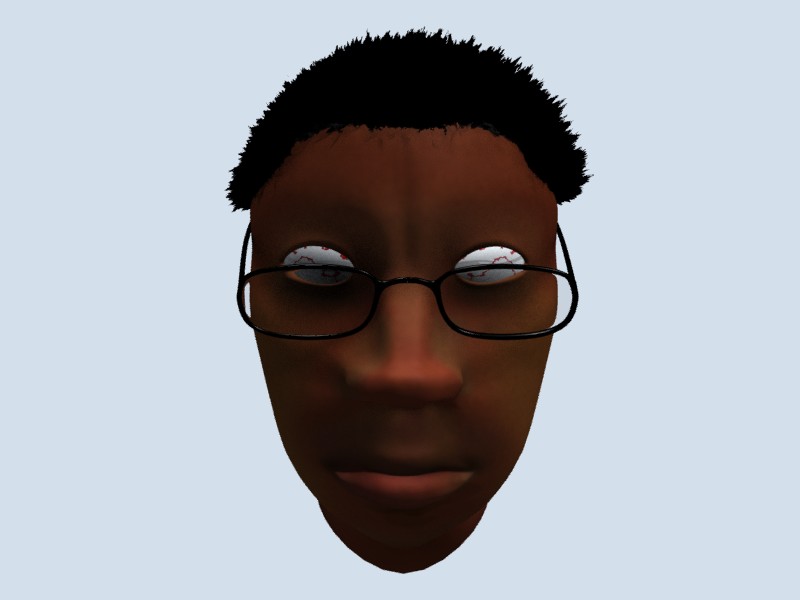 All in all doesn’t look to bad. The thing that I am having a hard time visualizing is how this is going to become a zombie. How far along in decomp is he? Also for better c&c, post some wireframes. Alot of us on the forum can tell more from those than just a pic.

Okay, here are some more pictures. About how I am going to convert this into a zombie…its not going to be a rotting bloody zombie, although it would be easy enough to alter the textures and mesh slightly…but its just a human who lost his personality. He was wounded by a real rotting, bloody zombie thus losing his soul…so he’s a zombie…just not rotting or bleeding…

Also, the hair is kind of thin because of render times…plus he’s going to be from a distance, so it doesn’t really matter. 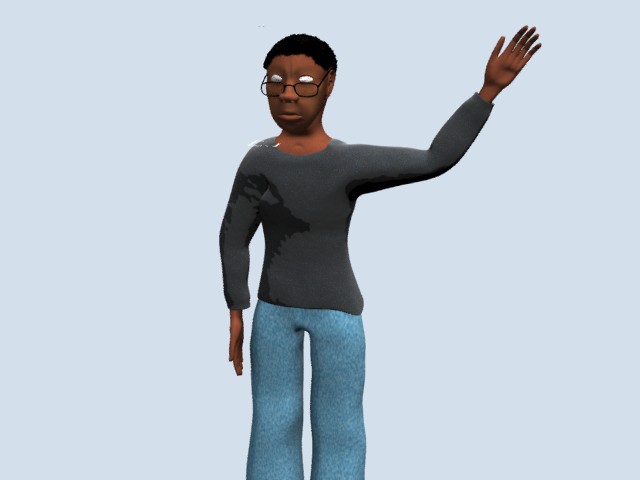 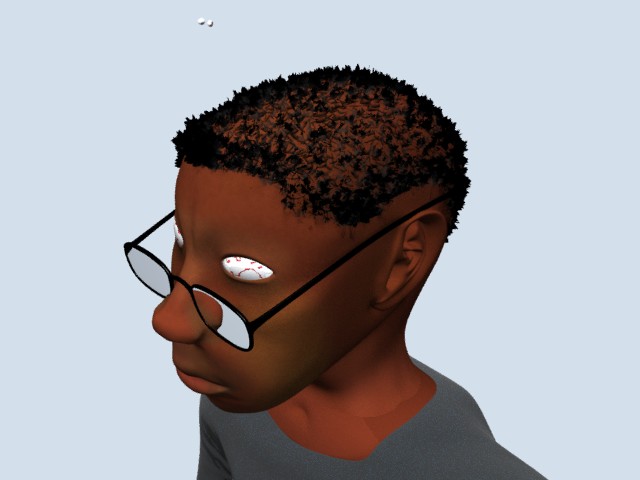 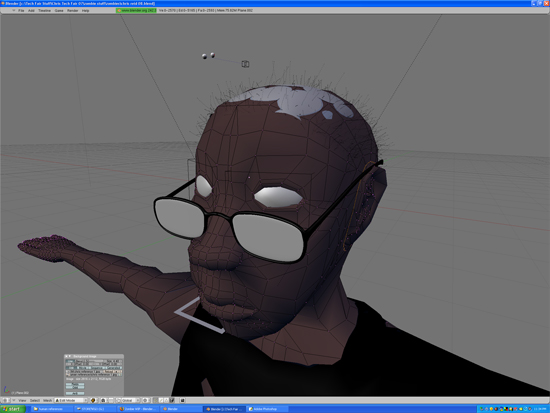