Smart Cursor is a smart addon with only one button but a lot of possibilities !
With this addon, you can snap your cursor where you want really fast.

The addon is free and if you use my RMB Pie Menu, you can call it dirrectly from it

Hello! Smart Cursor is a smart add-on with only one button but a lot of possibilities! With this addon, you can snap your cursor where you want really fast and Place the origin of your selection at the same time. Click: Snap-in Vertex Mode. Shift +...

Very cool pitiwazou, I would imagine this would help a great deal of people.

This should come with the blender its so usefull

Another very useful addon. Thanks for that!

When pressing esc in the middle of an operation it cancels the action but leaves an empty behind.
Is this normal?

Either way, very useful. Thanks!

@FredLierman
Right now it’s normal, like I said in the video, I use a macro, not a modal and I’m limited to ctrl, shift and alt for the actions, echap/del is not supported I think.
I search and will update it if I found a way to remove it.

I just added the possibility to place the origin in the same time as the cursor.

Works with increment too.

Alt + Shift to move the cursor, chose axis and press Ctrl + Shift to place the origin.

Trying something and update after.
This script becomes really handy ^^

I’m Gladly paying for your scripts, they are great !

I noticed that the temporary “Empty” doesnt get destroyed when canceling the action.
Is this even possible to fix ?

Also i would like an option to disable the Button in the UI altogether since I always will call it from your RMB menu anyways. (just to declutter)

Yes it’s possible to remove, I did it, you will have it in the next update, same for the UI.

I tested the current version in 2.78c portable and it worked.

One idea to make things more fluent is to have edge/vertex/face snapping all the time present.
Like when I click the cursor icon I can hover over my mesh and hold ctrl to snap vertex, click shift to snap edges click alt to snap faces etc and also have middle points of edges and center points of faces like in this similar addon
https://wiki.blender.org/index.php/Extensions:2.6/Py/Scripts/3D_interaction/Enhanced_3D_Cursor

Maybe, I test on a 2.78C portable build to avoid any conflict since I have don’t have any addon activated.

The goal is not to replace enhanced_3d_cursor, and like I did the addon, I cannot change the snap element when I move the Empty, too bad of course.
This addon is to place really fast the cursor and now the origin of the selection.
To do much more, use the enhanced_3d_cursor addon.

Update of the Addon !

I have so been waiting for this. During modelling I spend a lot of time moving the 3D cursor using multiple steps to get it where I want. This will speed up my own personal workflow so much. Thank you.

Love the possibility to snap on the center of faces and edges !

Hi pitiwazou, thank you for another great addon.
I’ve would like to know, if it’s possible, how I could add the Smart Cursor to your RMB Pie Menu.
I’ve Smart Cursor v0.0.4 and RMB v 2.0.7

Download the RMB pie menu on gumroad, it’s the same version but with the good code for 0.0.4.

Awesome, thank you very much.

Pitiwazou in your addon RMB 2.07 (last version) does not appear the “circle” and “aline” buttons. They were removed? 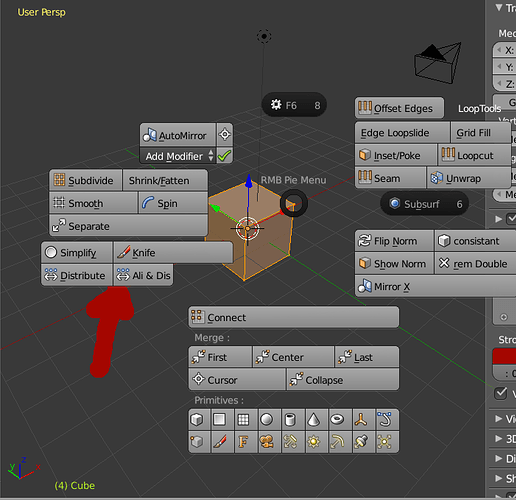