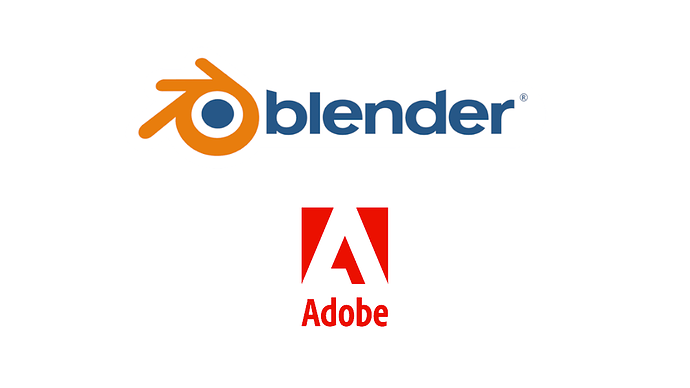 Adobe announced that they will join the Blender Foundation’s Development Fund as a corporate Gold member.

“We are thrilled Adobe is joining the Blender Development Fund to help ensure the longevity and success of this dynamic open-source community.” said Sébastien Deguy, VP of 3D & Immersive at Adobe. “We’re excited to help strengthen and improve this accessible suite of tools.”

“This is a great step forward,” says Blender founder and chairman Ton Roosendaal, “it’s a prime example of the industry increasingly accepting to work with free/open source software.”

This grant enables us (Blender foundation) to fund a developer half time.

Before this thread goes dark and the hound dogs come barking with pitchfork-toting fanatics in toe let me at least say… cool.

Loving how Blender is forming bridges with the professional community.

And a little bonous for me is with subscriptions for Adobe and Substance I have now officially increased my contribution to Blender indirectly.

Good times ahead for Blender.

Additionally, adobe is releasing an addon that allows you to use substance files directly in a blender

This is pretty huge news as it means Adobe probably decided to not buy Cinema 4D anymore. Looks like they thought about it and decided to go Blender instead.

Before the tinfoil comes out in large quantities, I just want to say that this is super cool! More money for Blender is only ever a good thing!

It’s great news indeed! And before everyone starts posting misinformation about Adobe purchasing information: they can’t. Blender is open source and always will be.

I think it’s fantastic to get this level of industry support!

And before everyone starts posting misinformation about Adobe purchasing information: they can’t. Blender is open source and always will be.

The question on my head though, Is when to draw the line?
How Blender foundation ethical & moral obligation as a FOSS is gonna kick-in by dealing with such surge of money & interest by tech giants.
Their ideologies are on the opposite side of the specturm.

Sure Industry support is welcomed ,but I personally thought it might come more from actual Studios not these big tech companies.
Are they turning the wheel around and embracing what once considered their nemesis? only time will tell.

This is pretty huge news as it means Adobe probably decided to not buy Cinema 4D anymore. Looks like they thought about it and decided to go Blender instead.

I don’t get that at all from this announcement. The two are not mutually exclusive decisions. I do however think that C4D is hemorrhaging users lately due to some really poor decisions including yesterday’s announcement to make Redshift subscription-only. Of course one could say the same about Autodesk, but unlike Maya, C4D doesn’t have as strong of a foothold in the studio world.

I would go as far as saying that Redshift going full subscription is Maxon’s way to make themselves more appealing to Adobe, and perhaps it will work. I think Adobe is just waiting for the value to drop before swooping in and picking up C4D, Redshift and the entirety of the Red Giant catalog.

Just notice that microsoft is not anymore on the devfund list… But adobe is just good news. Nothing wrong with a donations.

I wonder what Adobe’s motivation is? It surely isn’t altruistic in any way, shape, or form–Adobe has long been nothing but greedy and self-serving. What do they get out of this?

More subscribers from the Blender community?

That would make sense. I, however, use Blender because it is free and open, and I have no desire to get locked in to a subscription.

I do quite enjoy whenever these come round, and seeing the sheer amount of doom from folk.

We all have different perspectives. I lost $15,000 with Adobe, having paid for and used Photoshop since version 4, and Creative Suite from day one. All unusable junk since 2012. Kinda leaves a bad taste in one’s mouth.

Im more referencing the people who seem to think that Adobe now own Blender, or now have some kind of power to make decisions regarding it’s development etc…

I, however, use Blender because it is free and open, and I have no desire to get locked in to a subscription.

I use Blender and I’m ok with paying for subscriptions if they make sense. Hell, I’m currently paying Ian Hubert money each month for access to his Patreon page – that’s a subscription!