An argument for re-introducing Blender Internal in version 2.81 (or, 2.80 final)

This can 100% be done with pixel perfect accuracy in After Effects.

Is there any open source alternative to AE yet?

Why use After Effects, when I have Blender? It’s much easier for me.

Is there any open source alternative to AE yet?

Not as complete … AE is really a swiss army knife, it’s hard to compete for open source project with all the feature it has, even if we can argue on how good of a software it is…

Enve seems promising for vector and animation stuff : https://maurycyliebner.github.io/
Natron is interesting for compositing, but you may be laughed at while using it, and indeed one needs some motivation to work around some bugs.
Blender is great to produce animation , motion graphics in 2D/3D , some compositing work, but I guess you know about that one

, and probably the others too …

I could make a long and inspiring list with these :

Start building the metaverse with the free 3D virtual reality authoring, publishing and playback platform created by artists, for artists

Don’t try them a day you’ve got something to do, or feeling depressed…

maybe there are other projects that I’ve missed, I would be glad to know about more projects !

How is this thread still active?

wanna use outdated and removed old blender render engine? Go ahead. No one is stopping you from downloading blender 2.79.
Old computer that can’t handle Eevee or cycles, but it somehow can handle BI? No problem. Use 2.79.

Not as complete … AE is really a swiss army knife, it’s hard to compete for open source project with all the feature it has, even if we can argue on how good of a software it is…

Even worse as far as FOSS attempts go, projects like Natron make a big splash with a lot of development at first, but then they start losing momentum and lose it quickly. The projects either devolve to a one-man-show or outright become dead. The thing is a FOSS project needs to acquire funding, web infrastructure, a decent community, and volunteer devs. quickly if it wants a shot at surviving for more than a few years.

Yes it was sad how it went …

To get funding and all that’s needed, you need time to build some trust.
I think they wanted to be supported by companies, which could have been great, and companies probably waited for the software to improve… Similarly to many professionals watching closely the development.

But it can take years until the software is getting the attention it’s deserving, like krita, it was there for quite some time but was very bad, until some day everyone start getting interest and using it.

Then the main Natron developer gave up and started to make an alternative to AE but as a commercial product. It’s not release yet but looks promising.

And FOSS’ best shot at creating an alternative is, ironically, Blender (in spite of it not being a core priority for the dev. team). Blender’s compositor and sequencer are somehow also the only FOSS solutions that see any kind of development over the long term, which says a lot considering you would think a standalone project would naturally lead to more powerful tooling for free.

Vectors are impossible in EEVEE.

? It took me five minutes to figure these out in Eevee & grease pencil Line art. All real-time, and “aliased” pixel edges to achieve that retro look 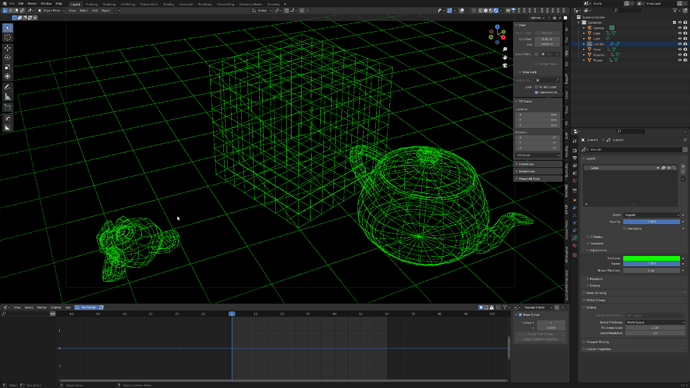 Works in real-time in the viewport.

Ps a simple trick to display edges only: use a geometry noodle to Delete Geometry: Face/Only Faces.

Addendum I made a quick demo file with added retro effects. Find it here:

This is a simple method to create a retro looking glowing “vector scope” wireframe effect with glitches, display low-refresh flicker, and a “low-res” screen option. I’ve attached the blend file for anyone interested in recreating this type of old-fashioned looking wireframes in Eevee. It works in real-time, and renders fast. retro_wireframe.blend (1017.4 KB) Glow, pixelation, and wave distortion are controlled in the Line Art modifiers. The object’s faces are deleted with a simple…

We should make a Blender version for the Commodore64!!!

Next best thing: Raspberry 400 $100. I have Blender 2.79 running on it. Pretty cool mini all-in-one keyboard machine. 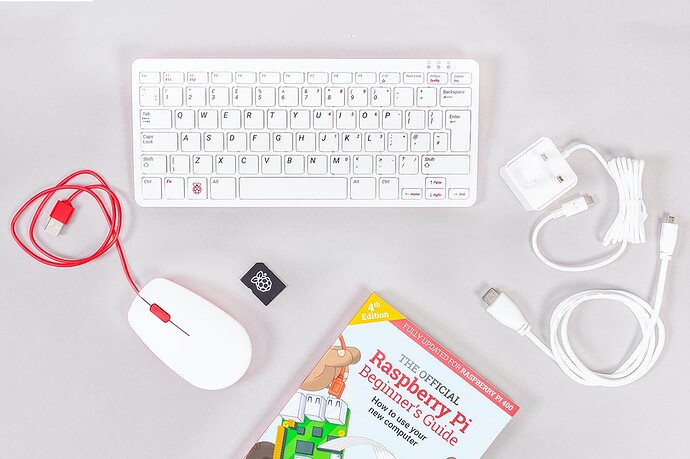 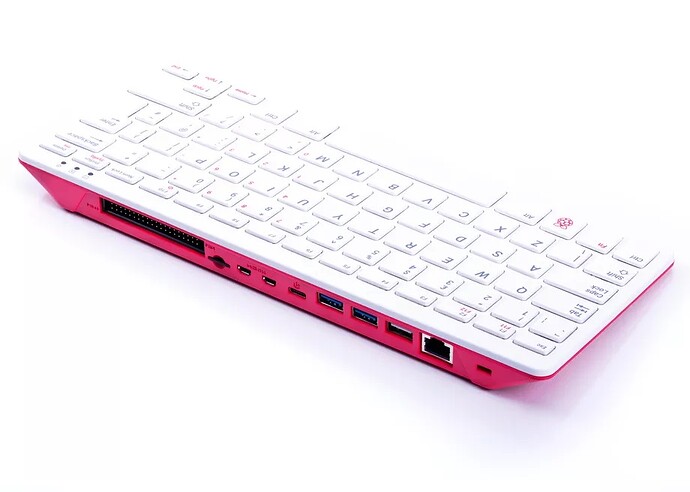 Yes !!
Blender is making slow but steady progress, maybe the viewport compositor will bring new interesting possibilities too !
Natron is better as a compositing app, just not as stable …
But , even if both can’t compete with nuke , fusion or even AE they’re still quite useful !

In master, full frame compositor can be tested in master as experimental feature.
It should output composited render faster.

Thanks a lot @zeauro for telling me that ! I’m going to test that in the upcoming days !
I think it’s an awesome addition to blender and fit really well eevee and grease pencil.
So much cool things are coming into blender these days !!

Hey sorry to bother you, but , when approximately this as landed to master ?
For now I’ve got fullframe compositor in the experimental tab, but I think it’s something else…
But , My build is like a week older…
Are you sure the viewport compositor is in ?

Are you sure the viewport compositor is in ?

The viewport compositor is afaik still in design phase, considered a long term to-do and (presumably) of rather low priority over eevee next (currently being worked on), the vulkan related work and whatever project heist may require Clement Foucault to work on.
My guess is the viewport compositor is still several (future) releases away, might easily get 2023 by then (?).

Okkk !
Thanks a lot for clarifying that !

Indeed I think I’ve read Zeauro answer a bit too fast, and mix-matched Viewport Compositor and FullFrame compositor, that makes a lot of sense now

Thanks again for the in depth answer !

Pablo in recent blender today said there is gonna be a post in dev blog about viewport compositor so expect news soon. It’s being done by different dev, not Clement.

FullFrame compositor is just a setting to change in sidebar of Compositor.
When it is used, compositor should benefit of technics used to make Cycles X render full frame.

Yes ! Because I was a bit sleepy I thought you where talking about viewport compositor both time.
Indeed I already tested FullFrame Compositor, it’s great !
To be really effective having a caching system would be awesome, because you can’t playback your shot realtime even if calculations are quite fast it’s hard to do advanced comp. Viewport Compositor with mitigate that a lot I think, even if as a comp app blender will always be a bit too atypical. Like VSE, but nonetheless being atypical allow for something different that would be hard to do in other apps, on that side it’s great !

For me its a matter of having and older machine and sometime EVEE and Cycles will either freeze the machine or render something that looks like it came out of a mad scientist lab.