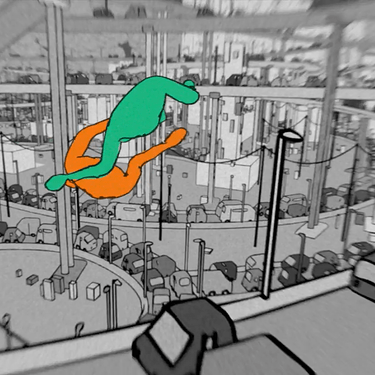 Here’s the animated music video I’ve made for a song by the band KOS. Hope you enjoy!

It’s the longest animation I’ve ever done and it took me about 3 months to complete, from coming up with the plot to the final edit. I made it using only Blender, pen and paper, and a spreadsheet editor to keep track of things on a shotlist. I rigged the 2 main characters with rigify, but apart from that I did everything from scratch.

Initially my idea was to mix hand drawn Greasepencil with 3D, but then I totally got carried away with Geometry Nodes (which are so much fun to experiment with). By the end, apart for a few details, everything is 3D with LineArt modifiers. 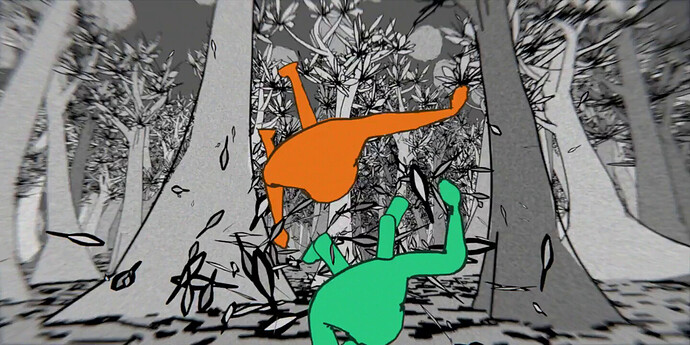 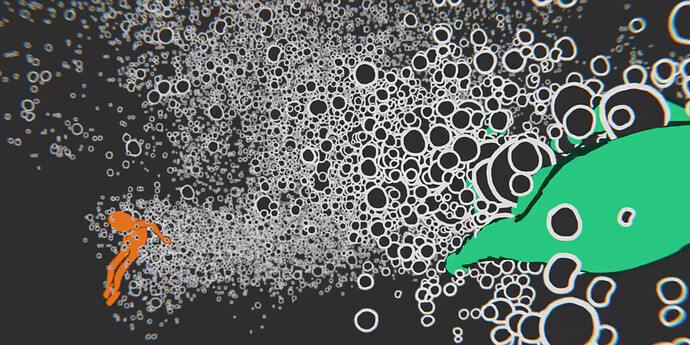 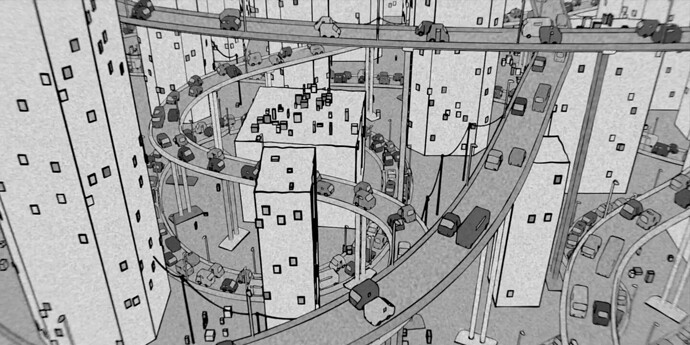 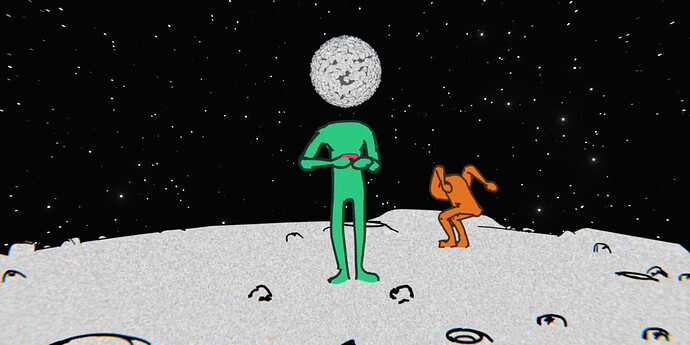 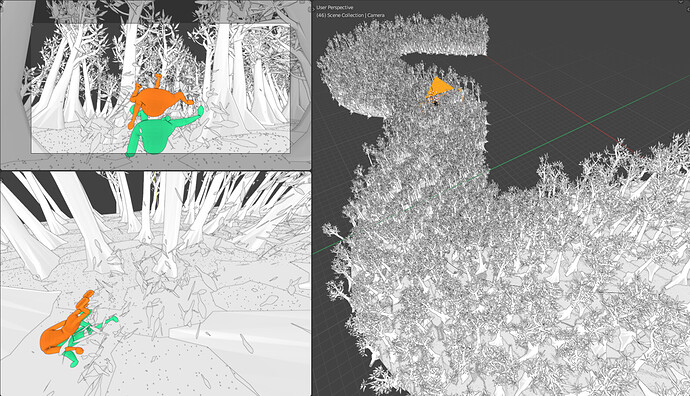 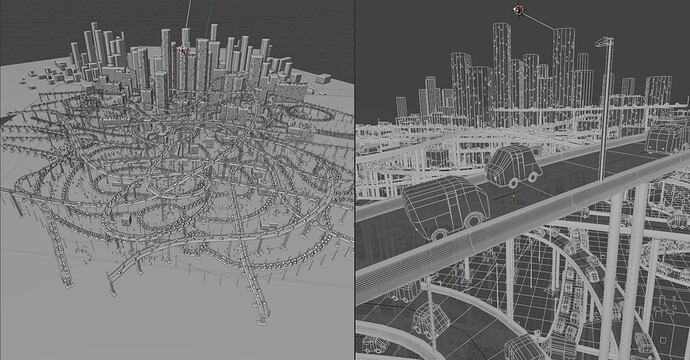 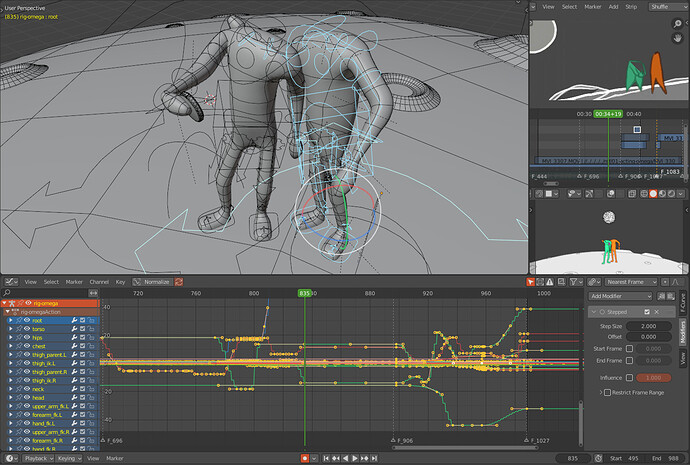 I had to simplify and trim a lot of stuff from the original storyboard to finish it all within the deadline. For most of the shorter shots, what I thought was just a first animation pass ended up being the final one because I didn’t have time to go back and refine it.

t’was so much work!