I figured it was high time that I actually posted some actual art on here again, so here goes!
I have spent a few hrs over the past week or so working on a barbed wire baseball bat…I have never made a weapon before, so this was pretty awesome to get cracking on.
All the modelling was done with subd in Blender 2.58a and the sculpting was done with ZBrush4 R2. 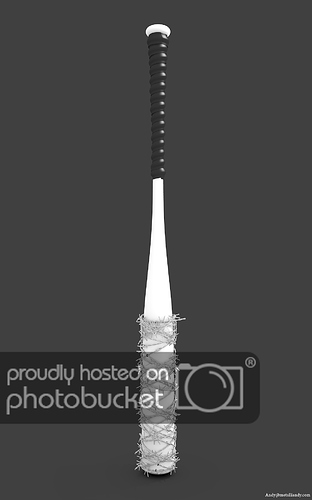 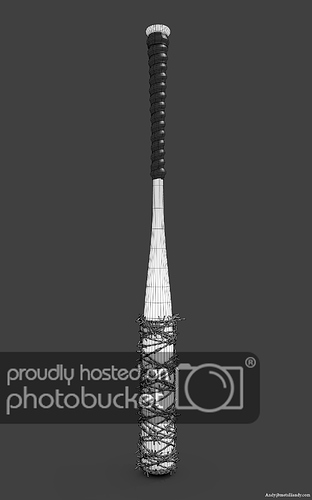 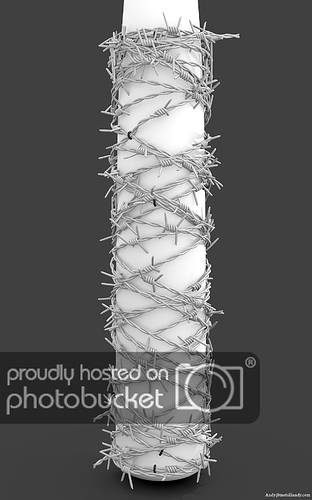 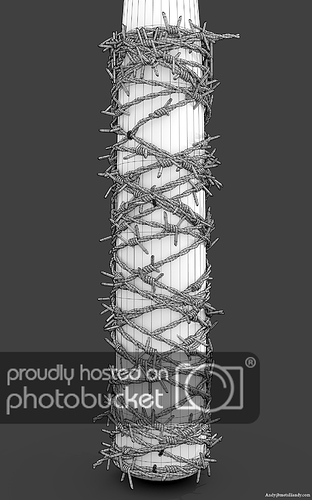 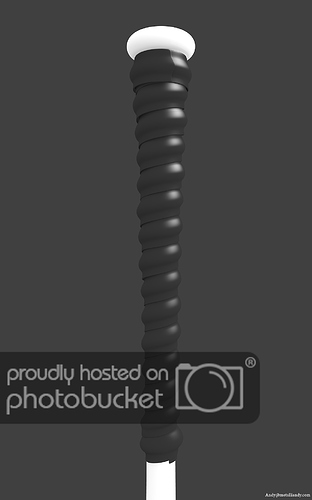 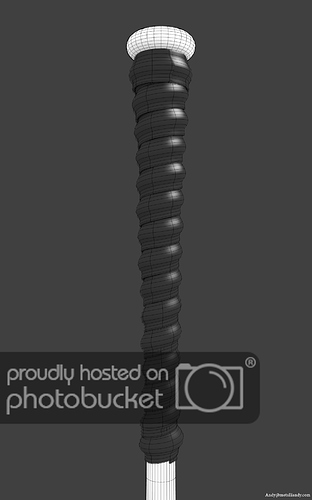 For those who are interested in how I did the barbed wire, it was done by making a small section and then adding an array modifier with the Fit Type set to curve, so that the # of parts would match the length of curve. I then added a curve modifier that deformed the barbed wire along the curve. 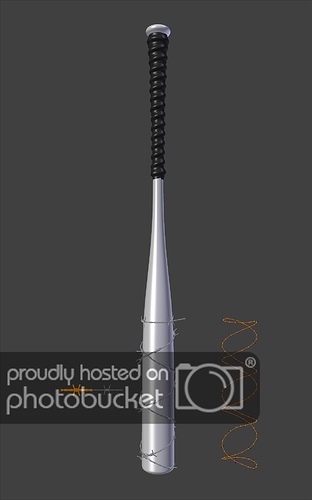 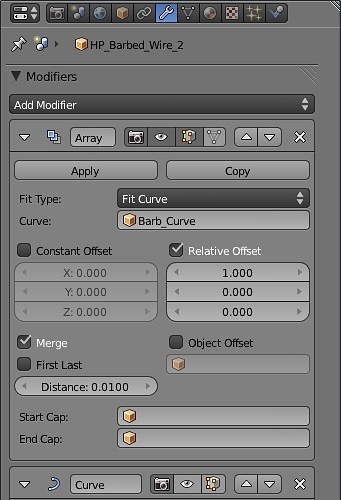 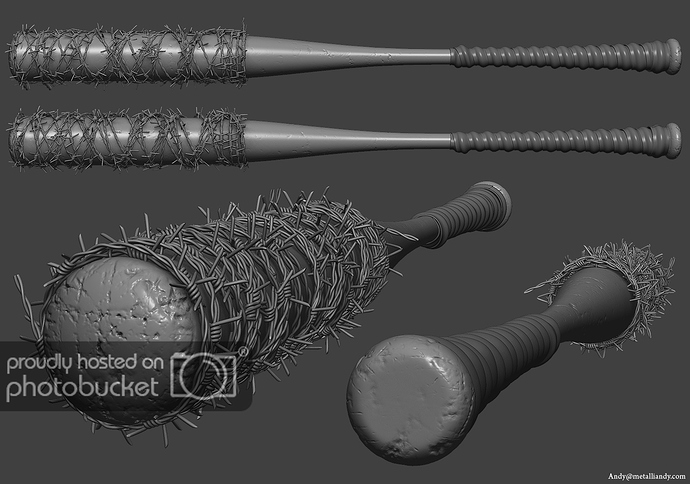 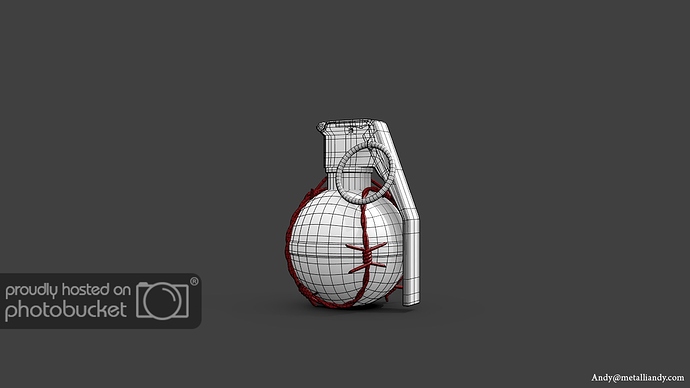 The barbed wire on the ball is the same deal with the fit to curve as before, but this time I had to make it permanent, because there was quite a gap between the wire.

The barbed wire looks awesome! The idea of the ball-grenade is a great concept too! Great work!

@everyone,
I tried to load the images using the BA attachment referencing, but some of the images were to large apparently. Sorry that you all have to scroll

Looking good, although you really really really need to go in with Zbrush and add some detail to the hand grip on the baseball bat, it’s way to smooth and plasticy, and really pops out compared to the rest of the model. But otherwise looking good.

Thanks maul2!
You are correct about the handle tape. I’m currently sculpting the damage for that and will post some updates as soon as its done

Fantastic work :yes:
And a huge thank you for explaining how the barb wire was made!
I’d like to see a finished Cycles render of this sometime

Just a small update for the Baseball/Grenade. Apart from thinking of a way to secure the barbed wire to the surface, I think I’m about done with it…unless anyone can see anything that I missed.

I agree that the barbed wire looks awesome, the hand grenade is cool too since it looks like a baseball and the detail is very nice and clean. Great job, keep it up

Apart from thinking of a way to secure the barbed wire to the surface,

Thanks guys!
Maybe some sort of transparent tape would be in order? I think welding would be a little dangerous for the welder

The wire could be secured using crazy glue.

Or how about Band-Aids?

BTW, thanks for explaining how arrays work with curves. I’ve been trying to figure that out for days.

Considering the fact that the barbed wire is wrapped around a baseball bat, the barbs on the wire still look very straight and new.

I’d possibly make your array 2 or 3 sections in length, and bending a couple slightly, then array this as per before. Small imperfections will go a long way to the realism.

I’d also go with duct-tape or even string to keep the barb on the grenade/baseball.
Though barbs on somethin your gonna grab or gets caught on yourself, while not practical looks great!

Band aids might be cool!
No problem about explaining the curves. It’s easy once you know how, but can take a while to get into the swing of it, if you are flying blind

@Odeas,
Yea, you are of course correct, but I can’t make everything super unique due to the limitations of the low poly mesh that this will be baked down too. It’s still a valid point though, and depending on how many polys I use, I might actually model the barbs, which would allow for a greater level of control for things like the that.
Thanks for the input!

I finally got an hour or so to get stuck into this again and managed to do a first pass on the wood grain and leather straps!
The wear on the straps may be a little much at the moment, but I can always refine that later

I also did a light corrosion pass on the barbedwire, but I’m not sure if that is up to scratch. (no pun intended)

This looks great and those grenades would stick to anything now!

How did you make those small dints on top off the bat ?

Wow the progress on these models is really coming along nicely. Looking forward to seeing the lowpoly version finished and textured :D! Keep up the quality work ;).

If only you had done the sculpting in Blender it would look REALLY good (just kidding).

Any particular reason why you make such a lethal weapon? Contributing to some “Left 4 Dead” or “Dead Island” game content?

This looks great and those grenades would stick to anything now!

How did you make those small dints on top off the bat ?

If you use ZBrush, you can grab the brushes I made from HERE. (I used the Morph_Spray1 and the Standard_StoneEdges brushes)
I also used Michael Vicente’s (Orb) Orb_Cracks brush for the scratches, which you can get HERE (Cheers Orb!)

Wow the progress on these models is really coming along nicely. Looking forward to seeing the lowpoly version finished and textured :D! Keep up the quality work ;).

If only you had done the sculpting in Blender it would look REALLY good (just kidding).

Any particular reason why you make such a lethal weapon? Contributing to some “Left 4 Dead” or “Dead Island” game content?

Thanks for the kind words! I started this model for some fun

It’s the first weapon I have ever made, so I thought it would be a nice change from the usual stuff I do.

but this cannot be done yet in blender for the brush crack?

trying to redo this barbed wires