So, it’s time to start a new project

This time I decided to choose something from the aviation industry to model and it’s Beechcraft Baron G58 twin-engine airplane.
Here are some photos from the official web site (https://beechcraft.txtav.com/en/baron-g58): I like this aircraft because there are a lot in common with car modelling (especially regarding the interior), but also there are some challenging tasks like rivets modeling/texturing, landing gears modelling and rigging etc.

In a scope of this project I also record a video of a creation process. For the time being there is only one published video and it’s about propeller modelling. Hope you like it and if you have any suggestions/recommendations regarding the video format, please, share your thoughts

This thread contains final renders of the project: https://blenderartists.org/t/baron-is-ready

Some more details regarding different aspects of the model creation:

Behind the Scenes: Baron is Ready - BlenderNation

Hello, everybody! My name is Roman Volkov, I’m an Education Coordinator at PortaOne in Sumy, Ukraine. I’ve been leading free courses on Linux & Network Administration, Perl, Python, and VoIP in a specialized laboratory for many years. For some...

It’s a video series on modeling Beechcraft Baron G58 aircraft. It was hard to find good plans of this aircraft, although there are some good plans of corresponding RC models. But that plans have many differences with the real aircraft. So, the decision was to use photos as plans for reference.

Some shots of a current project state and yet another video timelapse. 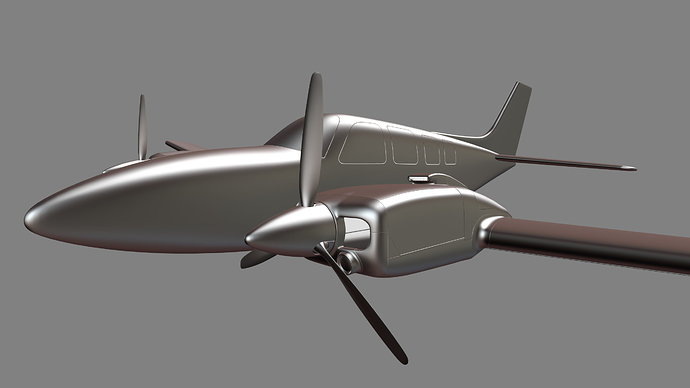 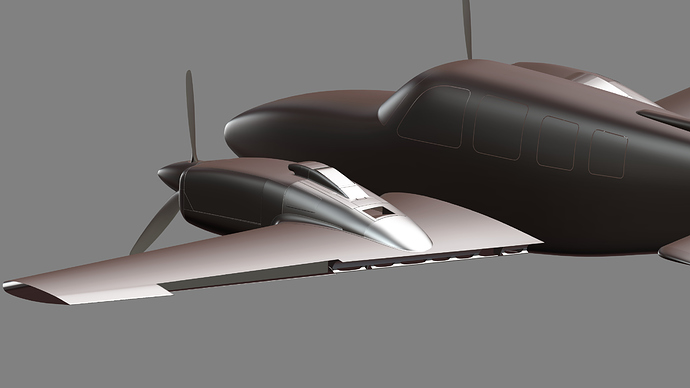 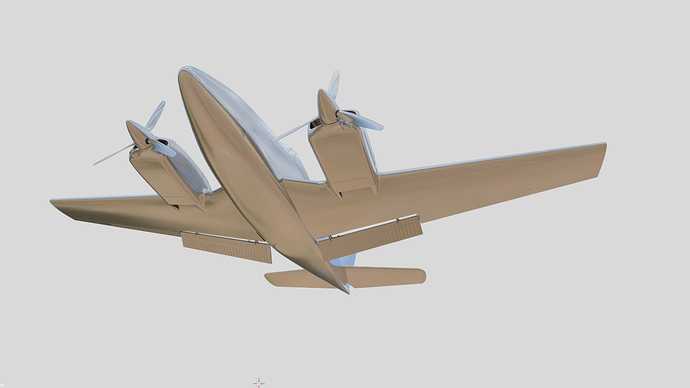 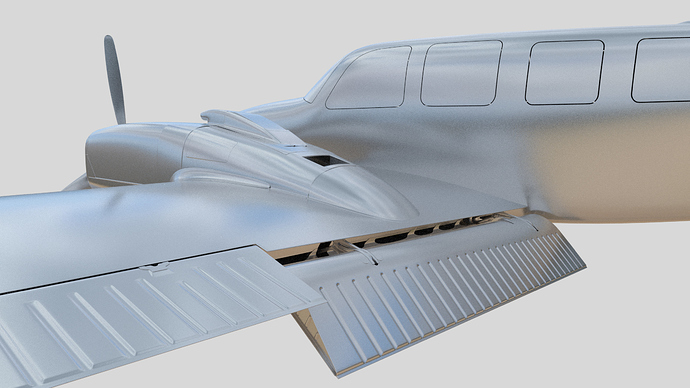 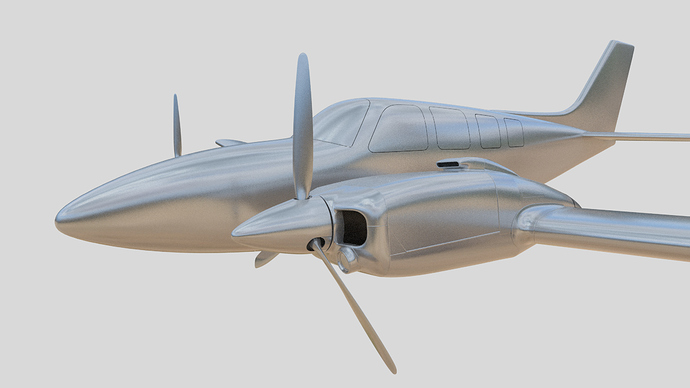 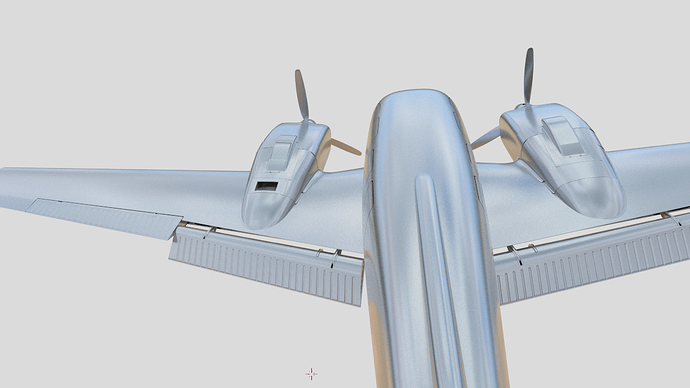 I play with different modelling techniques. This time I also use shrink wrap modifier to make a smooth shape of the fuselage. Although an engine cowling was modeled without this modifier, I think I should revise it using this technique.

Why shrinkwrap as opposed to subd?

Why shrinkwrap as opposed to subd?

Not opposed, but as an addition to the subsurf modifier. I consider it as a helper tool to simplify a vertices alignment process.

Great plane! It would be nice to see your model!

Aileron and trim tab. There should be also several rods, but they are hardly visible, so I decided not to model them. 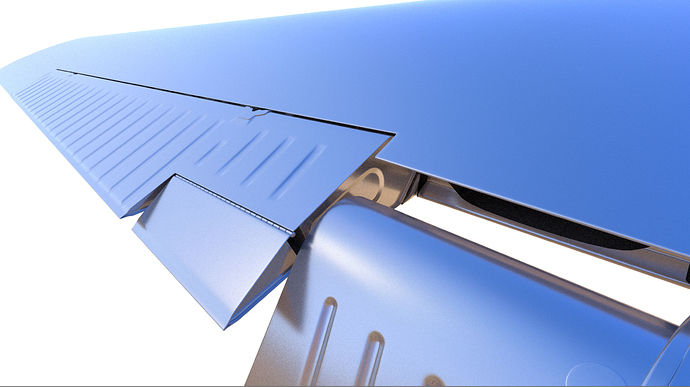 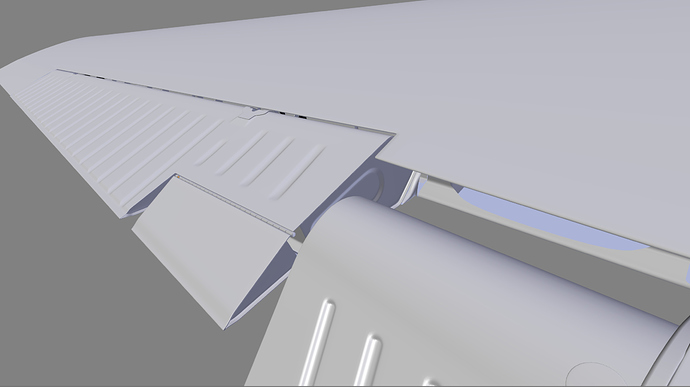 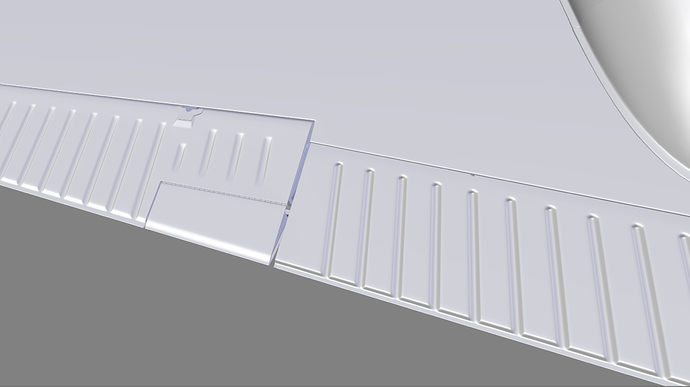 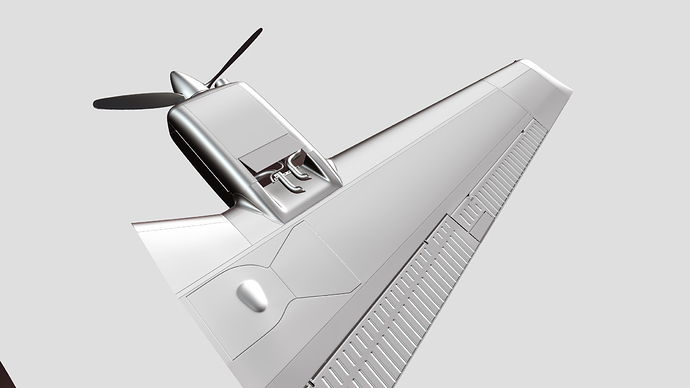 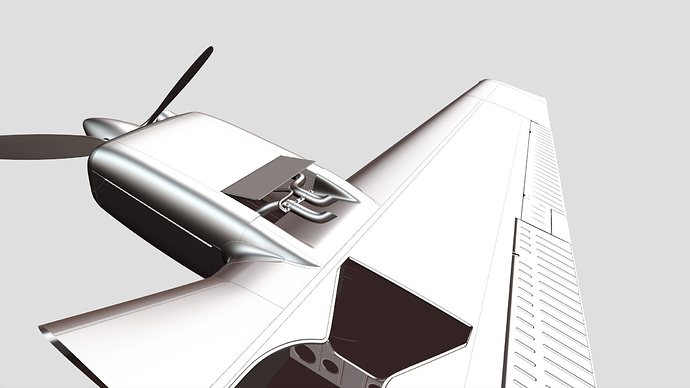 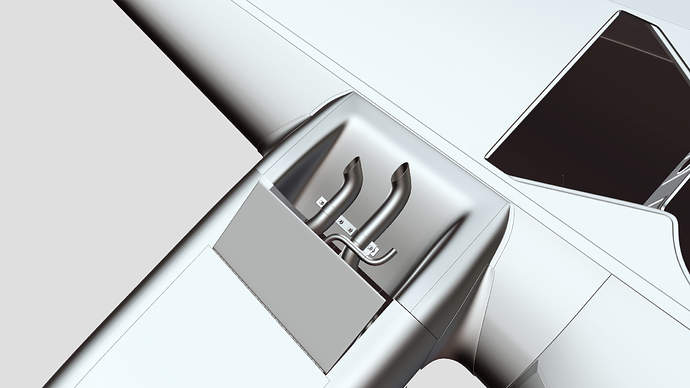 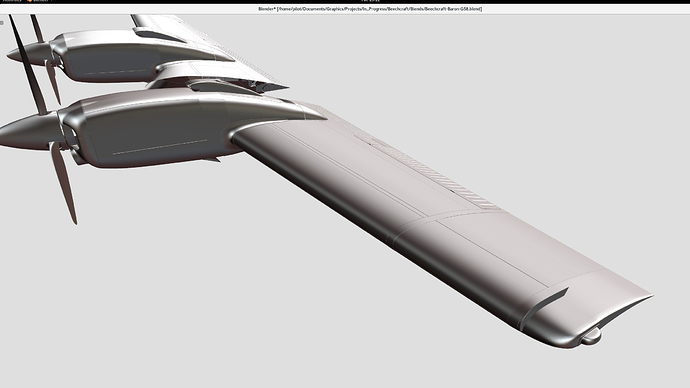 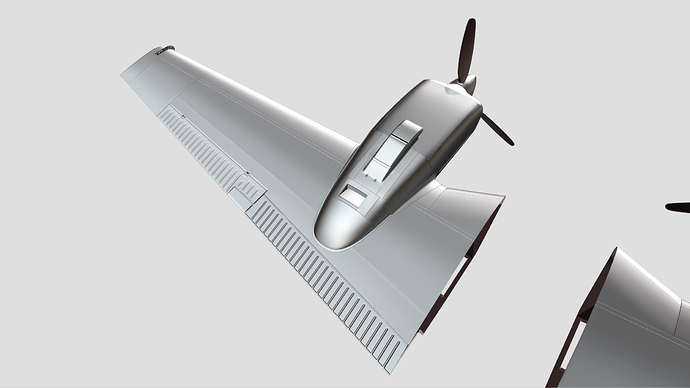 And yet another video: 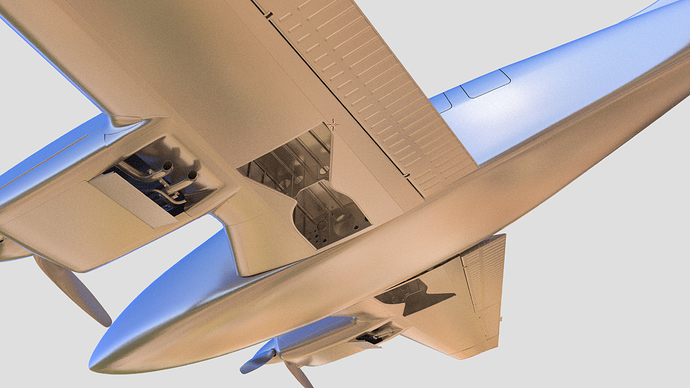 I love how engines connects to the wing! Great job!

Some updates. There are still a lot of things left to do with the landing gear mechanism. Here is one of intermediate stages. For the landing gear I decided to use a mid-poly technique (without subsurf modifier) 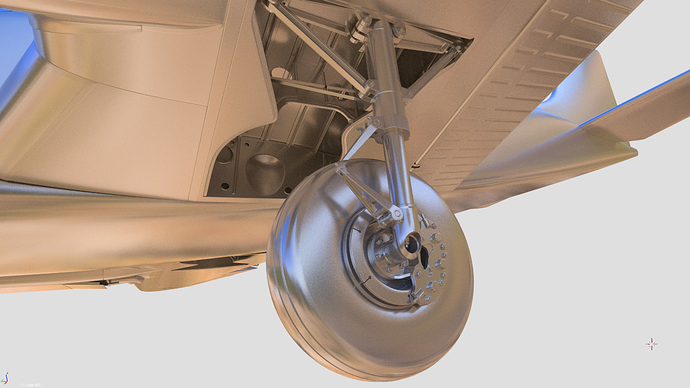 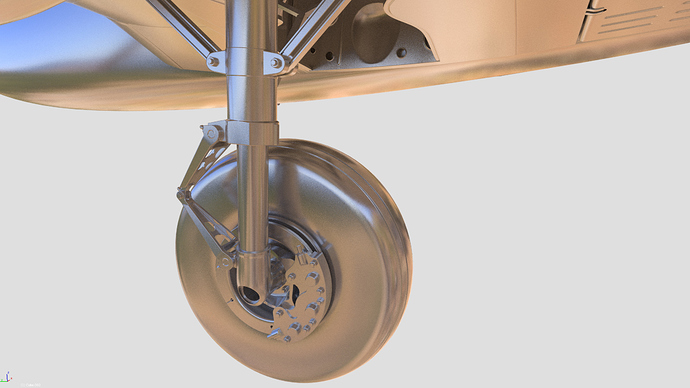 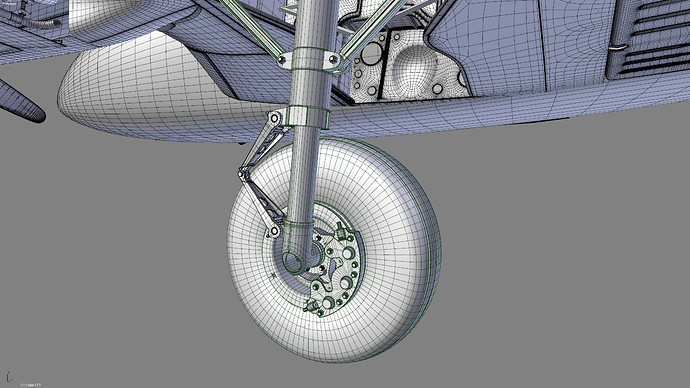 Yet another timelapse. Ailerons modeling.

First tests on landing gear rigging. As to modeling part, there are still a lot of things left to do

Great !!!
You’re making some beautiful things, considering how the model like until now could be interresting to see it in some Simultor (like FlightSimulator or Xplane).
Anyway, it is only an idea.
Francesco

Thank you, @FraSLT02!
I suppose there is some strict requirements regarding the maximum number of polygons per model for such simulators. It seems the model may be too complex for them.
But it’s a good idea anyway.

Here are some updates: 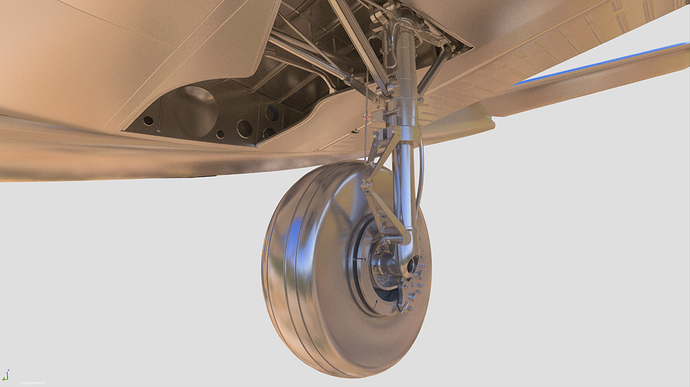 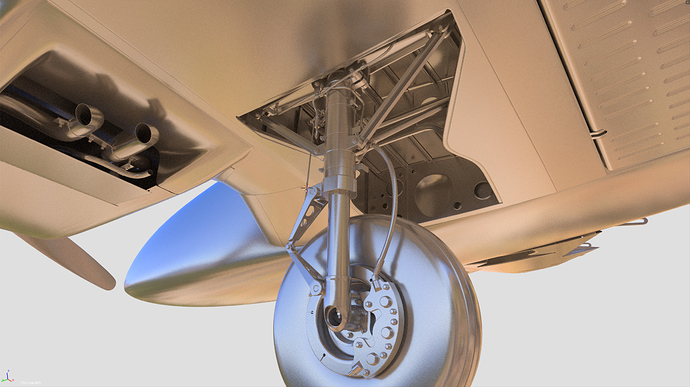 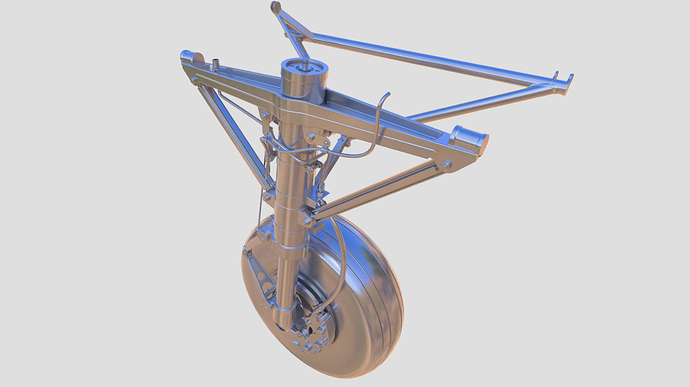 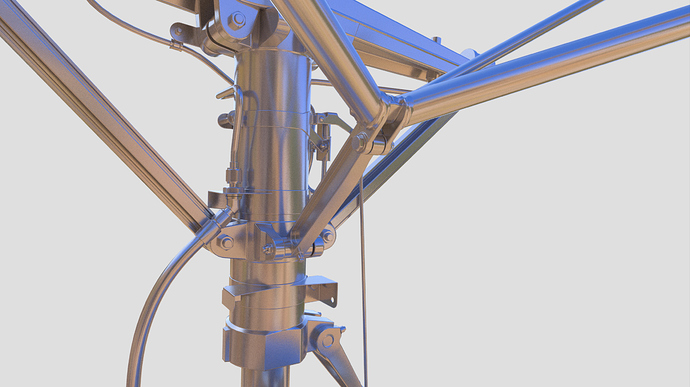