Belter Skiff from the Expanse (part2) 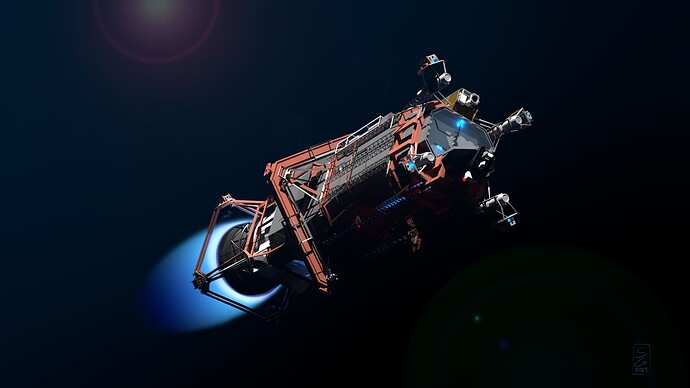 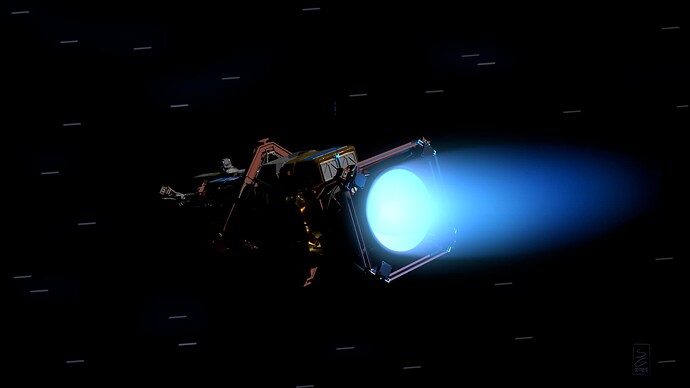 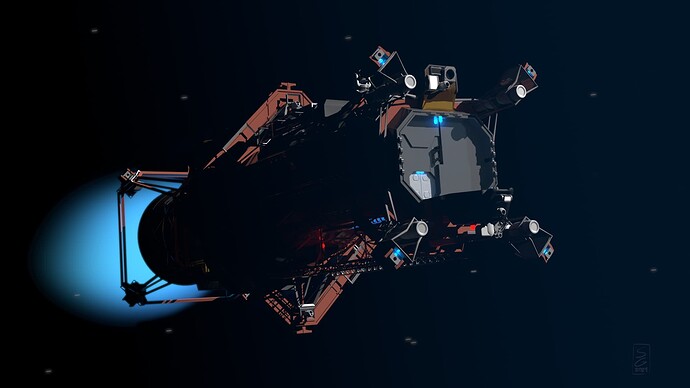 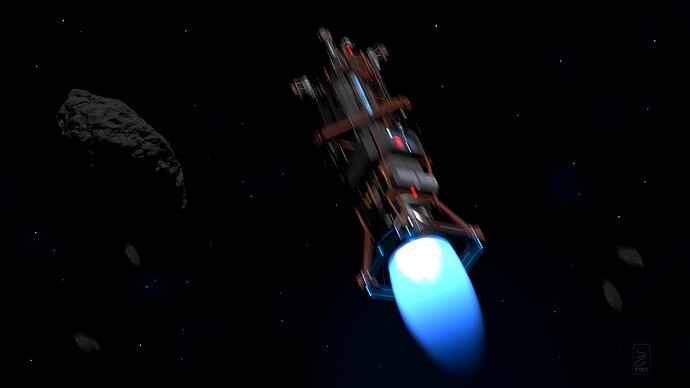 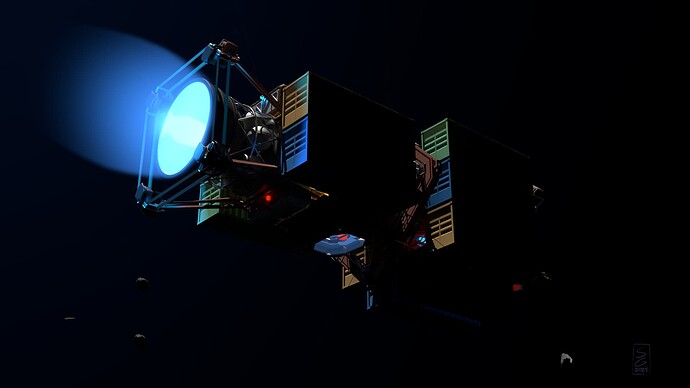 This is a fan art from The Expanse. Almost complete but there are no textures and some parts (robotic arms) are still to do.
there was a previous post with more details on the ship and its lore: Belter Skiff from the Expanse

I plan to make more pictures with a character working outside, some other shots within an asteroid field.

About the design:
here I tried to embodies the belter philosophy of life in space: being safe and efficient without waste of resources. Design reflects this focus on optimization: rather than a specific design it is made of generic parts around an Epstein drive engine/pressurized life cell couple. The devices and sensors are mounted outside on an exoskeleton to optimize the interior lifespace.
This way, spare parts are easily available in the belt, while its ability to evolve and customise with new devices allows a wide range of missions. ( like pirate, explorer, free Navy… )

Being limited to the belt area, it is not intended for atmospheric entry. Thus, unlike the Earth and Martian ships, it does not have a hull reinforced with ceramic heat bricks. However, It has a “hot” side, which is preferably turned towards the sun equipped with old fashioned golden thermal blankets and solar panels for economy and safety.

Working in asteroid fields is a dangerous activity, which requires a high degree of manoeuvrability.
The ship has 2x4 corner thrusters in both front and rear, which gives it a very short turning radius, while the command\operation room is located in the central section. This way the crew is subjected to a lower angular velocity during manoeuvres. At high speed, belters who have grown up in reduced gravity risk heart attacks or strokes. Finally it is equipped with an emergency braking system of four forward mounted retrorockets, in case the ship is going too fast for a High G turnaround. 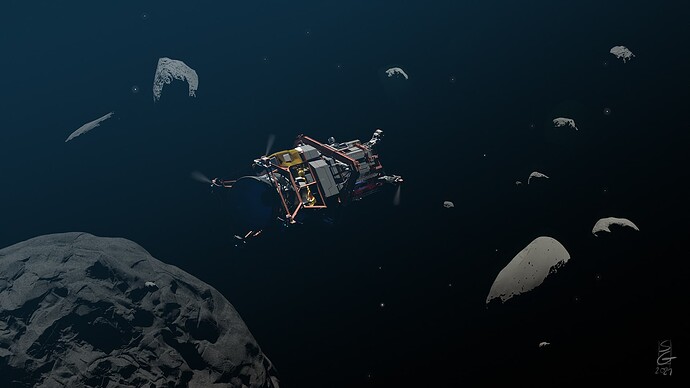 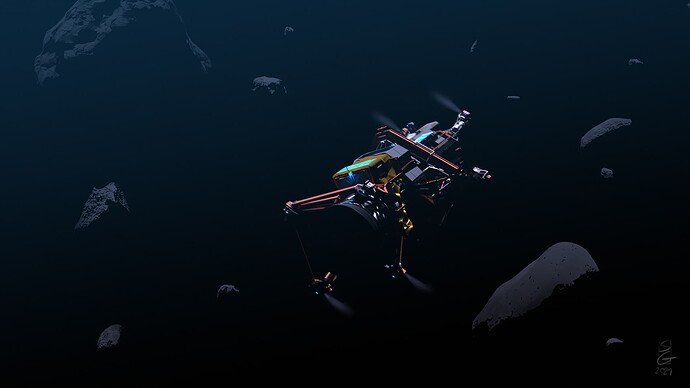