the way I’m planning it right now, this is going to be a regularly updated thread about this project.

I am involved in a relatively big scifi/action/post-apocalyptic/adventure movie called ‘Beyond the Blue’. It’s going to be about 45 minutes long when it’s finished and it’s being organized and mostly directed by @ChrisG-Imagery. There’s going to be a lot of visual special effects and fully cg scenes - which is where Blender comes in.

This is an amateur project and for many of us it is the first time doing a ‘real’ movie, but we managed to find a few really great local actors in southern Germany and have already filmed most of the film, with only a handful of shoots left.
Due to the ‘situation’ we have had to stop filming early and we’ll have to shoot the rest of the movie when we are able to, which will hopefully be next spring. So, during the winter, we’ll be doing as much of the special effects as we can.

The film’s Story is about friendship and finding one’s courage.
Earth is a dying planet. The air quality has been getting worse to a point where some regions have become inhabitable. Additionally, the organization RISC is terrorizing the people, trying to subjugate them. Most of earth’s population has already left the planet with the help of the organization RISE, in hope of finding a new home.
Kenny is holding onto his homeland and still lives on earth. He’s chaotic and lazy, but also lovable. He is a great florist and managed to grow a plant that could save the earth by producing enough fresh air, but RISC finds out and dispels him from his home.
Jessy is a good old friend of Kenny’s and together they start a long journey to save the planet from a dangerous conspiracy.

I’ve already created a thread in the ‘finished projects’ category about the movie’s first shot: 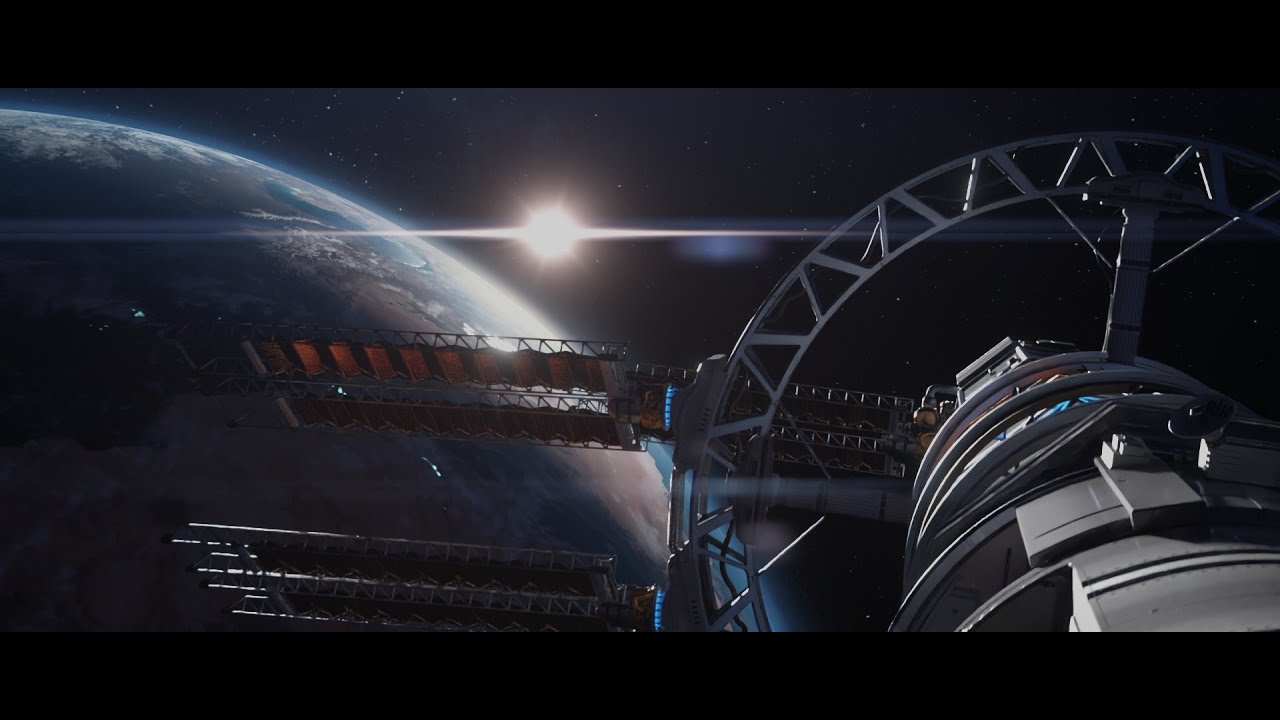 Hey there, together with @ChrisG-Imagery and a few other talented filmmakers I’m working on a relatively big no-budget Scifi film project “Beyond the Blue”. The story evolves around two friends living a world that is close to dying and trying to get the last hope of the planet, a genetically modified plant, to an organization of which they hope it can put it to use. [BlenderArtists] This is going to be a frame of the very first shot of the movie: a spaceship orbiting around earth, carrying …

The rendered animation is not the final render, so that’s why the quality is still not final. The flickering on the solar panels for example will be removed by then.

I’ve also been working on a little robot called ‘Alpha 13’. He’s Kenny’s sidekick and is a real help for him, saving him from various situations and being a good friend. He has various functions from being a clock with alarm, featuring a projector, a little circular saw, and a lot more tricks that will come in handy in the movie. Oh, and he is also a billard ball.

This is the first animated test for Alpha. It’s still very rough around some edges, but I believe it really shows how his emotions and character can be animated and it already was a great help to me for improving his rig.

If you’ve already got some feedback for these two clips, I’ll be so happy to read it. There’ll be more coming in the future so stay tuned…

Hey, just a little update on what happened the last week.

First of all, I’ve been featured on BlenderNation for the movie’s first shot! If you want to learn more about the process of creating this scene I’ve broken it down here:

Behind the Scenes: Scifi Spaceship Orbiting Around Earth

Hello there! My name is Alexander Bombelli (aka Scalix) and I am a 22-year-old German student in technical engineering. I have been using Blender as a hobby for probably the last ten years…

Also, I’ve been working on these two shots with Alpha 13 to test out the animation a bit further and try how well he could be integrated into some camera footage. You can see the original footage first, then with Alpha 13 included. There have been a few more things I had to do to make this scene work: In the first shot you can see a Microphone between the two actors that I had to cut out. then, Matching Alpha 13’s shadow with that of the ground wasn’t easy, but I think it looks pretty good right now. I also created shadow on the black swordshaft he jumps over to better integrate him into the scene. I also had to fake the lens flares a little bit.

Everything is still done in Blender, and I’m really starting to learn the motion tracking process aswell as colour management and a few great tricks with the compositor. And hopefully I’ll be able to become more efficient at doing it, this still took quite a while, but I’m pretty happy with the results.