I am starting this thread for fun, but also to help the community a bit :
write down what you find most absurd in blender, regarding it’s features, completeness, compatibility between editors, UI , code structure, API, e.t.c.
Please DON’T DISCUSS in this thread, it’s supposed to be a list which is readable. So, don’t react to what others write, if you want to do so, start a new thread, please. If this thread gets messy, it won’t be usefull to anyone.

This list can maybe draw a bit some image of how things could be put more together. It is in no way inteded as a way of complaining to developers. The idea behind it is to get ideas from it, about small things that could be improved.
Put your idea into shortest as possible formulation!

Don’t put any frustration or anger in your post.

You can unwrap UVs in 3d view, but you can not unwrap in the UV editor, if there’s no UV layer yet.

You can mark a seam, but not unmark it in the UV editor.

No way to change sides/segments after you have created an object. Makes prototyping a pain.

Blender Artists who hope against hope that their pet peeve will be fixed if they can just find the right way to say it in the forum. :evilgrin:

When we use material nodes with BI, material input node have a “add new” button to allow us to create a material for this specific node.
But there is no such button in texture node. You have to create it in Properties Editor for an inappropriate user before seeing it in the list.
Then, you have to delete it for inappropriate user to use it only as node input for appropriate socket in nodetree. 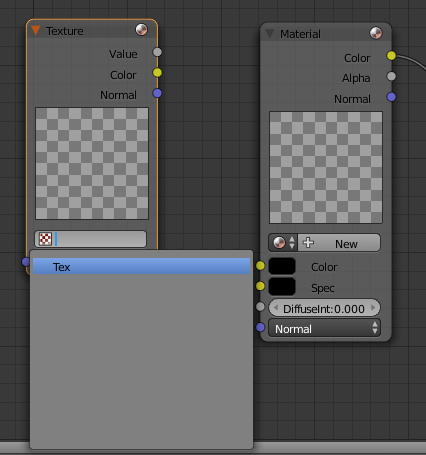 No way to feed the output of the VSE back into the compositor.

Nurbs objects are so unuseful to me!

finally a thread that makes sense!

Current design of 2 axis constrain for the 3d view manipulator i would call semi-absurd.
http://www.blenderartists.org/forum/showthread.php?346794-Improving-Blender-workflow&p=2711893&highlight=#post2711893

When i set local ( or whatever else that is not global ) transformations, using S G or R will still use Global space

Current design of 2 axis constrain for the 3d view manipulator i would call semi-absurd.
http://www.blenderartists.org/forum/showthread.php?346794-Improving-Blender-workflow&p=2711893&highlight=#post2711893

Region overlap does not work everywhere!

The impossibility of knowing the angles of rotation of a bone in World coordinates, either in poses or in edit mode.

Well… you can snap to grid with cumbersome shift+s, s, but it’s not a selectable snap mode as when you move elements with mouse. It makes absolutely no sense, because snap to grid is the most important and useful snapping mode.

Honestly, the most absurd absurdity I know is right-click select.