Character art work and the Uncanny Is blender the tool?

Im looking over into the Blender world as a C4D user. Im looking into particular for realistic characters, rigging, animation, realistic hair and good skin shading from Random Walk.

Im also looking over into the Maya world for such things which I know its well equipped for. I run a Youtube channel called CGDreamsTutorials, and it covers training from Modo, Zbrush, and C4D but my passion is reaching the Uncanny. Cant afford the Subscriptions with Maxon, Im a perpetual user.

I do already use Ornatrix hair plugging so will need an equally powerful hair system that is fast reliable and has scope for long hairstyles.

If I come over to Blender I would be willing to pay for dedicated training done well to get me over this transition as fast as possible.

Any info on training and on this topic would be most welcome.

It’s specific to portraiture, so it’ll cover the modeling/lighting/shading side of things and is focused on faces but that’s 80% of what you need right there. I believe it also covers short particle hair and some basic cloth stuff. You can apply the same workflow to the body, since you probably already know the basics as far as anatomy goes from your zBrush experience.

For rigging/animation my go to reccomendations are either Dikko’s series, or Royal Skies’ series (includes animation). Both have face rigs, and RS has an additional series on face rigs for motion capture, and a rigging crash course (though most of his vids are short and to the point).

A new hair system is coming to blender soon so I’m not sure how much I would invest in learning the current one. The current one probably can’t compete with Ornatrix anyway.

Thank you. That is well worth every bit of the price. Now I need a getting started into Blender to learn where everything is located.

I guess I hadn’t considered you might be starting from scratch learning Blender: here’s a tutorial series to familiarize yourself with the Blender basics.

There’s also the donut tutorial series, but it’s length can be a turn off to a lot of people, and Andrew Price isn’t really someone I recommend to people these days for more than one reason. (The 3.0 donut series is shorter, but I’ve heard it’s not as instructive or useful, so if you’re going to go that route, stick with the higher quality 2.8 donut tutorial version)

From looking at your work I am surprised that you didn’t come over to Blender sooner.

In terms of advanced character and creature work and animation Blender already has a very robust and complete tool set that offers a lot of flexibility and potential. I came to Blender myself from many years in the industry in TV and games of using most of the 3D animation mainstays. Although never Cinema 4D admittedly. It had been almost totally off my radar for many years until they suddenly bought ZBrush which as a ( perpetual user. ) I absolutely did not see coming.

From my perspective right now Blender feels like it must be the best self contained all round generalist 3D and CGI content creation app out there for independent creatives regardless of price. Although many of us do pay what we can for Blender through avenues like the Dev Fund and Blender Studio. But nobody is forced and can pay what they can afford when they want. There is also the freedom from seat licensing headaches and stresses and the ability to always have access to older versions and even to run multiple Blender versions at once. The considerable advantages and workflow freedoms of this are hard to overestimate.

The real beauty of Blender though as a user app I have found is how everything works in tandem together. It’s been a joy to discover all of the many ways it can be so efficiently pipelined into itself and right now the overall team work and studio pipeline side is getting a lot of work and attention.

There are some very good suggestions already here especially CG Cookie but give Blender Studio a try too. This is the Blender Studio in Amsterdam own tutorial site and helps to directly fund development through the open movies. So this goes right into supporting development. Right now they are working on a more realist style character film project called Project Heist. There is a lot of time being devoted to realist human character work right now. Lot’s of RnD going on and more dedicated workflow features and tutorials to come. 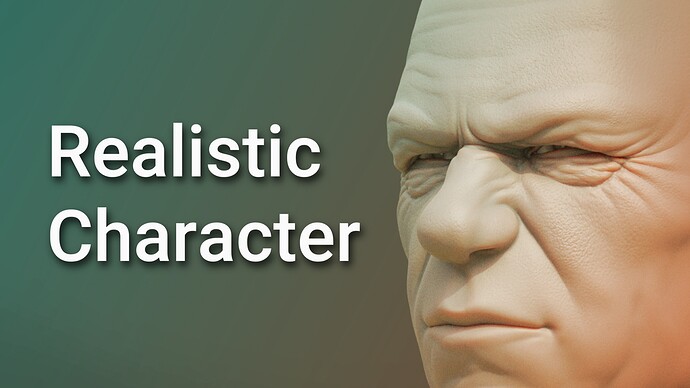 Here we share all current research and techniques on creating realistic human characters in Blender. This is closely tied to "Project Heist" but would become a tutorial series. 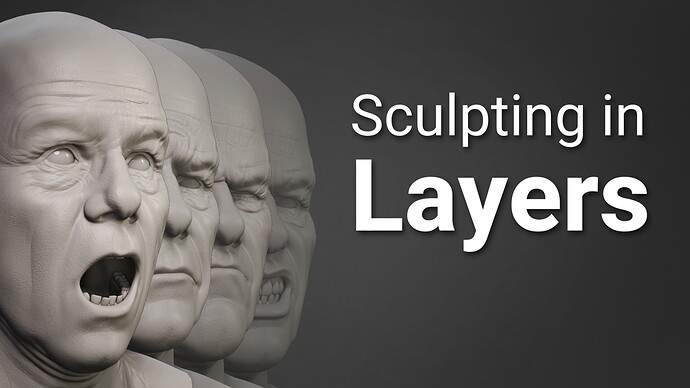 Julien shares the current workflow of layered sculpting for realistic expressions and poses in the Heist film production.

Thank you, thats very interesting and will check out the Blender Studio, would be good to be part of something new.

This is well worth a read Human Progress

Thank you, I have seen @ChrisJones work, it looks like he has ventured into this areas very deep and like what I see. I will contact him soon unless he chimes in here.
Dan

it ain’t cheap?? thats the cheapest and the best course for hyper realistic character creation in only blender

I think you misunderstood: I’m talking about cost, not value. It’s a good tutorial for those who can afford it, but while fairly priced, it’s not a trivial amount of money either.

yeah i meant about cost, it aint as “expensive” as kris costa’s courses if you want a reference