As far as I can tell virtually none of this power is in Cycles. The textures we can use in cycles are in Add Texture menu. Have I got this right? It seems almost incredible. Will there be changes here? I say this because if this is all we have it’s absolute death of Blender as procedural texture generator. The internal renderer is infinitely more powerful.

The main problem is that you have no choice of basis function for the fractal. That utterly kills the power.

Alas… You hit this nail right on the head…

Blender Internal and Cycles don’t and can’t share their procedural textures. Even BI node-based textures don’t work in Cycles. We have these 3 pale copies of what BI can do… and that’s all.

I have yet to see an explanation about the how and why. I just live with it. :no:

Before you go about saying it is broken, maybe double check that there aren’t solutions for your needs already found by those that have been experimenting. I have been reading this thread to learn more about what is possible with procedurals in Cycles.
http://www.blenderartists.org/forum/showthread.php?278285-Yet-Another-Thread-about-Cycles-Materials

I am not saying you don’t have a point , but you also haven’t shown screen shots of what you want to do versus what you are capable of getting for comparison.

OK guys. Here’s where I’m coming from with. I do landscape stuff. I’ve used Mojoworld and currently play with Terragen 2 a bit. Why do I not spend more time with Terragen? Terragen has dumbed down fractal power. Nothing compared to Mojoworld. However, Blender has all that fractal power in the internal renderer. I’ve messed with Blender on and off knowing that it has this tremendous fractal power. Obviously there are some limitations compared to a dedicated landscape app in terms of the kind of scales you can reach but due to increases in computer power, Blender is becoming viable for very nice landscapes. It would benefit from some kind of micropoly displacement but good results are possible. Not so in Cycles though because the fractal is utterly crippled. If this kind of crippling is the future then that kills Blender’s capability for decent landscapes. All that fractal power is very important. At the moment the internal renderer is fine. Cycles is not necessarily needed with it’s fancy lighting. Landscapes don’t benefit as much as closer viewed objects in terms of bounced light but if Cycles (in it’s present procedural state) is the intended replacement for Blender Internal that would really cripple Blender’s procedural ability and this relates to anything. If you can use procedurals for certain effects, it’s much better than using bitmaps. Bitmaps aren’t much good for landscapes.

what in particular does Cycles not have?

I noticed that there is no stuccy node, the wood node in Cycles misses the SAW interpolation, and for texturing you cannot use an empty as a texture coordinate input.

Otherwise I feel it offers a lot more than BI.

Craig. I looked at that thread you linked to. However, it’s no match for Blender internal’s fractal power at all. If Blender is to be dumbed down to that level it’s very sad. I say this coming from a direction of knowing how to use these fractals so what I’m saying may not be understood if you haven’t extensively used fractals like the ones in Blender’s Internal. Lopping off basis function selection alone is an enormous cippling. Those fractals like the Musgave ones are brilliant.

Cekuhnen, You probably don’t mess with the fractals that much that’s why you don’t see what I mean. Many Blender users will get by without experimenting with the fractal. Here’s one example of many I have. You can’t get these forms in Cycles. There are infinite realistic and beautiful textures you can get with Blender’s Internal fractals. 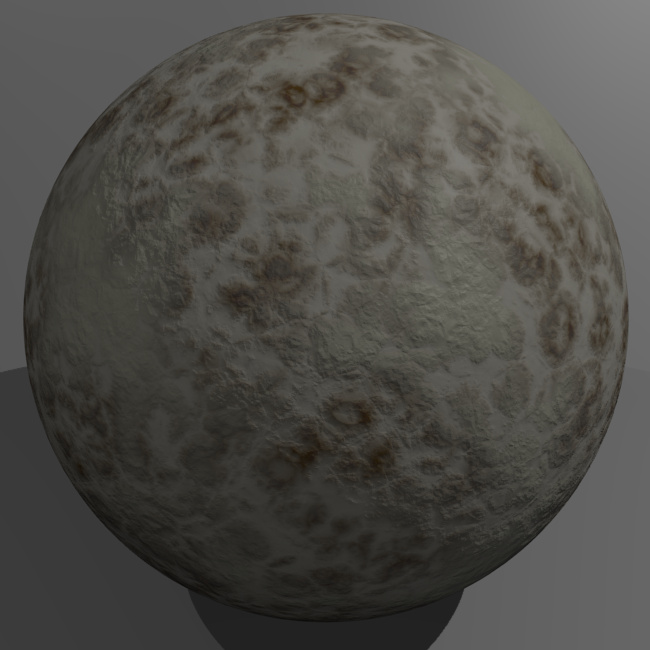 Here’s some more examples of various testing I’ve done occasionally. Recently I decided to take this much further, working on large terrains and such like. Cycles though? No good. I have also been working on clouds. tree populations etc.

Excuse me, but you are just saying you can’t without proving it - show the Blender Internal textures setup and give somebody the chance to prove or disprove your assertion. I would gladly like to see the use case illustrated so that the devs can see about bringing it in when they port the rest of the feature set not in Cycles yet, like baking.

OK. I’ll get some screen shots sorted. The main problem is you have no basis function selection as far as I can see. That is crucial to the fractal’s power to create myriads of beautiful procedural textures. I’ve posted at the Blender site to see what they say. If they say that the procedurals are the way they are in Cycles and wont get improved that really kills Blender’s potential for great landscapes, that is if they replace the Internal renderer with Cycles.

They are a far way off from being done with it, no worries.

They are a far way off from being done with it, no worries.

Well lets hope that is the case. If Blender Internal gets dumped and any of the main faetures aren’t in Cycles it would be tragic.

Here’s two screenshots demonstrating the main problem. I’ve not taken a screenshot of nodes. The BI texture wasn’t done in nodes anway. Top section is BI texture. Notice that menu of basis functions. Those are gone in Cycles which is shown in the bottom shot where it says Musgrave Texture. Interesting that they use texture as if users are too stupid to understand that it is a fractal. This is what worries me. A dumbing down approach. 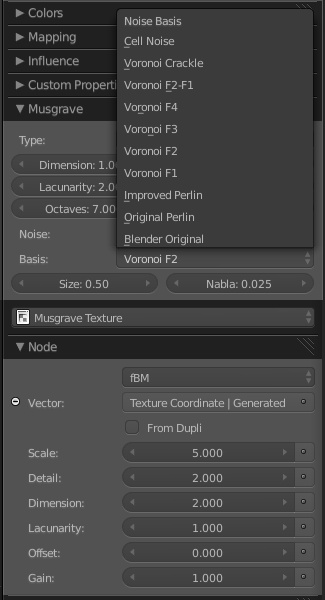 If I continue doing what I’m doing, you’ll see what I’m on about. Maybe I need to do that to get everyone to see why we crucially need this in Cycles.

The BI fractals if used as displacement modifier can get you all sorts of terrains. I’m not using the ANT Landscape addon. There is a problem with it (that’s another thread). The cycles texture capability, if that was all we had even for displacement modifier as well, would not be able to create a vaste variety of terrains. It may be able to do this one below though which is just an example of some I’m doing. We must keep that fractal basis functionality right through Blender otherwise the BI should not be replaced. 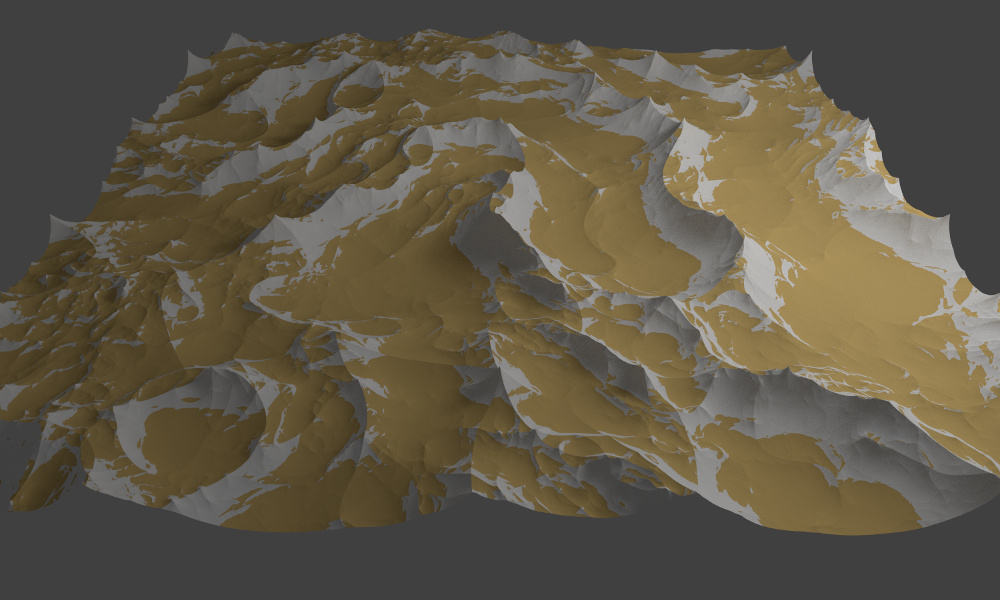 That there are differences I am aware of - how strong they are is just a different question.

However did you try to use OSL and make those fractales by yourself?

No, I’m not really aware of what you can do with that. Maybe that could be used but that’s obviously not for the end users. I have no idea who is responsible for the fractal nodes in Cycles. I guess they need to contacted to find out what’s going on. I don’t see any of those basis functions available at all in Cylces.

When Cycles was first revealed, all those options were in place, but they were removed as part of a general cleanup.

What I would like to see come back or changed in general.

Cycles development in textures is not closed. @Dingto said in twitter or google+ that some features from blender internal about noise and voronoi textures will be added in cycles too. From my experience cycles with nodes is easier to learn than blender internal.

Cycles development in textures is not closed. @Dingto said in twitter or google+ that some features from blender internal abcycles basis functionsout noise and voronoi textures will be added in cycles too. From my experience cycles with nodes is easier to learn than blender internal.

It’s easier all right. Last time I used Blender I tended not to use nodes. The BI node arrangement is really poor. Very confusing and things don’t update right. You end up not knowing what you’re doing.

We need Cycles with those added basis. The different voronoi distance types must be in there. If they were in there to begin with then why this “clean up” and removal of all that power? That doesn’t make sense. They are important for a whole bunch of texturing capabilities. We need to be able to select between those and Perlin. The Voronoi “cell” thing is way too dumbed down and simplistic. That look is basically in the fractal in BI if you tweak it to be simpler but then you have all variations inbetween.

This doesn’t work which would be useful for terrains:

The ANT Landscape addon has a problem as well if you do big res terrains. Blender is completely broken for this whole angle. I’m not sure if there is any point in proceeding.

I’m going to get on the bandwagon here as well in terms of wanting to know how to convert procedurals from BI to cycles equivalents.

At the moment I’m updating Beginning Blender with information about Cycles which wasn’t in trunk when BB was first published. My intro to BI procedurals started with applying a Marble texture to a text object (typed out “BLENDER”) and having the marble texture influence the colours and bump to a greenish rusty effect. Fast results, looked good and plenty for the reader to play around with in terms of experimenting with different settings.

Now, 2nd edition in the works and I’m thinking; cool, let’s introduce them to cycles textures… aka node texture setup. It’s going to be a bit more complicated, but it’ll certainly blow open new possibilities and readers will love the extended options.

Problem 1: Marble just doesn’t exist (owch - I bet this changes just between when I get the book out to when it gets printed / appears on shelves)
Problem 2: Even if it did, I’ve been playing with the Geometry nodes and I just can’t get even a Veroni texture to line up nicely like the default BI do (e.g. Generated mapping). The options which look good at first (e.g. they aren’t badly stretched) fall down because they are swimming once the object is animated (e.g. they are anchored to the world, not the object itself which appears to move through them) Update: I think I can do this.

It seems the proper workflow for now would be to bake BI textures to UVs but this is something of a showstopper for the new chapter 4 when my approach is to start with BI versus Cycles lighting & procedural textures only, while leaving UV mapping as a more advanced concept in chapter 5 later on.

I would like to say “right, here’s how to make [almost] the same texture using cycles” but I’m thinking the OP is right in that what BI texturing can do procedurally is simply beyond Cycles league at this time, even for simple stuff like a marbled diffuse/bump texture auto-wrapped around an object (100% procedural with no UV mapping allowed).

Please tell me I’m wrong; I’d like to get it right for the writing.

Edit: Playing around a bit more, it seems I can map Cycles procedurals in a similar fashion to BI. I’m going out shortly but might update this when I get back.