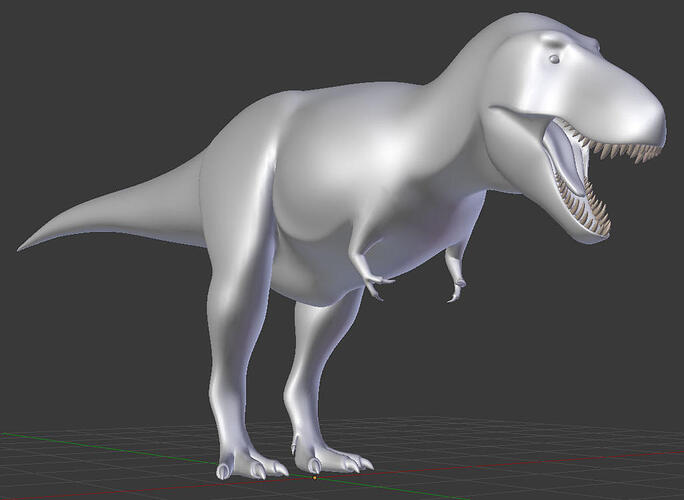 Thought I’d start a W.I.P. thread as somwhere to put my 3D progress, 3D doodles and experiments (not everything I do reaches completion). I’ve renamed my 2D thread (mostly Krita and murals) to Dinoreplicas 2D Doodles.

[PP_mural_finished_05] Got myself a Surface Pro to get back into drawing, this Ceratosaurus pair is the first experiment [Cerato_pair]

I’m not starting any serious art projects for a while as my landlord is renovating my accommodation. I’ll be able to use my laptop when I’m round my daughter’s place so I’ll occasionally post some old stuff until I’m operational again.

Might as well start with this, it must have been the first dinosaur skeleton I ever attempted in Blender. 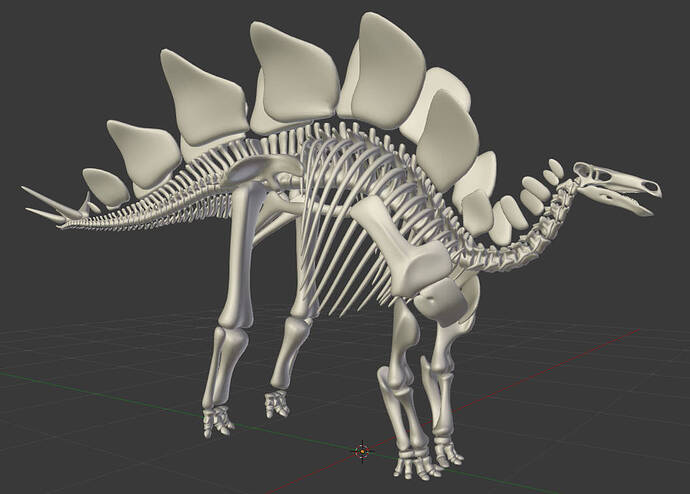 I’m guessing I made this around 2011/12 with the Blender 2.5/2.6 series, It’s heavily influenced by paleo-art skeletal drawings which is something I wouldn’t do now as I prefer to reference academic published material, anyway my knowledge of dino bone structure has improved a lot since I did this. Also it’s very out of date as new specimens show that Steggy had a longer neck, shorter body and lower posture without such a pronounced curve in the spine.