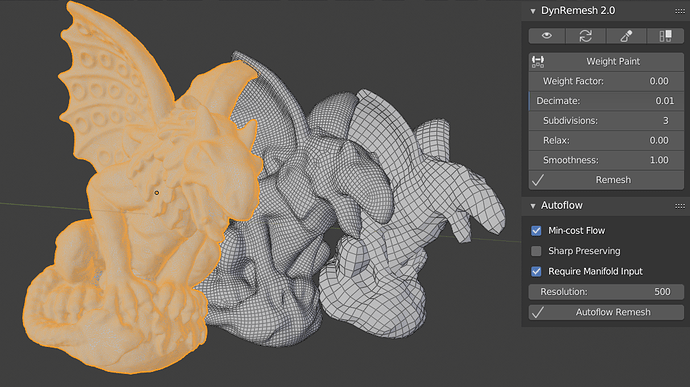 Hello. Does it work on dense sculpted meshes? I mean, in the range of millions+ tris?

Thanks Alberto! I liked it so far, here are some images of the results I got: 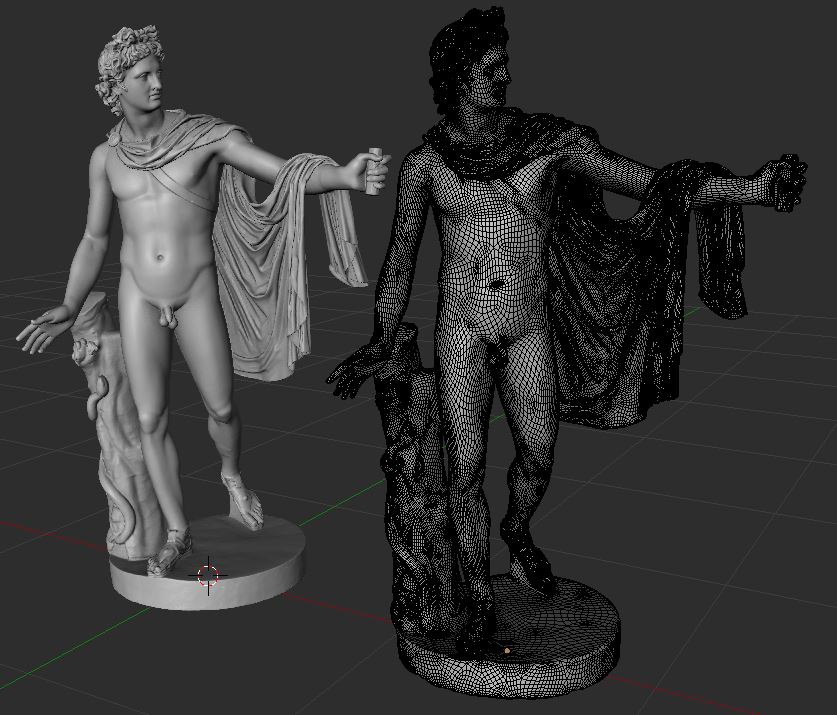 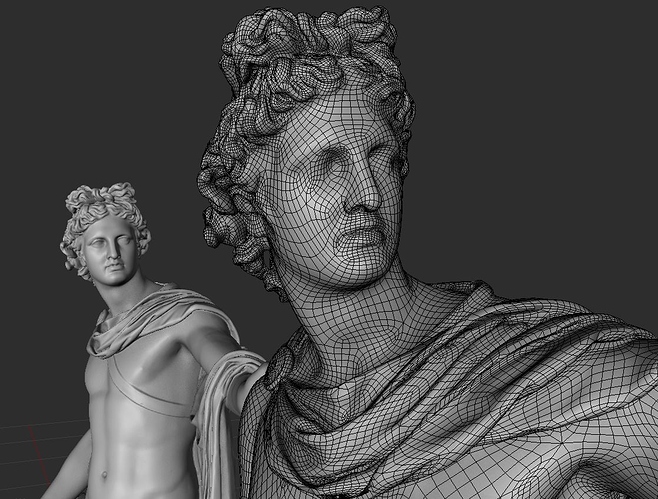 DynRemesh2.JPG1118×849 213 KB
@kabu The original mesh is way over a million polygons, and the resulting retopo mesh is around 250k; some details get lost but I think the results are pretty good for a one click solution, and quite fast too.

Now, I don’t know if you plan on adding more functionality @Albertofx; but I’d like to have a way to control both the resolution and the edge flow of the retopo (with grease pencil maybe?).
In this sketch for example, the resulting retopo mesh is too dense to keep sculpting (the multires modifier can’t handle it), and details that would normally be applied via displacement and/or normal maps get added to the final result too. I find that impressive on itself, but not very useful for production because I would have to do one more “manual” retopo pass just to have a usable mesh for animation or realtime. 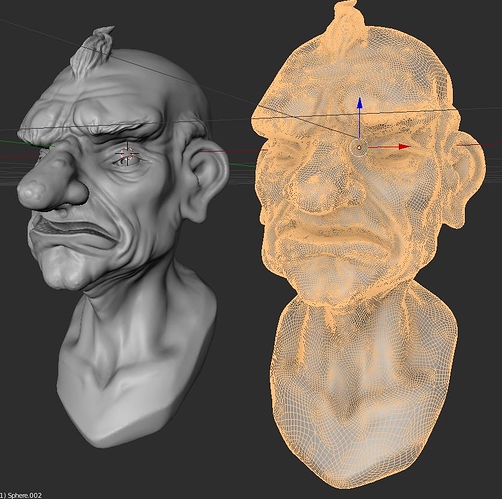 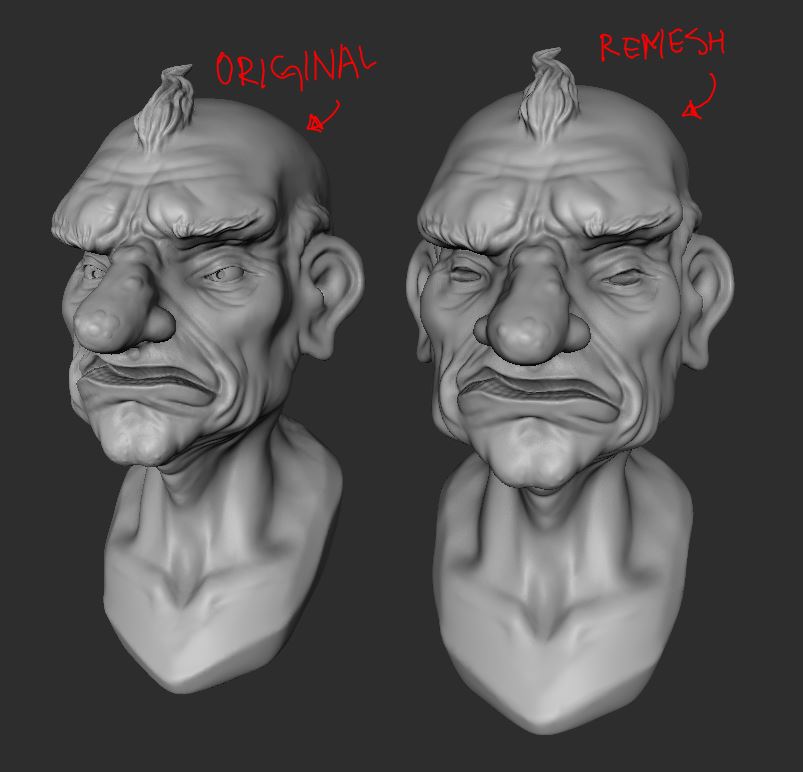 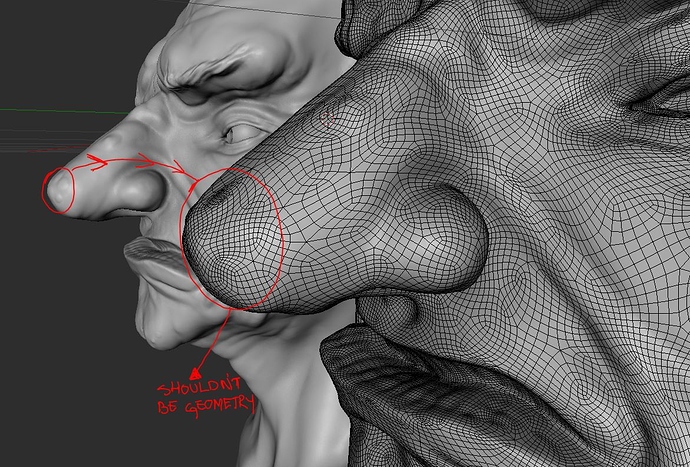 I had a similar problem and had to rely on decimating the mesh before applying it. I guess it would be nice having both an option to have the output density following the meshe’s density (while allowing us to set the polycount) as well as having an evenly densed retopoed output.

Hey, I’m glad you like it!
There are plans to preserve flow with greasepencil but it is really tricky. May take some time to include such feature. For control over density, I will include options in the upcoming version.

Thanks man, that sounds very cool! I understand the things I mentioned aren’t probably the easiest to implement (otherwise we would have tons of retopo addons with grease pencil) and must take a lot of time, but I’m glad you’re planning on adding more options and control for the users

Can it be used to “merge” objects together with blended (remeshed) intersections?

So basically it supports dense meshes… it’s interesting. I’ve been inquiring on this kind of tools since some time now and I found almost all of them apply some kind of decimation before proceding with quad remeshing…
So the workflow here it’s twofold: first decimate to get a quad-only lowpoly, or basicly use it to get a more dense mesh…
I’ll be trying it. Most of those tools are C++… one is not used to seeing speed in python…

Can this be used to merge separate meshes like zbrush’s dynamesh? If so I’m in!! 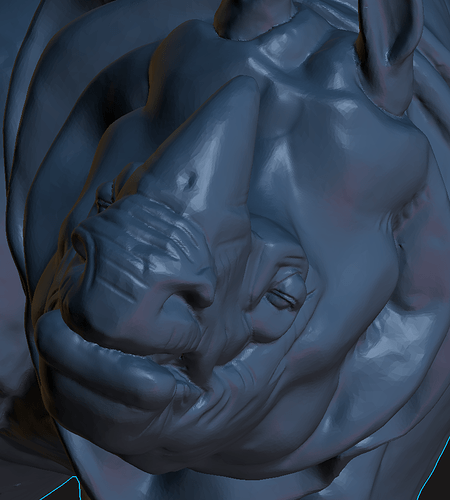 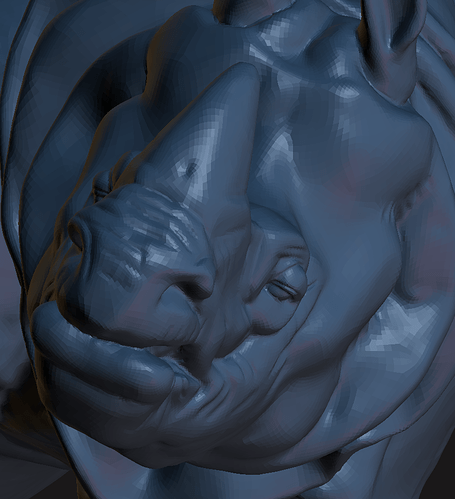 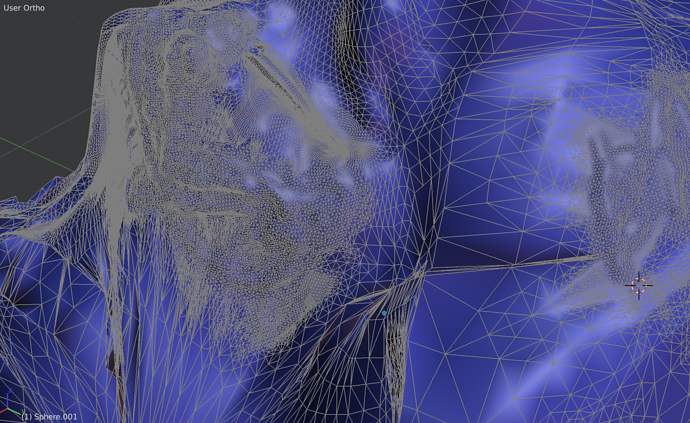 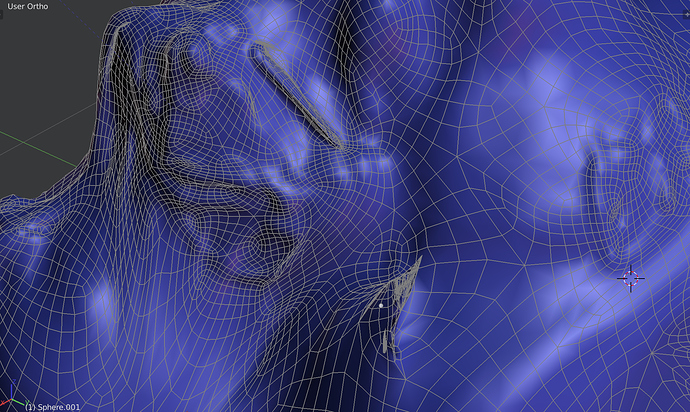 Works pretty well so far. I just wish that there were some way to preserve those hard edges. That would make it an all around more effective tool.

The flow looks great, @Albertofx, and the topology seems to be all-quad, but I’ve got a few questions before deciding to buy it:

• How does it handle symmetrical meshes? I’d hate having to cut a mesh through the middle after DynRemeshing, causing non-quad polygons across the symmetry axis. Or does it work fine if you cut a mesh in half before DynRemeshing, and then mirror it?

• Will there be an update soon with an option to set the desired detail level / approximate amount of polygons?

• Do you think you could reduce the amount of 6+ sided singularities in an update? Those starry junctions often result in bad artifacts when subdivided.

You might want to have a look at the Quadriflow algorithm. It seems to do a great job in avoiding singularities.

There are a few areas that could be improved though:

Screenshot of a DynRemeshed half of Suzanne after first adding two subdivisions to the original mesh: 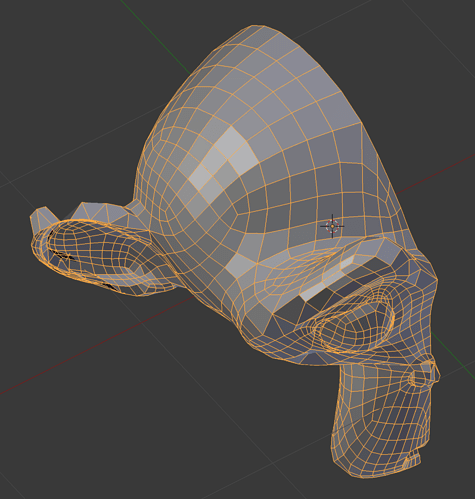 Just downloaded the 1.5 update, featuring Decimate and Subdivisions options, thanks @Albertofx. Keep up the good work.

Thanks! v2 will come with more options.
To answer your question about symmetry, there is no support for it but will see what I can do for upcoming versions.

I am also looking into the implementation of QuadriFlow