Introduction
After several weeks of testing and documentating I proudly present a new add-on: F2 (also known as the ‘spider-script’).
It extends Blender’s native functionality for creating faces and should be a great help in your modeling workflow.

Download You can get the add-on from [this page](https://sites.google.com/site/bartiuscrouch/scripts/f2). It also includes a more extensive documentation on how to use the add-on.

Word of thanks
I’d like to thank Paul Kotelevets (aka 1D_Inc) for his support. The result of his testing of this add-on can be found in this thread.

What on earth have you got planned next! haha.

For some reason, I’m getting an error on the video.

zauberexonar: strange, I’ve just rechecked and everything seems to be ok with the video. Are other people also experiencing errors with the video?

kakachiex2: do you perhaps have a (simplified) sample .blend file with this problem? I have to admit I’m not very familiar with the UV project modifier.

Oh wow! That is amazing! Thank you for this! Downloading now! Seems very intuitive!

I am refreshing my Maya modeling experience and I want to bash my head against a concrete wall when I see how free Blender is and how limiting Mayas polygon modeling workflow and tools are.

Crouch this is a pretty cool addition!

Thanks for creating and sharing this!

Despite vimeo link being correct and even starting with http (could be found in page source), not https, there is Vimeo error image in post.

@Crouch: Actually, this appears to be happening with almost every video on the BlenderArtists forums.

I think I know the answer to this, but what would be involved in extending this to filling a series of faces in paralell edgeloops with faces?

I have an improvement suggestion. The is the story…

After pressing F with 1 corner of the vertex selected, I get a face. It is working.
Then intuitively my head says
“press f 1 more time and you’ll get another face to your mouse direction and maybe it will auto weld the face with the vertices”.
But nope. The selected vertex jumps back to the initial corner and in the process making an extra face to remove.

What would be lovely is to continue pressing F and more face will appear in the direction of my cursor.
Almost extrude like but in a more controlled manner.
Also remove the extra verts if they are too close together. 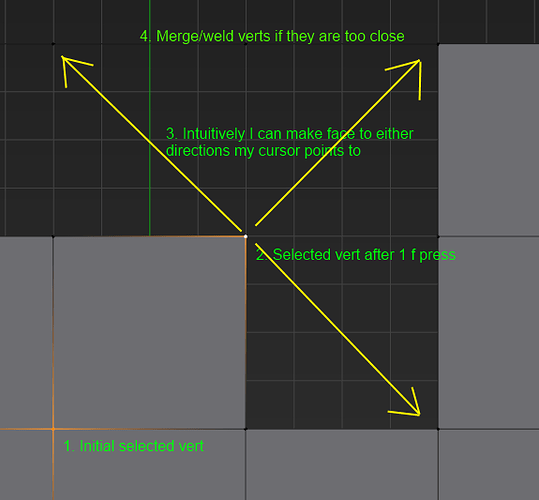 Wow! This should be a great help indeed! Thanks alot for sharing.
The video is working fine for me. For everyone having problem with the video, perhaps you can watch it from vimeo website instead. It is also available for download from vimeo.

Oh, nice video!
This tool become an essential part of my workflow already. It is equally great both in polymodeling and retopology.
Perfect realisation!
Thank you much, Bartius =)

Some timelapse about retopology F2 workflow

Man, this is amazing - the whole world will love F2

Great adds on for modeling. i will try it

that is amazing…! thanks for sharing…