my own version of the fairy river from Oz movie 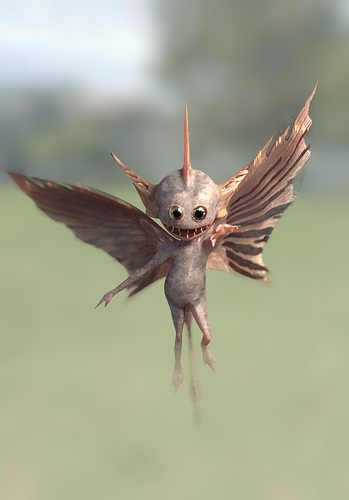 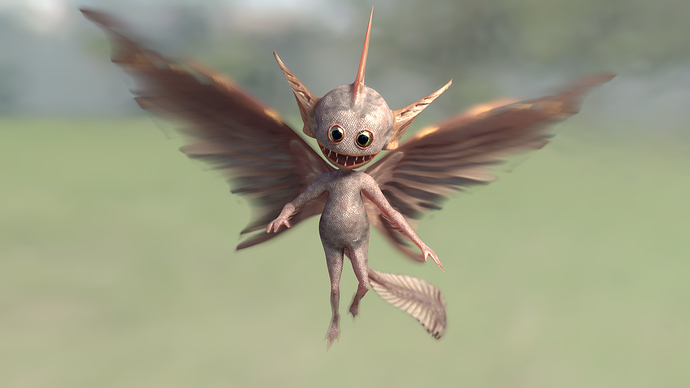 Scary and cute. A hard balance to achieve. I like it.

Could we have a screen shot?

It looks awesome! I would assume Cycles.

Wow! Great model; As far as CG goes, it looks almost real (as real as a fairy can get). I have not seen the Oz movie, so I can not compare, though.

this is so damn scary. lol
What render engine is this one?

Are the wings added later in 2D software or they are part of the model?

I like it! Personally, I do not see it as scary, just a bit different from the usual tinkerbell type fairy, which is way overdone. If I were to guess, I would guess that this is a benevolent character. Great texturing and rendering.

The eyes have a fish like quality to them that makes the model great.

I knew it! Featured!!! Great work and congrats! I had my eye on this from the beggining!

I agree with MonkMonk. it is both scary and cute. very cool

This looks almost the same as the fairy river from Oz. Really nice!!!

Nice work! I haven’t yet seen Oz but this critter looks mischievous and fun.

This is really wonderful! Kudos!

Looks like the fiery from Oz the Great and Powerful