This is going to be a small demo of sorts that will have all the features of a final fantasy game or a jrpg. We’re modeling the kit after Final Fantasy 10, we’ll post our progress in this thread. When we complete it, if we complete it we will release it to the blender game making community to study, or use to create your own games with. If you want to help us you’re free to join. Everything that is posted in this thread is work in progress.

This is a rough level layout, you’ll start at the end of a cave, a shopkeeper will be standing next to you. From him you’ll be able to buy items that might benefit you on your journey ahead. Then you’ll travel through the map towards the castle at the end, you’ll be fighting random battles with monsters that are yet to be created. Inside the castle you’ll have a small walk up some stairs perhaps and there you’ll fight a big bad boss battle.
http://i.imgur.com/89YwUUo.gif
There has been a change of plans and the guy above might be one of two guards standing outside the castle in black armor.

Features:
•Advanced battle system with animated cameras, customizable menus etc.
•Levels and stats system.
•Menu from which to look at your stats, use items or change equipment.
•Animated camera tracking the player in the overworld.
•Shopkeeper that you’ll be able to buy items from.

Working on the castle, one tower almost done. (Placing those bricks is painful) 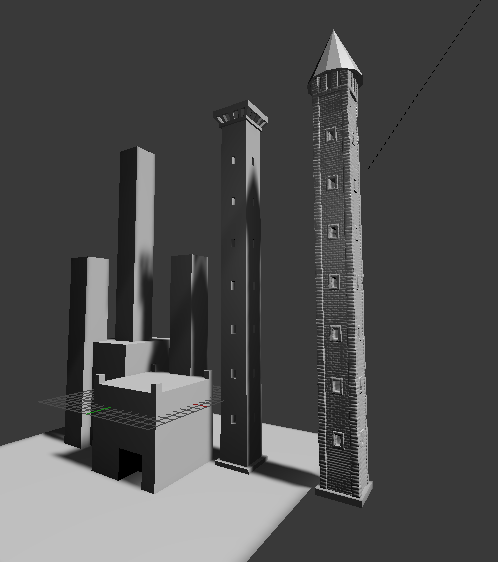 are the bricks all instances of the same few bricks?

I really really hope so*

Looks like you’re off to a good start : D

That tower looks damn good, but what do you mean placing the bricks? Do you intend for it to be destructible?

PS: I vote for the dark armour, it really reminded me of 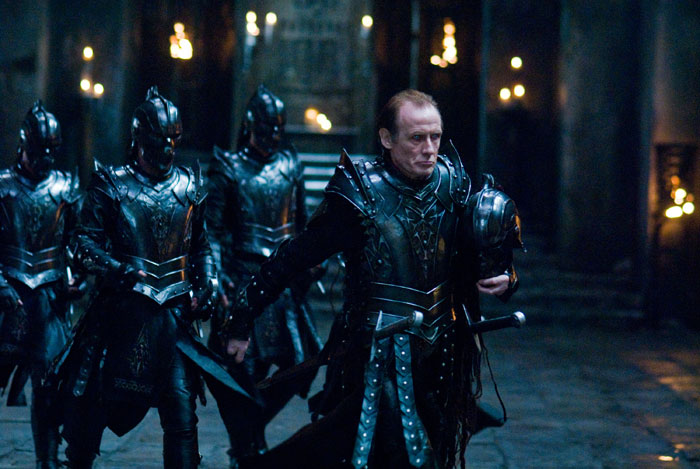 with instancing trim kit pieces under 128 vertex and using the same uv atlas for all buildings we can achieve high fidelity with a high framerate and good drawdistance.

think shapes you use to build all buildings, used in several ways per trim, using alt d and making dupli groups of the clusters of trims that add up to a tile.

Use an array modifier, dont place bricks by hand.

they use a kit like this - https://www.artstation.com/artwork/P2Ly3 to make the newer halo levels

Have you made any progress so far.What types of monsters do you want.Could i post some ideas for them? 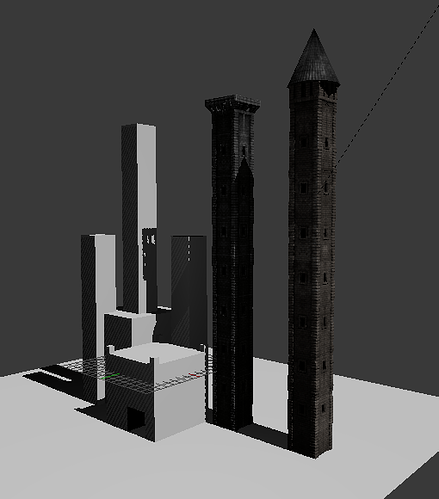 Two towers done, before I start on the other castle pieces I’ll see if I can bake some metalness into the diffuse of the knight’s armor. Blender is bad at metal. Lostscience if you have any good ideas for monsters to appear in the underworld let us know, we also need a protagonist to play as.

EDIT: No bake just had to modify the materials and textures a bit. Still some visible seams around the feet, we’ll push this further at some later point.

How about a monsters that shoots poison procuppine quills.It was on a old cartoon.Is that bad idea or good idea.I don’t know.Plants that shoot flesh eating virus from there flowers that turns people into zombies.

That’s a good idea, a wasp for example would be easy to animate. Created a wall and a gate. Few more buildings to go.

skeletons that make the players bones rot and turn him into a bag of flesh.You could use softbodies for that.Is it too ambitous?

A skeleton’s pieces could be used as props too, good idea. Castle done for now, just the pieces not the layout. 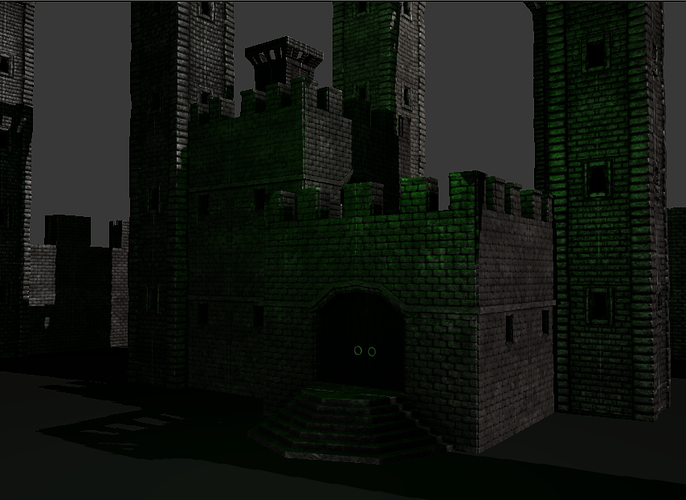 I am not a good modeler.Have you found anybody to model the monsters?Are you going to be modeling
everything?

It looks like I am, do you know how to get rid of seams on models? If you do you’re welcome to help me clean up the models.

Here is some information to prevent seems.I hope you gind it usefull.

Seams showing up on model

Hi, I’ve been using blender for a while now and haven’t exactly got into texturing until just a few days ago. I am making a raptor and I’m almost done painting the texture for it. Problem is, even though the UV maps look fine, when I zoom further...

I used the search to find this.

The image is kind of dark, add a hemi lamp.

I wasn’t wondering how to remove seams only if you would want to be my bitch and do it since you said you couldn’t model. xD Anyway we’ve decided on the main protagonist, a nude female angel. Five reasons:

•A good backstory, she falls from heaven into the underworld and has to confront some demon in his castle.
•Because she is nude she won’t take that long to create, not 15 models to unwrap and texture, only 1.
•It would look good in my portfolio.
•If she can hover above the ground and flap her wings while moving around it would make animation easier.
•The underworld is dark and she would be very bright and could emit a light wherever she goes, it would look great.
http://www.mamut.net/bird/angel4.jpg Unfortunately this project has to be abandoned, I lost my programmer or maybe I never had him to begin with. We couldn’t agree on the course of the project and there are several issues with the game engine itself, it’s not intuitive, maybe people will be improving upon the engine in the future and then one might feel it deserves the attention.

This post by sdfgeoff sums it up quite well:

Blender Game Engine is not a game engine,

Every month someone posts a thread about the newest version of [insert name here] game engine, or compares the graphics of blender games to [insert game title]. And then the discussion turns into a war between people who insist that blender could be...

Game making is fun when it’s a ceaseless creative process like painting, sculpting or composing but when every few days you’ve got to try bypass some retarded obstacle, that is really just a design error on part of some game engine programmer it’s starting to feel like unecessary work. One can either engage in effortless work that is fulfilling and appreciated or wrestle with blender’s cloth simulations that don’t detect the collisions of moving legs, and play with nodes to be able to paint the earth with materials.

Also blender’s game engine renders models terribly so whatever you spend hours creating, blender can’t do it justice. If anyone wants to use the knight model or the castle set let me know and I’ll upload them. Sorry for the rant, just such a waste of time. -_- 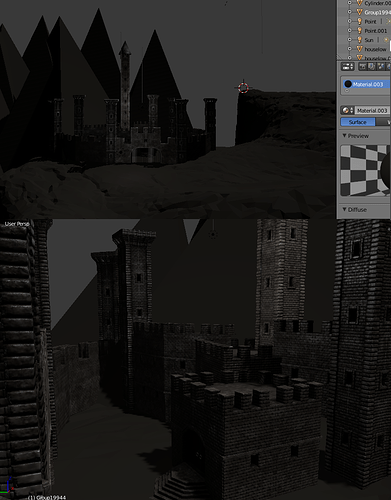