Carry the blue orb to the heart of the Maze while using to turn off Force Field along the way. After you bring the orb to heart the maze use figure out how to use it to open the wall and access the elevator and get to the basement where there will be a surprise waiting for you. 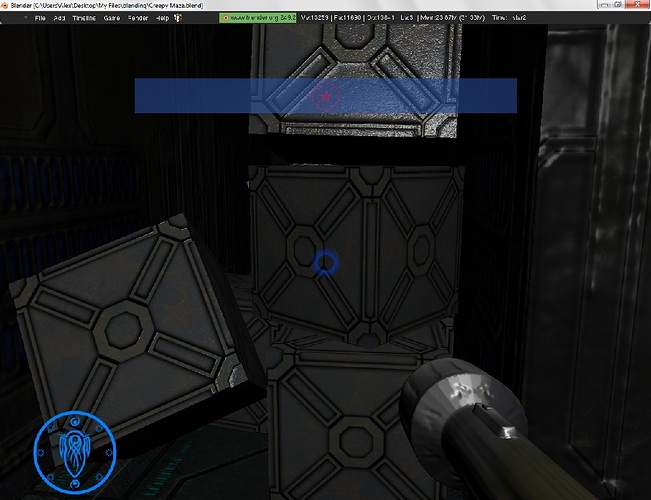 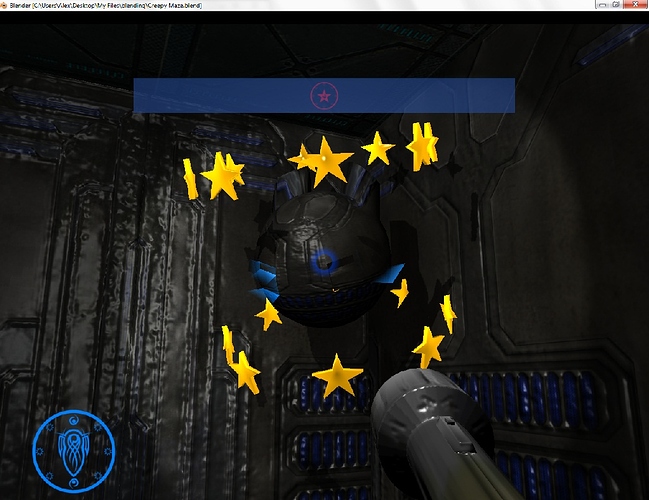 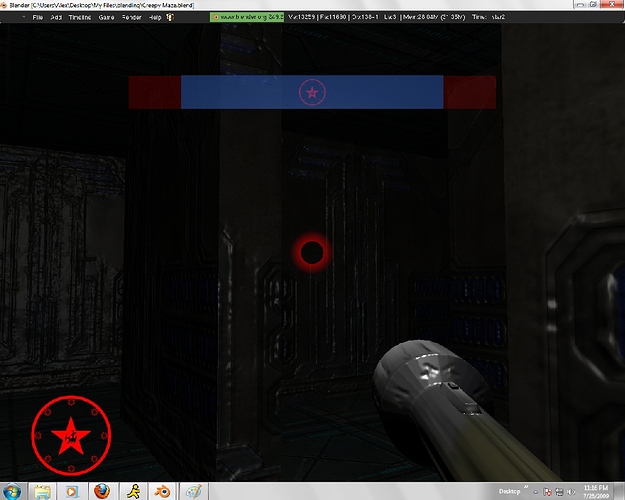 Hmmm…Pretty good. I couldn’t find my way to the center. But that floating white and black thing freaked me out

Movement is really annoying. I recomend not using Dloc. Use servo controls. Then you won’t bounce off walls. It’s a little hard to get around. And maybe the space to walk is a little squished.

But other than that its a good idea for a game.

i used a script for the motion and don’t know how to use servo but I fixed the bouncing around by upping the damping. I just made the area wider like you said and your right it is a a lot better.

Well done.
This would look REALLY good with GLSL and normal maps

You know GLSL and narmal map have peeked my interest but I can’t find any good tutorials on how to do it. In other words, I’m F****** clueless. Think you could help me out?

I can’t find any tutorials on how to make normal map or bump maps and how to use them. Think I stick to the normal texture?

How about this one?: http://blenderartists.org/forum/showthread.php?t=138194&highlight=normal+map

Do you need a different UV mapping tut?
http://blenderartists.org/forum/showthread.php?t=26280&highlight=uv%2Bmapping%2Btutorial
(I don’t know of any other good ones.:no:)

You can edit the title of a thread by advanced editing the first post by the way.

Don’t understand that one either but I still learn how to use Normal maps thanks to YouTube tutorial. already hook up the maze too!
*UPDATE IN FIRST POST

What don’t you understand?

(is that bot thing the same one from your Lil Bot thread?)

It’s not so much as I didn’t understand it but I would rather watch a video tutorial then read one. And Yes want to cameo the Lil Bot robot into as many of my games as possible, For example in the “D-bot” thread the head of the robot is Lil bot

Cool!
I like text tuts because I don’t have to wait half an hour for it to load, and can easily refer back to it when necessary.

True, but I have a good connection and a fast computer, so buffing isn’t a problem. 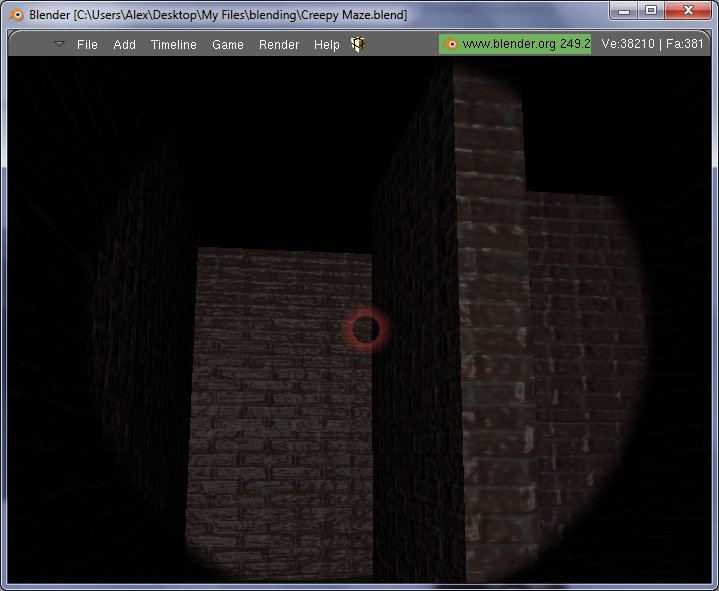 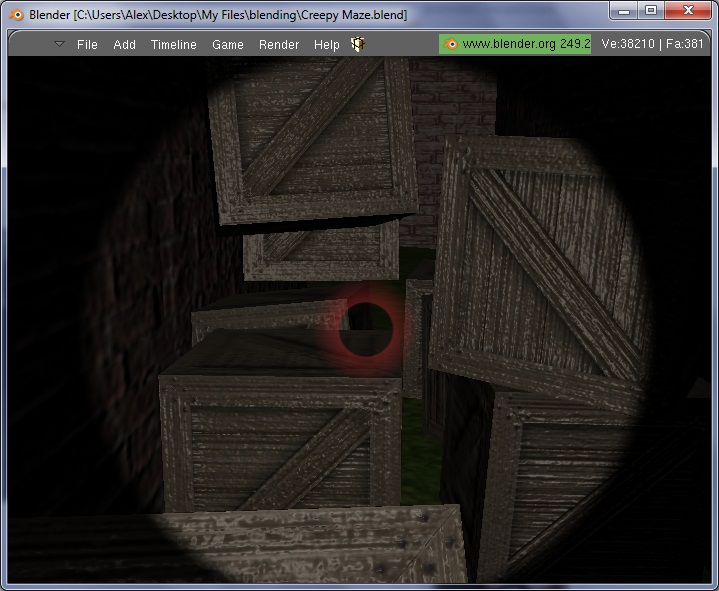 Having fun with normal maps, are we?

it looks a lot better, but I think you should use a spec map.

Excalaberr:
I don’t know how to make them? TO YOUTUBE!

ahh, normal maps… you just have to love em,

Nice normal maps but you definatlly should not make them so shiney. They (the crates) look like they are made of plastic not would.