Hello, @RLGUY
I want to propose to implement a new function for the addon. I would like to be able to quickly create bug reports. Blender has a button on the Help > Report a Bug menu. Is it possible to implement a similar button, but for an addon? For this button to open github issues and automatically fill in the information. OS, blender version, CPU, GPU, RAM, addon version. In the blender bug tracker, this information is automatically filled in: 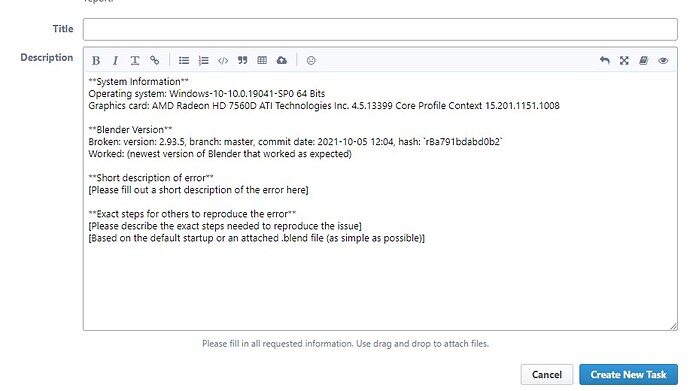 Hey, that’s a good idea. I did not know that the Report a Bug menu did that.

We can pre-fill the GitHub issue form within the URL and get the user’s system/version info using Python.

For example, this URL

@RLGUY can you add such a feature?:

Automatically turn on the Motion Blur parameter for the generated fluid_surface objects.
For a long time I could not understand why blurring does not work until I remembered about this parameter: 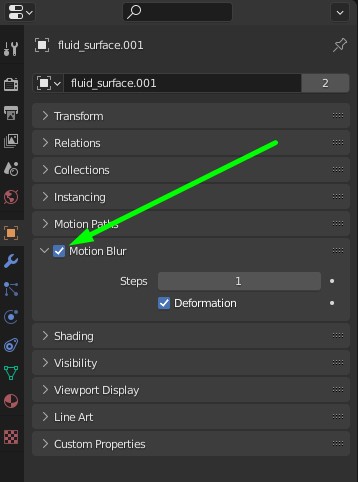 The FLIP Fluids addon disables the Motion Blur option on the fluid_surface (and other simulation mesh objects) due to a possible rendering issue.

If there is no motion blur velocity data on the fluid_surface object, Blender will try to calculate it’s own blur data by subtracting the mesh vertex positions between frames. Since the surface changes topology between frames, the generated data does not make sense. This issue happens when the surface contains the same number of vertices in two frames, which is more common in lower resolution simulations or simulations with static liquid or small amount of movement.

This issue results in an incorrect frame render, but the main issue is that rendering bad motion blur data causes very long render times. The frame could take hours to render.

There are other areas of Blender where topology changes can cause issues (Ex: Alembic cache) since only the number of vertices is checked internally in Blender. It has been mentioned that fixing this is a ‘To do’ for future development, but running a full topology check can cause a considerable slowdown in Blender.

In future development when Geometry Nodes become more stable and complete, we may be able to detect when motion blur data is available and provide a reminder to enable the motion blur option, or to automatically set the option. An operator to set up motion blur rendering could also be useful.

There is a typo in the wiki: 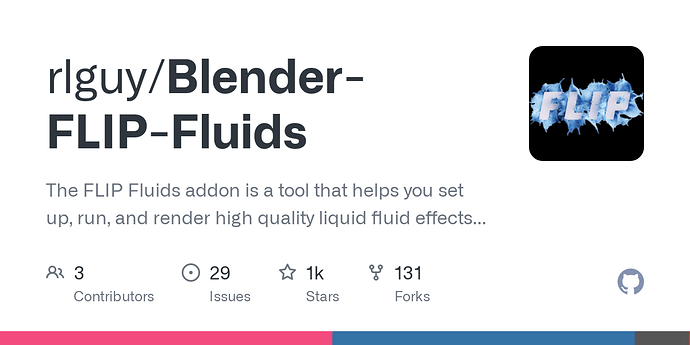 The FLIP Fluids addon is a tool that helps you set up, run, and render high quality liquid fluid effects all within Blender, the free and open source 3D creation suite. - Helper Menu Settings · rlg...

In the Playback Offset Settings section. Parameter names are written like this:

Thanks! Just fixed this.