Here’s a scene I’ve been working on. I
I want it to look photorealistic but to me at least, it isn’t completely there. Any help with this (or anything else) is appreciated. 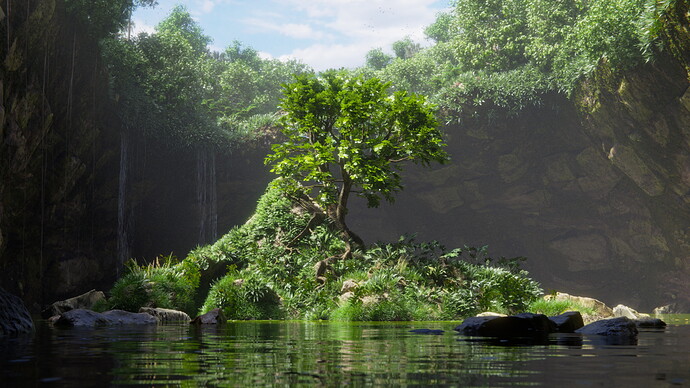 There are clouds in the sky, try to add shadow from them.

Typically the smaller I make the image the more photo-realistic it gets, but, it’s not happening for me with this image. I think it has something to do with the fog in the background.

What reference images are you consulting?

That’s a good point, I don’t see it improve either when made smaller.

The scene was made from a rough sketch of the layout so there aren’t any specific photos that match this one closely. It does however take inspiration from real caves and cenotes which there are many images of.

I tried making a few other tests to see if anything would improve. 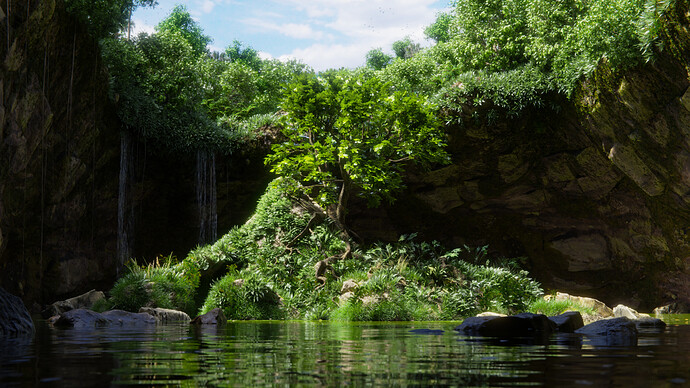 Adjusted the hdri used for lighting 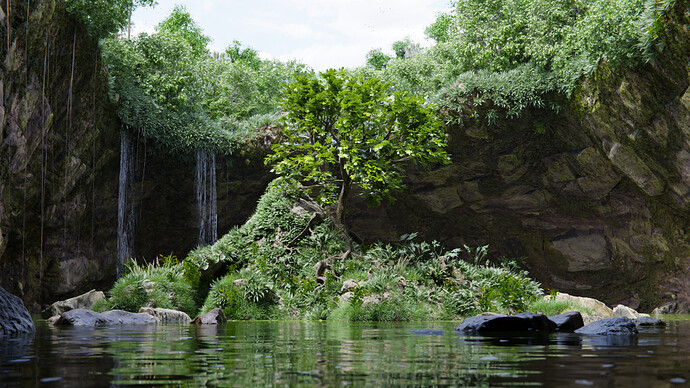 Removed the tree from the above image 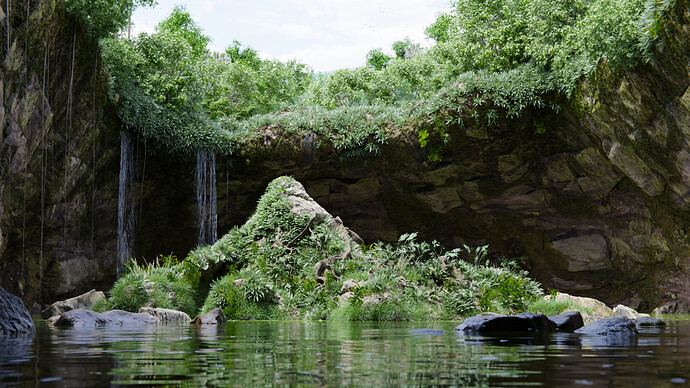 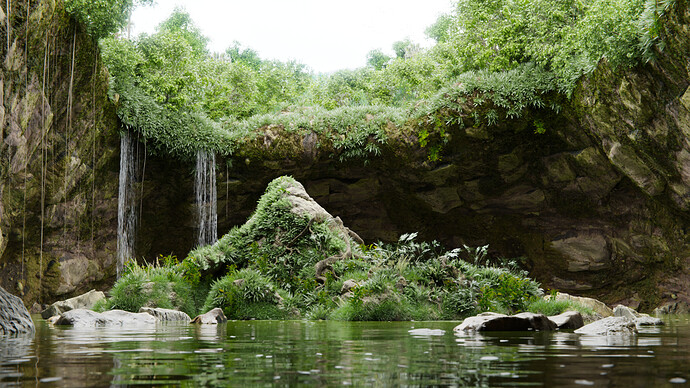 I want it to look photorealistic

A couple of things will help:

What does it look like with nishita sky texture? Adjust the exposure in color management, not the sky strength.

What does it look like with nishita sky texture? 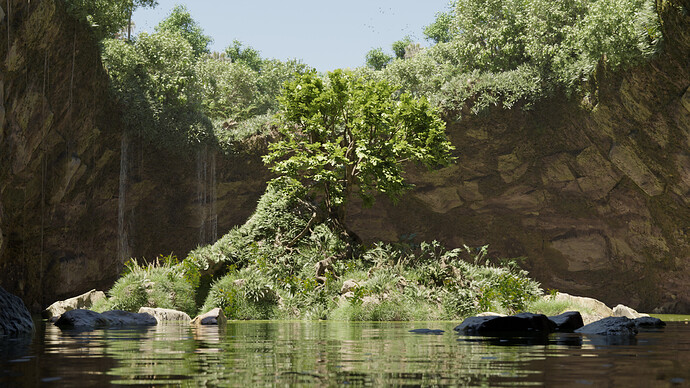 Adjust the exposure in color management, not the sky strength.

I’ve been doing that for all of the previous renders above.

for inspiration in sence of lighting

[image] What started off as a one of those tests/doodles that “I’ll only spend a few minutes on” received a bit more of my time than originally planned. There are a number of things I would improve should I do a print quality render in the future, but I also have to move on to other projects.

You can spend as much time on stuff like this as you wish to. I don’t see too much difference at first glance. I do think that the “volumetrics” in the original shot produced “student murk,” but in the shot where you removed it the area now became too dark – too close to “opaque black.” When you made the HDRI adjustment it did get better although there’s still “opaque” around those waterfalls.