The question is short. Is there anyone with some artistic skill that would like to create:

for a short (5 to 10 minutes of gameplay) scif-fi FPS game demo (running on blender game engine, of course)?

To put things in perspective, the overall graphical quality should be of Doom 3 (not 4, 3, the previous one) / Quake 4 level. So normal maps, baked shadows mixed with a few dynamic lights, nothing really next-gen but good looking.

It’s a mere showcase with no commercial plans behind it. What I would like to do is to prove a point: that a game looks as good as the artists can make it - and the engine serves an important but secondary role.
The demo will be open source and the resources made for it CC0 or CCA. It will be a linux/windows/mac game.
I can make the sounds and all the needed logical parts (ai, physics setups, light management, ui actions… that can be considered already done).
I know it’s a lot of work for free (which is not work but sort of slavery) on the modeling & co part. Truth is almost the entire task is just modeling, from a coding point of view a fps is the dumbest application one can imagine but, you know, if there is some masochist out there…
I could make the models and stuff myself but, because I have no sense of aesthetics, it will look like garbage (but it will work, I’ve already tested all the logical stuff).

I think you could get some of that stuff from http://www.blendswap.com/ …

Thanks for the suggestion.
The problem with premade asset packs is that they rarely (if ever) include all the stuff you need. Collecting stuff around and patching all together usually ends up in a visually inconsistent game - which is regularly followed by the “this engine sucks” statement :).

I can help, I have a bunch of art I made for wrectified laying around.

As long as you can provide the full package it’s ok. I don’t want to lay a finger on the artistic side - because I know I will screw it up. Again, i’ll take quake 4 / doom 3 as reference: 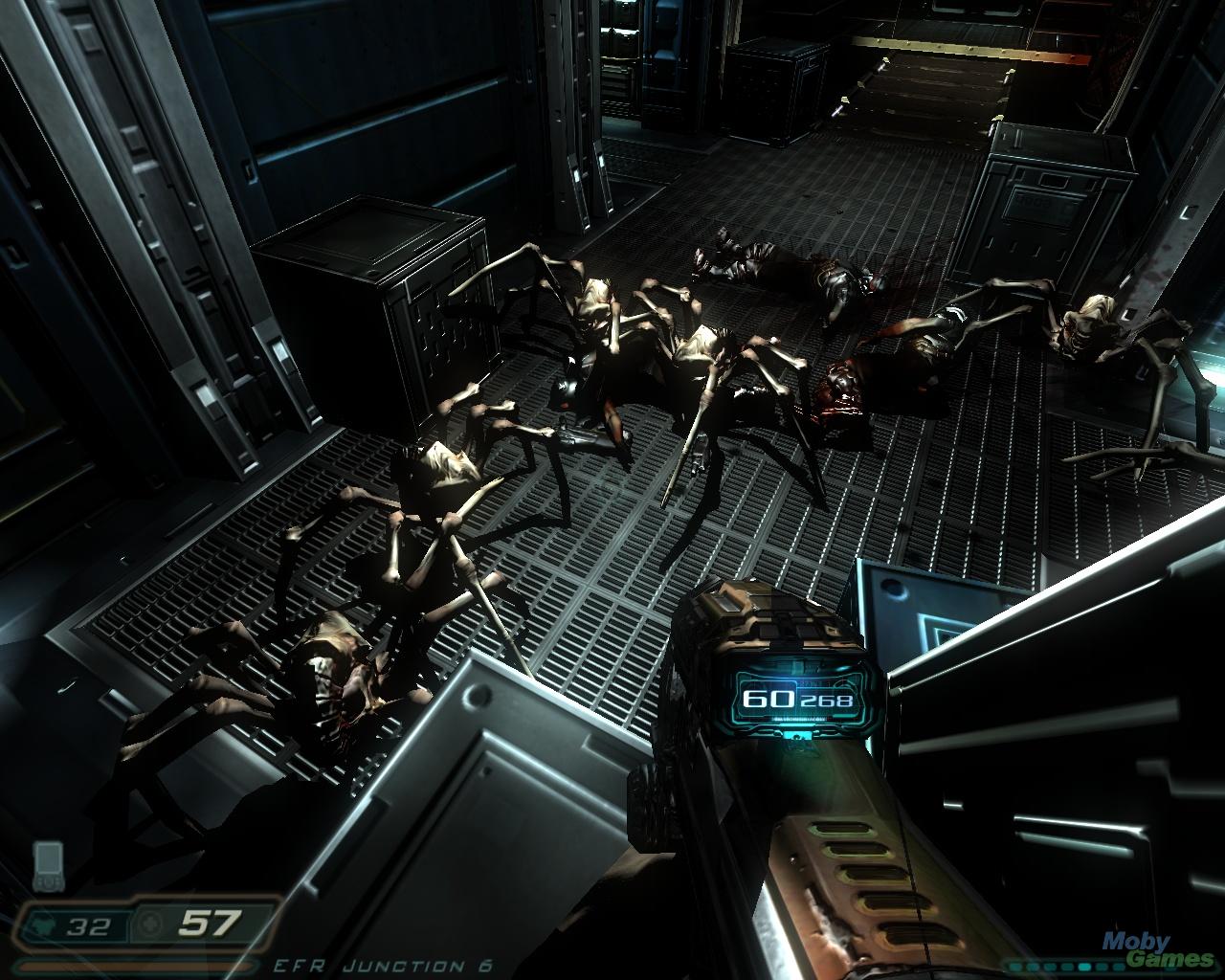 It doesn’t need to have the same style, brightness or whatever, just that overall consistency.

what do you want me to start on a kit? (map assembly kit?)

can we get a geometry shader running? (instancing of kit pieces?)

2.5k triangles per creature
10k for the player (hand/arm weapon and ui)
30k for the background

With “background” I mean the amount of stuff entirely visible at any given time that is not a creature of a player element. The level itself can use more than that - but a large level is not needed, its for a short demo.

I’ll try and get a decent run of asset creation tonight,

are you any good with nodes?

In the past I have wanted shiny and not shiny surfaces on a single face, or
emmisive parts that flash…
I can make the mixing map, just have not really got into nodes themselves,

and dynamic lighting mixed with baked or pure dynamic?

should I look into the new material animations?

You can use as many lights as you want, I’ll shove them down the bge’s gallots.
I know nothing of nodes and I won’t touch them :D.

ok actual pencil down for night 1 , about 2 hrs 45 mintutes of actully working or less.

a pair of years ago, we funded several good FPS-scifi resources (creatures, weapons, walls, doors, props, etc) for blender. Maybe they would fit perfectly in your demo concept.

You can find them here:

Plenty of game resources,models,textures,sounds,FX... All for you, all CC0. | Check out 'Free Game resources! For Blender 3D and more.' on Indiegogo. 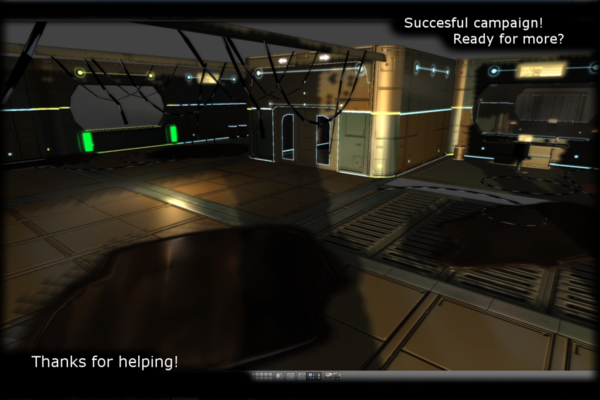 This was released for a crowd-funding campaign a while back: http://www.indiegogo.com/projects/free-game-resources-for-blender-3d-and... See also here: http://www.blenderartists.org/forum/showthread.php?294639-Free-blender-G... 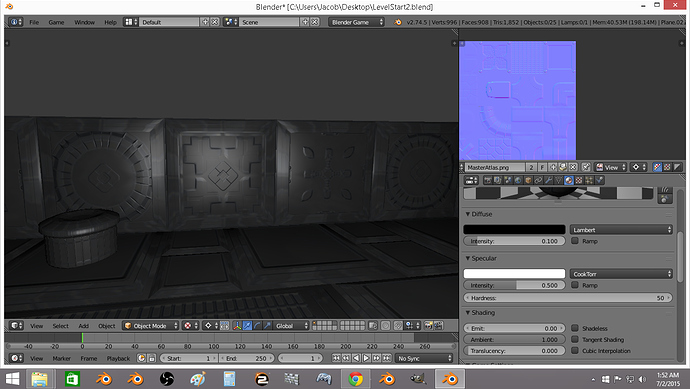 lordloki76, thanks for the links. I like the weapons in that pack. Unfortunately a thing I discovered is that if you take a fully textured, beautifully coherent model pack and you put it in my hands, things still turn into a visual mess.
I suspect my brain simply doesn’t care about how things look :). It is quite obsessed with how they work though.

blueprintrandom, take all the time you need, we’re not in a hurry. It would be nice to see what you have in mind for the level structure - a simple diagram would suffice. I’ll try to make a video of the game logic - using palceholders for the visual stuff - to give an idea of the gameplay (classic fps stuff anyways).

BluePrintRandom, I will need some assets like this for In-Dome when I get to level design. Of course, it will be at end part.

Really I was just trying to get a feel for the new atlas, we can work structure using an old RPG grid?

This is my idea of how artists create those nice looking assets we all love and seek.

So, if you’re looking for suggestion on that part, I’d say we are in trouble :D.

I’ll try to make a simple well lit room tonight, that is sci fi and dark and spooky.

How is this for a start?