As someone who hasn’t switched yet (a few crucial addons hadn’t been updated at release), could you show an example of the nodes? I’m curious how you’re using the raycast, and what it’s doing exactly. The result clearly speaks for itself, looks like a far better option for watertight voxel remeshes!

You can take the dot product of the ray direction, and the hit normal to find all voxels within a mesh. Keep in mind that you may need to do this multiple times with different directions and add them together, as it doesn’t always catch everything.

This proximity setup might be better for this purpose, as it lets you set a custom threshold, and looks smoother overall: 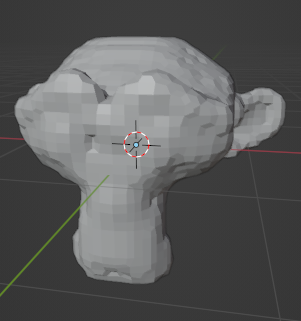 Also, I found it looks smoother when you use the size setting on the volume to mesh node. I’m not exactly sure why, but my guess is that there is some interpolation going on. 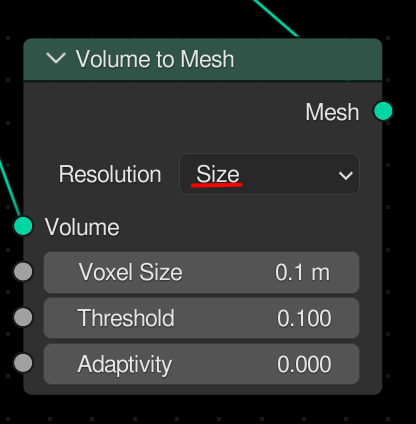 A post was split to a new topic: Distribute instances with offset

5 posts were split to a new topic: Use data transfer to get texture coordinates on instances

A post was split to a new topic: Create a dress using geometry nodes

Especially now that we have a procedural UV unwrap node, I hope the edge attributes are generalized at some point, and we get a way to create and assign custom ones.

It would be awesome to access crease, seams, sharps, and bevel weight in geometry nodes, and create custom edge attributes.

For instance, if you were sculpting a model, and wanted to procedurally UV map multiple displacement textures, you could create a second seam attribute and use it instead.

Currently you can only access the crease value using named attributes: 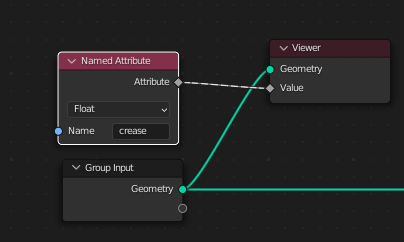 I would also like to see that concept taken even further: To have any attribute type from any domain accessible, AND editable in the 3D viewport (by choosing a custom key-bind in the properties panel). Something like that would be needed to allow custom GN implementations of things like the Skin modifier.

Why “only”? Named attribute seems the best, most straightforward way to access any attributes. I mean, the fact we have some cherry picked hardcoded nodes for certain attributes is more of a consequence that the named attribute nodes were added so late.

In fact, it’s now sort of a mess. For example crease can only be accessed via the Named Attribute

Position can be accessed through both Named Attribute as well as a hardcoded node:

Embarrassingly enough, Normal can also be accessed via both Named Attribute and hardcoded node, but unlike Position, it doesn’t show in the list:

So now we have mess of 3 states:

I am replying just because I don’t like the wording

Currently you can only access the crease value using named attributes:

In response to Zorro’s comment about Edge Attributes… crease is the only accessible Edge Attribute. Was using the word “only” to denote a singular.

Not the point I was making or a point I care to refute. I was merely suggesting a mechanism for binding Attributes to Viewport functionality - similar to how Alt-s affects Curve Radius and Ctrl-a[x|y] affects “skin size” for skin modifier.

AND editable in the 3D viewport

There is at least a design task for that already.

Curious if that would let us transfer vertex locations using UV sample space. Pretty common in other softwares and there’s a great Blender addon for that as well, it’d be neat to have it in geo nodes as well.

Could give us a surface deform option based on UV sample space.

I’m more interested in storing complex attribute on low poly meshes without the need for intermediary subdivided mesh just to provide points for data storage. Procedural UVs could be great to remove the need for temporary mesh entirely.

Can we comb inside geometry node for new hair system(mathematically) instead of sculpt mode?

In a similar manner as previous posts I was wondering if we will ever get ability to basically add edit node to wherever in the geometry node tree. Similarly like we can add transform node for example?

Maybe eventually, but as far as I know there is no work being done on this.

A post was split to a new topic: Geometry Nodes: attach driver to Float property

A post was split to a new topic: Create cube of cubes with random size using geometry nodes