Harakiri (Project: The Other) - COMPLETED

Few will remember my attempts to make short films… in general, they failed.

However, this being my last year in school, I thought I might resurrect and old script and appropriate it for my major art project themed ‘The Other’

So to start off, here is a little poster I made…
Just finished the character (rigging took several attempts) and tested some lighting and the general compositing I want for the film:

So the next step is, I think, creating the second (and only other) character…

I did create a few other things long ago while this project was still alive in it’s old form, but my skills were slightly less… adequate… so I will have to redo most of it

UPDATE:
It’s done now… not very proud of it.

If you’ve got this character rigged, you should do some sample animations and post them on youtube

You are absolutely one of my favorite 3d artists to watch. you have such a phenomenal growth rate comparing this to some of the stuff you were doing last year, incredible is the only word that comes to mind. Good luck with your matric year you should kick some butt with this.

As for the walk cycle:
not the best, but considering my lack in animation for the past year, I think it’s a start
some notes to improve: follow through - seems too robotic; more torso movement if the arms swing like that - robots everywhere!; and fix my damn rig… maybe you cant see it but the hand’s are crazy messed… didnt notice it for some reason when i did the poster

Finished rigging the character (for good this time) which involved some trickyness on the jacket - but it seems to be good now.
And then after some comping I rendered it on renderweb

I’ve run into a shading problem… anyone know how to fix?
I get these weird artifacts:

Here’s a better view of the artifacts:

Well that issue seems to be less of a problem during actual rendering… still apparent, but less so… I’ll just ignore it for now

Working on the first scene:
Render times are ridiculous - 17 mins for half HD and 50 mins for 1080p… hectic stuff… I shall definitly make use of renderwebwhen it comes to animation

Tested some lighting and slight compositing
Oh and the pink wireframe boxes are placeholders for objects I’m too lazy to make yet.

bit less strength on the normal map on the floor and the roof, Larger light bulb much more sun light and a little more bounce light in the room, but other wise good and rather realistic (:

Working on those… but I think the light bulb is the right size (ish); and I don’t want more sun light

You could call it procrastination…

It looks like the artifacts are caused by a mix up in you normal map language. If your normal map is tangent then it needs to be switched to that, same for global and object, otherwise it will look funky.

Oooh, I think it is because she is evil! I tried to color correct the image, and…well look what happens when you brighten it up!

On a serious note, I am glad to see you doing this Greg! Just remember to keep it short and sweet, don’t depend on anyone other than yourself, and focus on good animation! 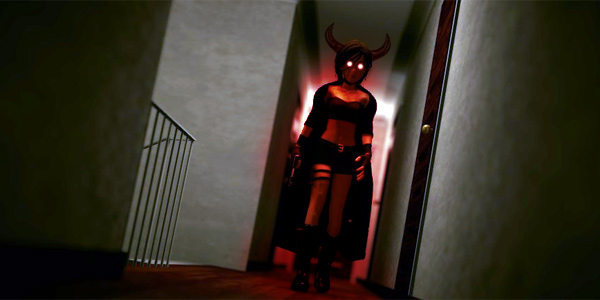