How can I see the distance between an empty and the origin of the object that has the geometry node?

Hi,
An Object Info node pointing to itself gives you the location (position of the origin point) of the object.
From there you can scale an object relative to another object´s location. 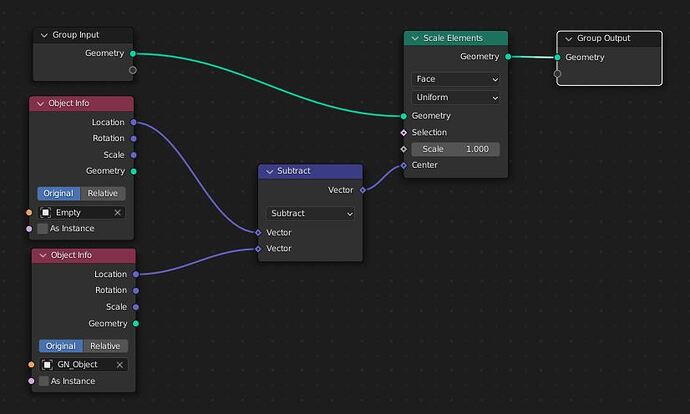