Interstellar gave me a pretty big dose of inspiration. Gravitational lensing on black hole just shocked me, it was just mesmerising. Being an astronomy and sci-fi fan, i just couldn’t resist trying to do something similar myself.

Obviously i’m not a coder to write a renderer or a shader to properly simulate gravitational lensing. So i figured out a trick wich (in render, not as a post effect) simulates gravitational lensing in reasonably acurate way, as it’s still a trick. But result came out pretty consistent with result in movie itself. That was a surprise for me.

The accretion disk is a smoke simulation with some complex shading network, had to use heavy retexturing.

It’s still a wip. C&C are welcome as always. 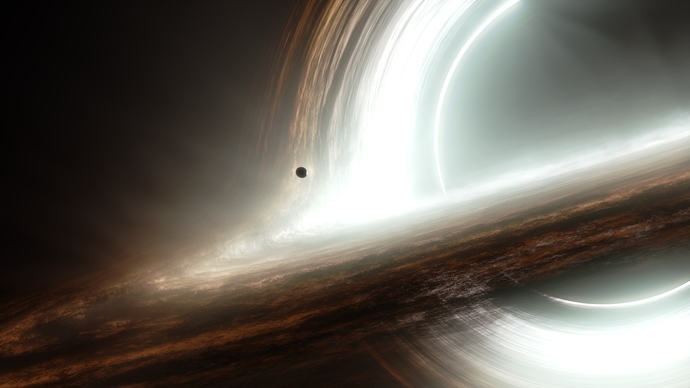 Render with no post effects, and one of the early tests of accretion disk 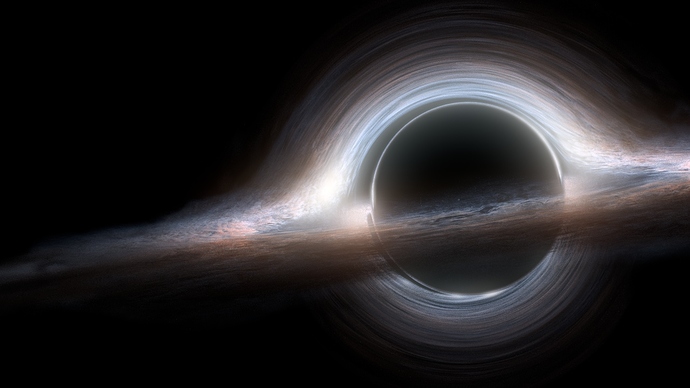 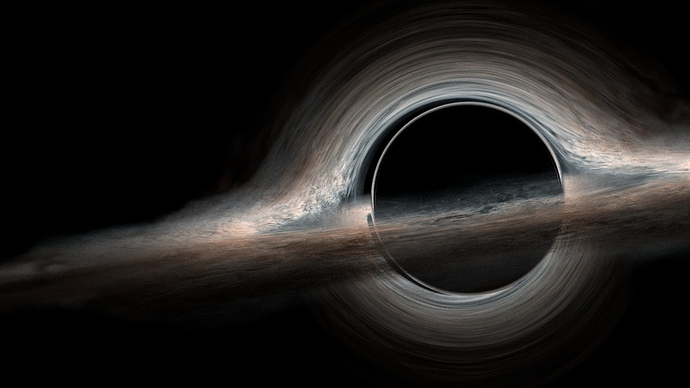 Great work rainbow, love to get my mitts on a blend file to take it to bits!

Good job! Wonder how did you make the gravity trick…

I agree, give us the blend and the some screenshots of the nodes.

Wow looks very intriging! i like the other non post pro image as well. The shot below that looks some how like a rug or a drape of whool

Thanx guys. I’ll share the distortion setup blend as soon as i’ll finish the project. There is still few other objects to be done. Spaceship, planet… Black hole itself isnt finished yet. the disk is too uniform, it has almost no large scale details, while small scale ones are relatively good (still not good enough). And the post effects ofcourse is just a test, done in 15 min.

The last pic, “the whool” is just a test with smoke sim. I needed to figure out how to distort noise texture (coordinates) with smoke sim density. Solution was quite simple but interesting for me. I had to just devide ones vector coordinates with another ones (mixRGB node, it works with vectors too

). So it’s a good way to add details to existing smoke sim.

Fantastic work. Looks much like it did in the movie.

Here is a new version. Took 12 hours. Meanwhile, i’ll try to render fullHD with some decent samples. Let’s see how long it will take 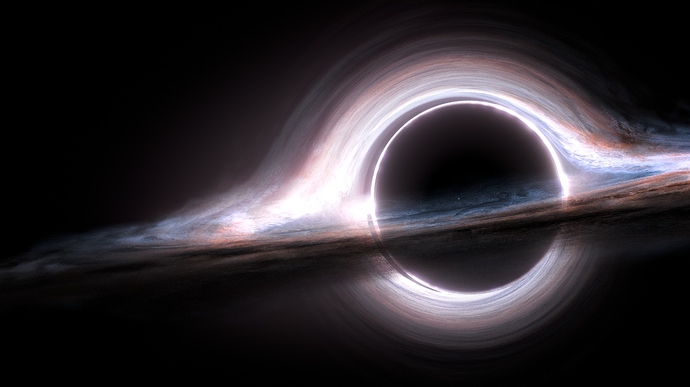 Also would be good to render some other angles

Amazing work. The accretion disk could probably be much brighter, but that’s only a tiny issue. Very clever way of re-creating the lensing! In my experiments creating this effect, I was thinking along the same lines, though my results were nowhere near as good as this.

The black hole was probably one of my favorite things in the movie, from a visual standpoint at least (entering the wormhole was also probably one of the most stunning scenes I’ve seen). Double Negative can’t not win an oscar for that film.

wait you mean this small image took 12h! Than the HD must take more than a week or so. Image looks pretty cool

yea, it actualy takes that long, because smoke sims does not render on gpu. Other than that i use dense refractive surfaces with high level (4) of subdivision. Plus volume scattering. On GPU it would be minimum 3 - 4 times faster i think.

Looking at image after some time i really dont like the colors… somewhat unreal, too saturated. Maybe too much post processing…

Amazing! We need a blend file up on Blendswap when you’re done! One question though - the accretion disk looks dusty (evidence of the smoke sim). As far as real black holes go, I guess there’d be more light from the numerous orbiting suns that should mask the gases and other dusty matter. Or maybe it’s just me.

Amazing! let’s see your blend file up and see what you had been worked on so far… really cool!

That look really good! I’m interested to see how it will look when you add the spaceship and planets you talked about. What about some stars?

Hey, thanks for the update. I can’t wait to see that node setup. Great work !

See, the thing about black holes is, they’re black, and the thing about grit is, it’s black (Holly in Red Dwarf, after mistaking grit in the scannerscope for, well, you-know-what)