Is there a way to connect multiple objects (100+) by their diameter/size?

I have a scanned object that wasn’t done in the best way so there is a lot of lose geometry/pieces that should all be one single object. I have been trying to connect them following the pattern of the pieces but there are soooo many. I have been doing it manually and have tried different ways (join, bridge, connect vertices at center, sculpt>elastic deform, splines, etc) but can only do a few at a time for it to somewhat work. Is there a more efficient way of achieving this?

can you share a screenshot of the mesh and what you are trying to accomplish?

I can’t share the exact one I’m working on but this is a similar one: 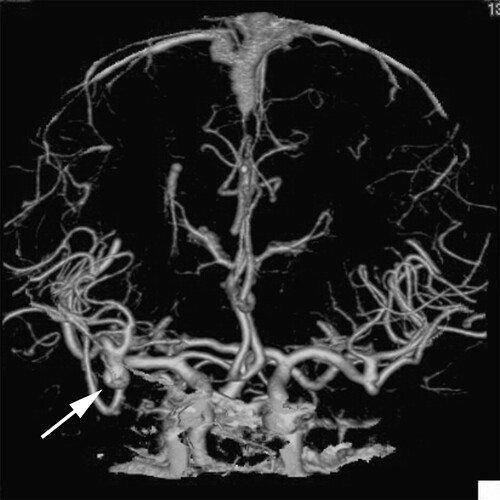 It’s a ct angiogram. So instead of having the vessels like one continuous tubular structure, it’s many pieces of the “tubes” of different sizes, similar to the upper half portion of the picture where all those tubes/strings seem broken/disconnected. I have that same problem but like 10x the broken pieces

Is there a way to “sew” them with like b-splines/curves and then just adjust the depth or something?
Thanks for any insight

Wow that is heavy lifting. I’d say try getting a more accurate scan, but if this is all you’ve got… you’d have to “fix” the vessels by hand, I don’t see a way of automating that. Apart from doing serious surface analysis and singling out the tubular parts, even then I’m not sure how you would automate placing curves to act as replacement parts…? really not obvious. Maybe drawing them with the curve draw tool, set to project on surfaces ?

Oof, yeah, that’s a tough one. Do you just have the meshed version, or do you have the dicom files?

Wow that is heavy lifting

Yes, that is what i have been doing, trying to “fix” or connect a few at a time (it’s actually kind of entertaining, like doing a puzzle

I have tried the curve draw tool and i haven’t got it to always work (my own lack of experience) but i will take your advice and try that/practice with it more. Thank you!

I have the mesh and dicoms of it. I have tried stuff like slicer before passing it to blender but for some reason, it doesn’t handle data as well as blender. It takes a lot to do operations and will crash in the middle of trying something and then i lose the work. Could be my own hardware constraints idk

I’m not at all familiar with Slicer, but how could any tool be able to resolve something that is ultimately missing from the original radiographic data ? Does it have like reconstruction routines or something to that effect ?

Technically the data is “there” in most of the cases but when they did the scan, the reconstruction kernel and other machine settings weren’t optimal etc. Slicer and other tools used for medical images and stuff do have some reconstruction capabilities mostly in the way of adjusting the thresholding to a different level where structures that were initially “missed” by the scan become visible. Of course that feature is not perfect and you will get other image artifacts and other stuff to adjust.

I’ve played with some dental dicoms and they are indeed fiddly to get the threshold to a useful level.

I see, so the scan is initially volume data and Slicer generates an isosurface from a density threshold ?

Of course that feature is not perfect and you will get other image artifacts and other stuff to adjust.

Yes. Couldn’t you do exactly that with a lower threshold and instead of reconstructing, you’d have additional cleanup to do instead. At what threshold do the missing structures appear completely ?

… interesting… you heard of github DicomToMesh ?

The scan is initially a bunch of flat 2D slices in DICOM or TIFF or wtv image format they saved it as. Slicer or similar tools take those hundreds of 2D slices and stacks them generating a volumetric representation of the structure scanned. You can then save that as an .stl or .ply mesh etc.

The threshold is a value that is not constant. Its adjustment will vary greatly from type of study, body structure scanned, use of contrast and other machine settings. There are certain “preset” settings that have the best parameters selected for the type of scan and structure scanned but again, they are not perfect. There is always some manual work to do. The cleanup you would have to do at a min/max threshold could really just blur out the image in noise or change the contrast so much that you cant see anything and would make it impossible to cleanup. So it can be a very tricky thing especially for low density structures (i.e. soft tissues - blood vessels) vs bone. Then if you have a shitty scan like me, even worse XD

Not specifically. I use slicer and alikes to turn DICOMs into meshes. Is there something special about dicom to mesh? I’ll check it out. Thank you !

been a while i did not check lately but

can you upload a small part of the big mesh thing
so we can looks at the object and verts !

do you need a 3D object for all the tubes ?

there was a way to use images slices and use voxel in blender to make a 3d model
don’t know if still possible in latest bl 3.2

Thanks for taking the time I appreciate it

This stuff is quite interesting indeed but yeah, the problem is not so much producing a mesh from a DICOM or other image format but more like the “refining” or clean up needed.

if you have the slices may be some one can point out how to use these and make a 3D model using voxel in bl 3.2