Finally I can say that this is a finished project, the Kawasaki Ki-100 was a single-seat single-engine fighter aircraft used by the Imperial Japanese Army Air Service during World War II. With a radial engine instead of linear engine.

The model, the materials and textures was created 100% in blender and the composition was made in photoshop. 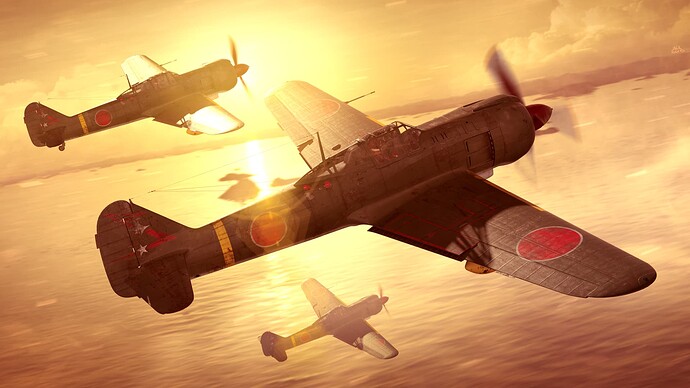 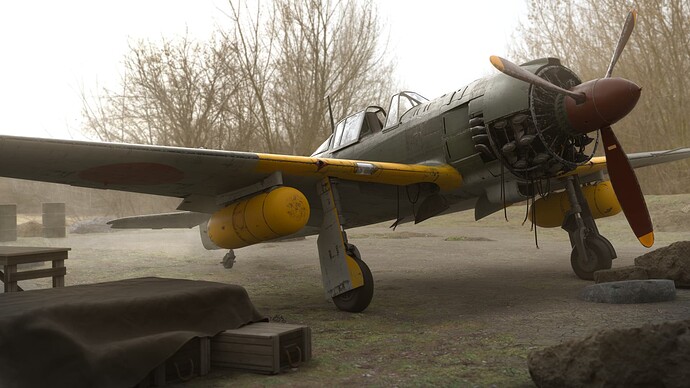 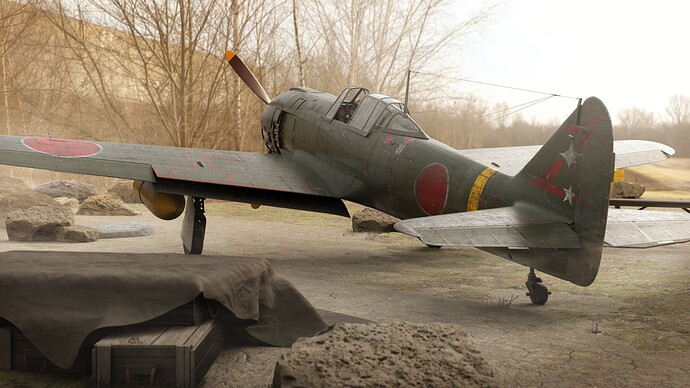 This is so realistic !!!

Really love the detail and effort you put in that !
Keep going

Really nicely made and detailed model.

I imported the image into after effects and create a lens flare wich is a plug in; exported just that layer as an image and composed it in photoshop. 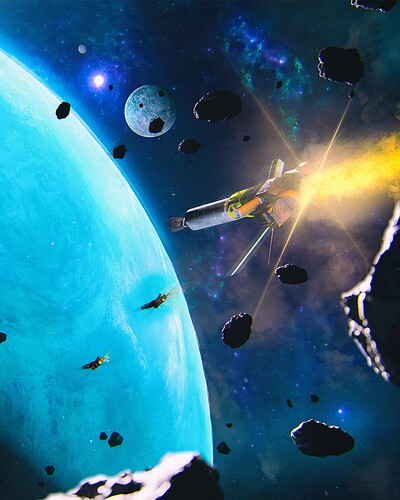