When I start doing Krum - Battle Arena back in 2018, this was my initial idea and I made an announcement. It was somehing like this:
Krum - Battle Arena goal is to finance the creation of “Krum - Gates Of Hell” , which will be an actual single player game with story, caharacters…etc.

The goal remains the same. I specifficaly designed this game, so that I’ll be able to released it on Steam in 2 years and continue develop it for another year. That’s why there is no story(well it’s basically in the world of Krum games) , no connection between maps, no cutscenes and it is a small competitive game with leaderboards.
Otherwise, I wouldn’t be able to pull out something playable in this timespan.
If this game achieve its goal at even 40%-50% I’ll definately start the “Krum - Gates Of Hell” project.

Anyways, I decided to listen to you guys and not adding different stats to the skins. They will remain purely cosmetics modifications.

No plans for that. Multiplayer in Blender is not a viable option, when it comes to Steam players from all over the world. Also I personnaly am not a big fan of multiplayer games. The sole purpose of this game is to try to finance my next endeavour: Krum - Gates Of Hell

I seriously doubt that, but there is always hope.

That’s Great man i cant wait for another official KRUM, myself as well im a huge fan of single player story driven games and that extends across the board so not having a dedicated Multiplayer mode for Battle Arena is not a train smash nor the next KRUM actually im very happy to hear that they will be another one im wishing you all the best and i fully support all your hard efforts and time and passion let alone all the creativity to make this game and till this day this is one of my favorite BGE games, so please keep KRUM 2 coming i patiently await the next installment in the franchise

so keep up the Amazing work buddy

Is that a unofficial announcement of a 3rd Krum game or a new Krum - Battle Arena map?

You mean the 2nd KRUM Game !!!
Im pretty sure it is bud but this is the 2nd installment in the series since there’s no story in Battle Arena so consider Battle Arena as an Expansion for the 1st game or to say the least a stand alone DLC !!!

Because last time i hopped back in to notmal KRUM there was an selection option to play Battle Arena so you can launch the game from the 1st Game’s menu and all lets hope he can finish new arena’s im definitely buying this game when its finished !!!

Fortunately (Unfortunately?) no.
This Krum game is the 2nd Krum game in the Krum series.
1st Krum game was Krum - Edge of Darkness.

[image] KRUM - Edge Of Darkness is a tribute to all legendary hack and slash games, like Drakan, Severance:BOD, Rune and many others. If you love old school action RPGs I hope you will like this one. The game leans heavily on action, its main features are: Unique combat system Various weapon combos Looting almost everything and anyone around you - enemies and objects(barrels,pots,crates…) Interesting story line set in a devastated but still beautiful world. Using any…

Lmao look we could fight all day about this!

And we’re commenting on the very same thread the man has made and announced his game so why dont we just let him speak for himself without assuming which is which !!!

Fortunately (Unfortunately?) no.
This Krum game is the 2nd Krum game in the Krum series.
1st Krum game was Krum - Edge of Darkness.

And that is wrong , this is how it goes …

And lastly you cannot have a sequel or a follow up that has no story when the 1st game had one if the owner doesn’t consider it a sequel then it is not !!!

Its like releasing a TBW 2 but no story just online play then that’s not a sequel at all it might as well just be a DLC or an expansion with a new mode for players to play online…
Again that was just an example!

When I said Krum was over 2GBs I wasn’t complaining about the game-size in general.
I was more frustrated about how much internet data the Steam client takes which was over 1GB & adding up fast, not to mention bandwidth.

As of now there is only one arena and 7 monsters in Krum. If I create all arenas and monsters the game will grow to probably about 20GB. And that wil be mostly to textures size, like in most games textures are taking up to 70% of the game content.

20 GB is nothing, so don’t worry about it. Just keep expanding!
It’s like ark, want to play with dinos you may download 210 GB lol.(with 3 expansions).

Don’t forget armatures/animations will eat a lot of space as well. 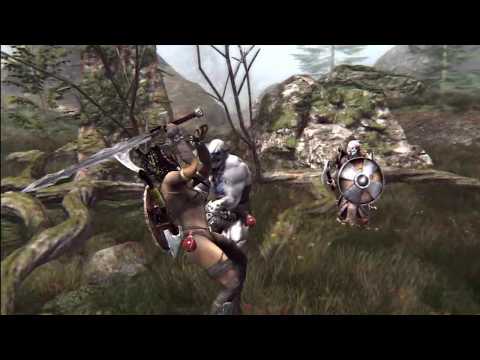 and as i see it just a skin? works good.