I’m trying to create an image with a locomotiv in it but i’m strugling with the wheelwork, which bars are connected to each other, how they move and stuff like that. So if anybody has a highres vid which i can actually download would be really great.
Crits and tips are also welcome. 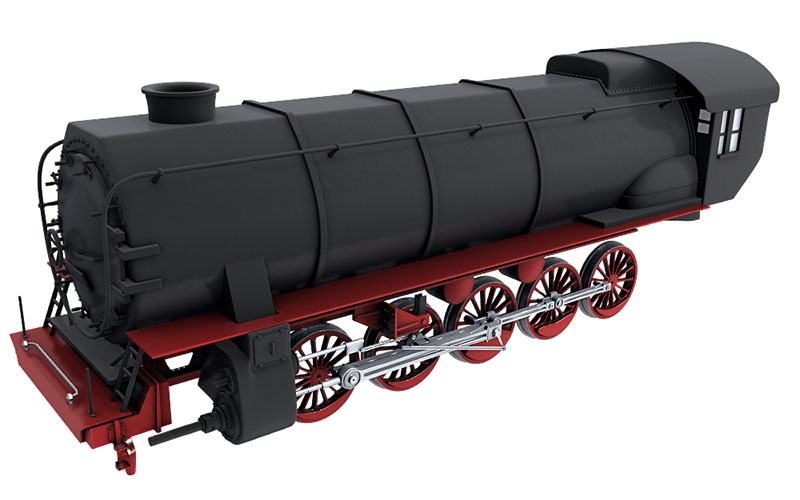 very good start. it looks pretty clean and there seems to be alot of detail. any wires?

also about the wheels, check this page. there is a GIF animation further down the page, if you have a look at that. you should get a decent overview of what is happening.

A locomotive or engine is a rail transport vehicle that provides the motive power for a train. If a locomotive is capable of carrying a payload, it is usually rather referred to as multiple units, motor coaches, railcars or power cars; the use of these self-propelled vehicles is increasingly common for passenger trains, but rare for freight (see CargoSprinter). Traditionally, locomotives pulled trains from the front. However, push-pull operation has become common, where the train may have a locom...

That’s purefect !!! exactly what i was looking for, stupid me that i haven’t looked onto wiki

There are many vids but they have a bad quality and you can’t rewind them properly for studying the movements, general problem with youtube videos. 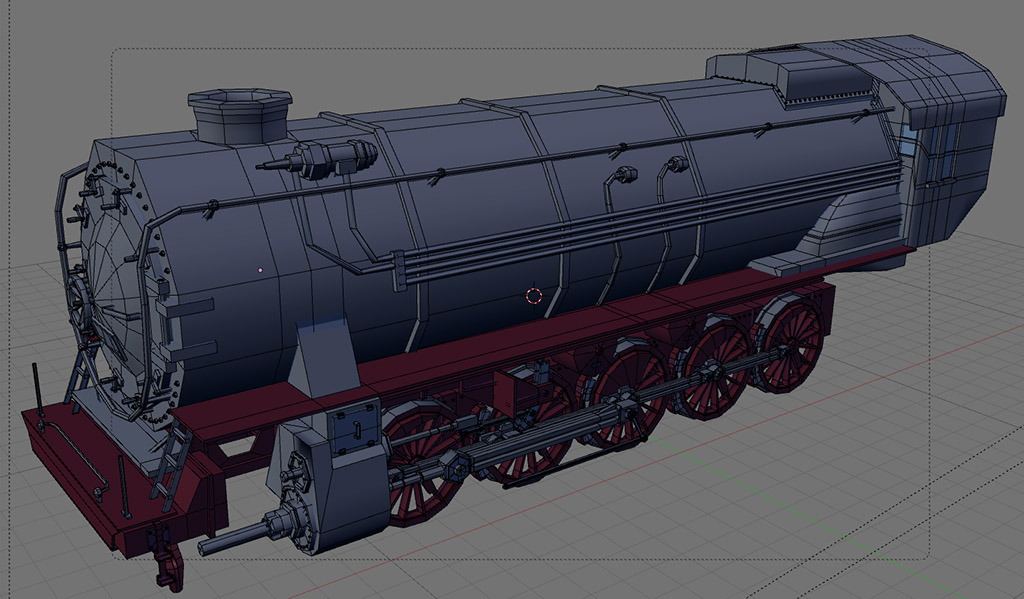 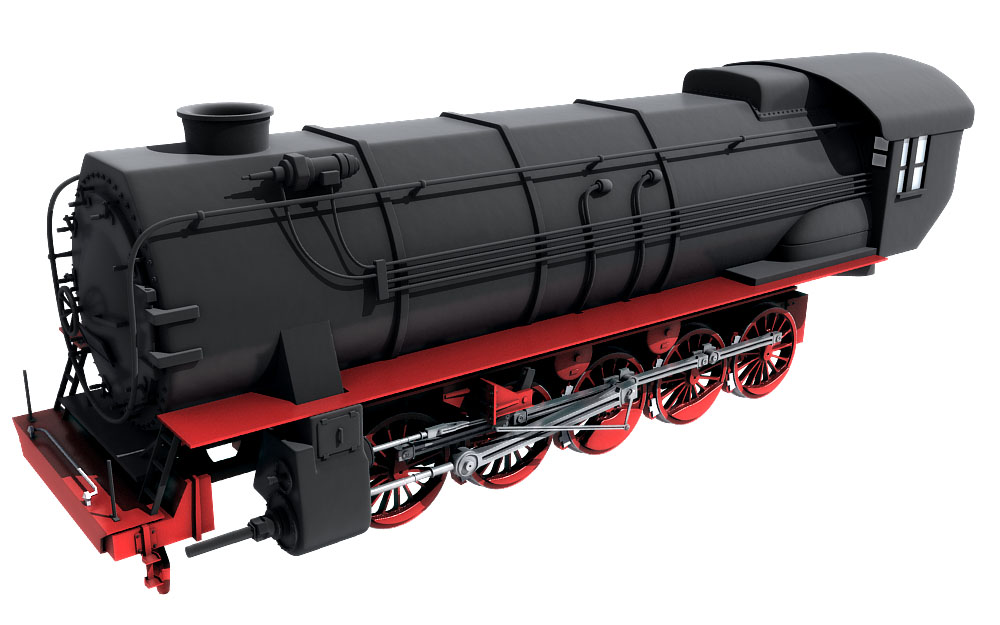 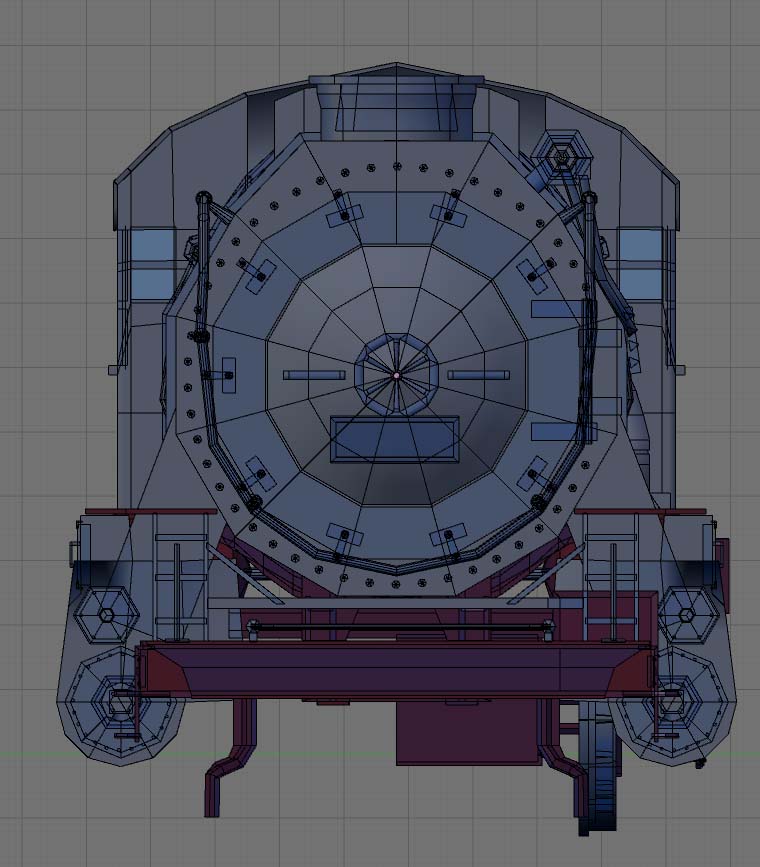 Looks great so far. Is this an actual loco or your own design. A locomotive of that size would probably need to be articulated so it doesn’t climb out of the tracks on curves.

Check out this link for some info,
http://www.steamlocomotive.com/articulated/

Very, very nice! The detail in the pistons and couplings is staggering. Some close ups of them maybe? Anyway, Not many things to crit, it’s too good, except for things you haven’t got round to adding yet like some wheels (can’t remember the locomotive term) under the cabin (also don’t remember the term) at the rear.

>nightowl
Completly fictional so far. Took some pictures of locomotives and picked some elemts from different images.
The side is a black hole sucks you up and will never spit you out

would be a nice name for a picture… 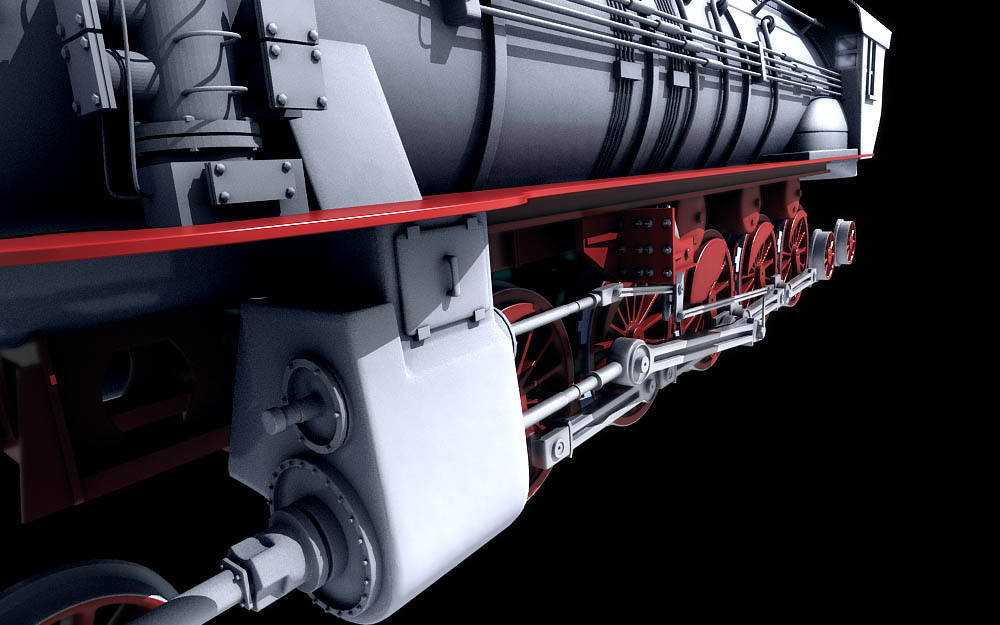 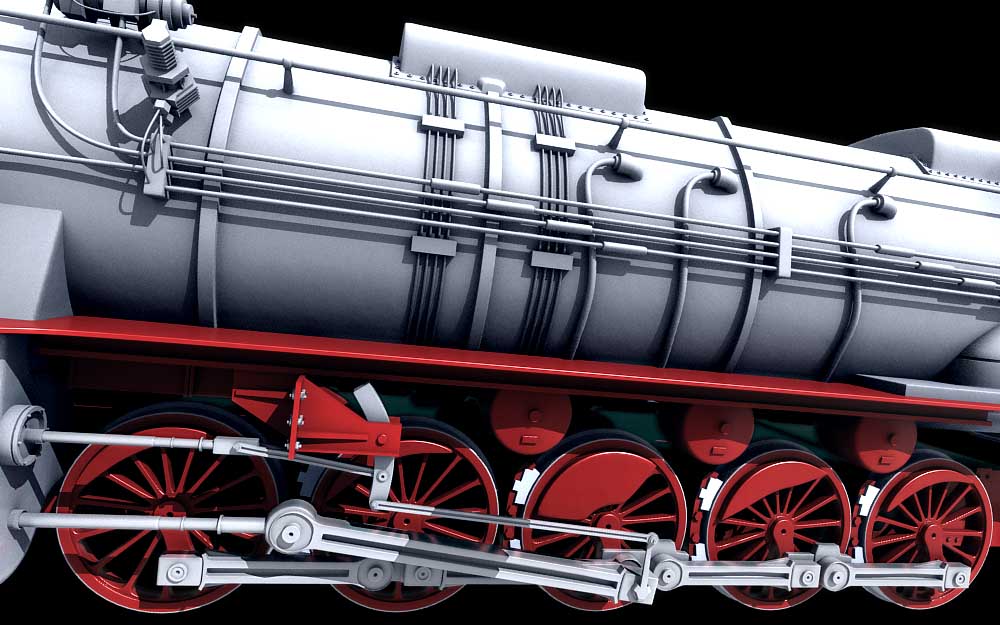 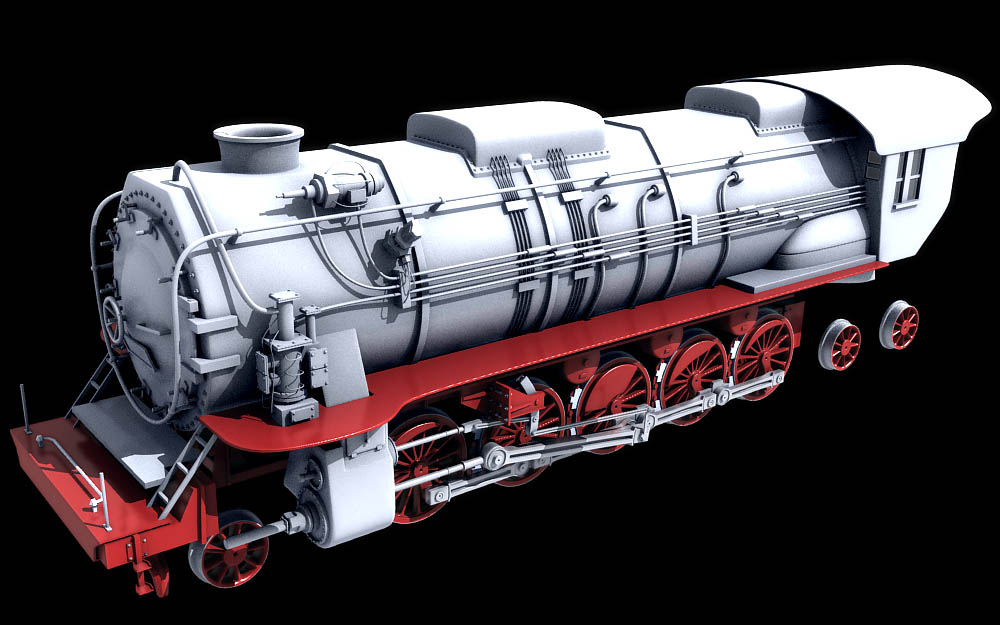 This will be the final wheel setup for the train. 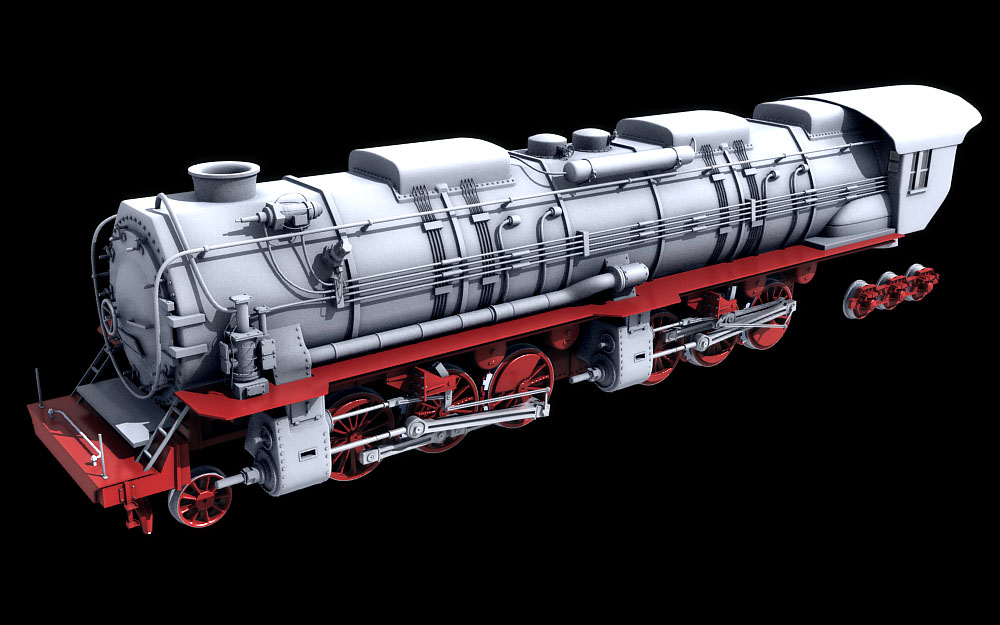 are you adding a scene

This has got to be the best Blender train o the site.

>Mosh
Yepp there will be a scene, dunno yet what it’ll be like.

>captainkirk
Would love to believe that but i haven’t seen that much trains here.

some proportions and little details 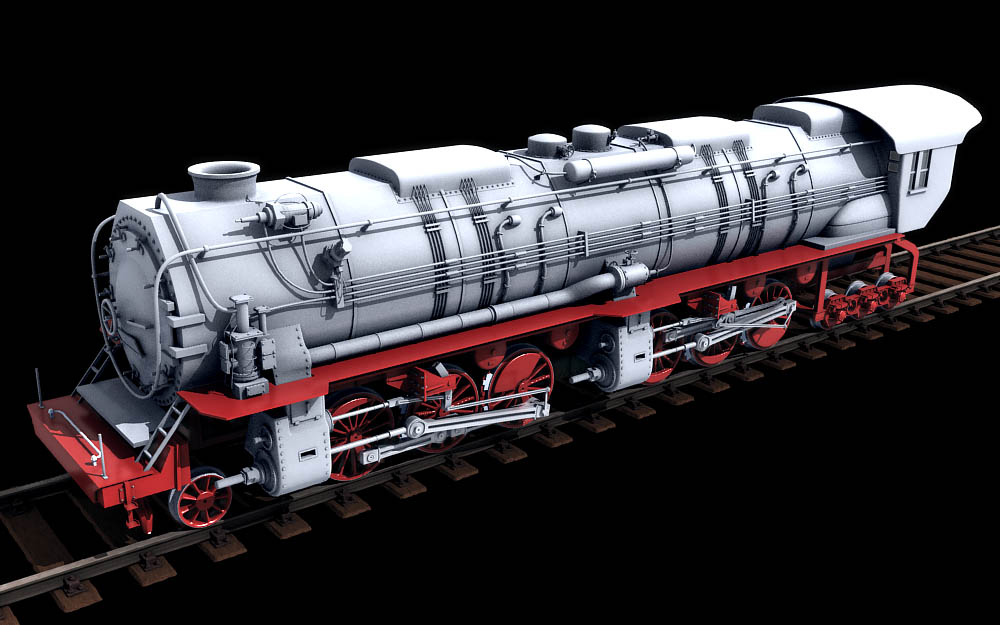 Yes i did. It’s not well rigged because one bar is doing on both ends circular movements and i have only found a recursive solution (two bones influence each other), so one end of the bar wobbels a bit at a connection to another bar, but for non animated stuff its enough.
Made a little gif.

>render me with indigo

i will give it a shot