Looking for a $1200 or less computer for blender

I don’t need a monitor, keyboard, or mouse, but I’m looking for a pre-built desktop (or laptop) that will hopefully cost under $1,000, but I could stretch to $1200 if it’s worth it.

I mostly do modeling in blender for 3D printing, but I’m looking into creating my own independent VR game as well. I also do a tiny bit of animation, and video editing, effects occasionally.

Any suggestions for a pre-built system that fits all of this? I don’t have a VR system yet, but will get one when they are available again oh, so this computer system should be able to run that as well.

tbh… for that kind of money, and wanting to do all that, you probably have to really prioritize some items.

Not saying it can’t be done, but <1000 dollar for a modern pc for serious 3d/vr work will be hard. Maybe you should look into some 2nd hand stuff, like graphics cards to save some money here and there.

I recently budgeted a new PC based on a mid-size 16 core AMD CPU, and total was over 2500 euros.
And I didn’t go overboard, but 1st grade hardware is pricey…

If you can excuse the shouty presenters, youtube is always a good place to start 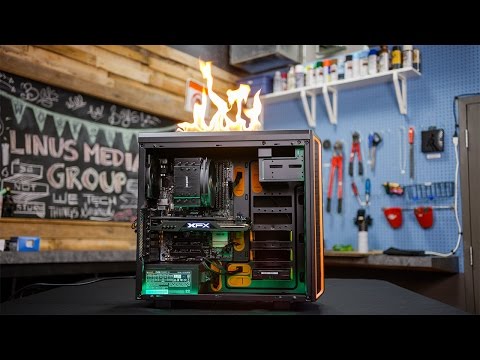 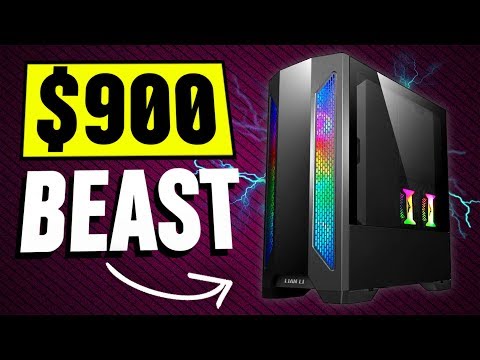 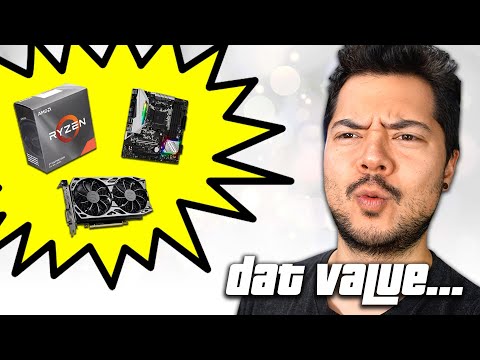 I’ve seen that at least for playing VR games there are machines in the $1200 range that have higher than the minimum specs required for VR. So I think it’s doable just not going to be super high end. I’ve seen some in that price range that are including the RTX 2060 super graphics card.

I just haven’t bought a new computer in about 8 years, and so I assumed almost anything I get would be better than my last computer. Throw the last one cost me over $2,000.

I’ve watched some YouTube videos, but I haven’t seen any videos that related to blender. I guess maybe a better question would be for what I’m doing in blender what would be a good graphics card recommended, as well as CPU, and memory?

I don’t want to build the PC, I want one that’s already put together.

It’s been over 15 years since I put a PC together, and I don’t really find doing that sort of thing fun. when I looked into building one it also looks like it would end up costing me more than buying one that was pre built.

More often than not (and in my experience) the premiums you pay come from the cost of other folks building it. If you wanna maximize your power to dollar ratio, you don’t have a choice.

Also it’s not really about fun. You’re building your workhorse, right? You’re livelihood is gonna hinge on it to a degree. Don’t you want to know exactly how it came together? I can guarantee you’re gonna be opening it up eventually.

Especially if your indie dev plan kicks off.

when I looked into building one it also looks like it would end up costing me more than buying one that was pre built.

This is definitely not true but you’d only maybe save about $50 to $100 building yourself so maybe not worth it for you, fair enough.

During the peak of gpu mining it was certainly possible to get a good mid-tier gpu at a reasonable price by buying a pre-built, taking the gpu from it and selling the rest of the system though. But that was not a normal situation.

So then what do you recommend? Do you think anything that is in a video or article about putting together a gaming PC is applicable to what I want to do with blender? From my research, it looks like all the modeling I’m doing won’t take advantage of multi-threading, so it seems like I want to try to get a CPU that has a high gigahertz to help with that. There’s also seems like CPU’s these days are more focused on multi-threading.

Yeah, but that’s been the way for the past decade honestly.

But a gaming PC is 100% everything you’d need for a workstation PC. Especially if you’re doing vfx and compositing type stuff like you say you want to. Plus, if you get an nvidia gpu, you can use the studio drivers that supposedly treats your hardware more like a quatro. When I switched over I saw a noticeable performance increase.

Great. Do you know about the differences between AMD Ryzen and Intel. Or if it’s worth the money to go with a Ryzen 7 over a 5, or the same for an i7 over an i5 with Intel?

It depends on whether your intended tasks make heavy use of multi-threading. If your work mainly concerns games or working with Eevee, you might want to prioritize getting a good GPU. If you will do things like detailed CPU-rendering, fluid/smoke simulation, or other heavy tasks, then you will want at least an 8 core/16 thread chip.

At the least, AMD has done a good job in forcing a sizable leap in the performance you get for lower-end chips, which is nice for some as GPU prices remain at crazy levels.

here’s an example build, if you find a prebuilt with similar stats at a similar power price then it’s probably a good enough system to go for.

I would still need to buy Windows since a lot of software I use is only on Windows. Seems like that will cost another $130 or so. That puts the total at around $1400 not counting tax. I may be able to do it though. They may be using lower quality parts in some situations, but I’ve seen prebuilt systems for similar prices with the same cpu and gpu, and incude windows, a keyboard and a mouse. That is why I don’t think putting it together myself makes sense.

Yeah, I was offering that list just as a reference.

Intel seems to be the go to for the commercial art industries but it doesn’t seem to be for any reason other than name recognition and tradition honestly. I just switched to an amd cpu and haven’t noticed any quirk, and I PUSH this thing.

Don’t get me wrong, I’ve only used intel in laptops, and built one gaming specific system from another but all my desktops have always been AMD systems to support competition, however…

Higher boost clock and the potential to OC further makes it a better choice according to his previously listed criteria.

Absolutely not. 16GB is anemic for any heavy modeling workload. I wouldn’t even consider building a working computer with less than 32GB. My next build, for example, is going to be 64GB (although I’m future proofing a bit with that much).

If 32 isn’t in your budget, then what you should do is get 16GB in fewer sticks of RAM so that later if you upgrade you’ll still have empty RAM slots to add more sticks to. (Instead of filling all your slots with smaller RAM sticks and then having to replace all your RAM when you upgrade.)

Getting around a $100 is a good idea. After that I’d go with the RTX 2070 super with the extra money. If you can wait a few months the RTX 30 series might be out. Though it could also be delayed due to corona.