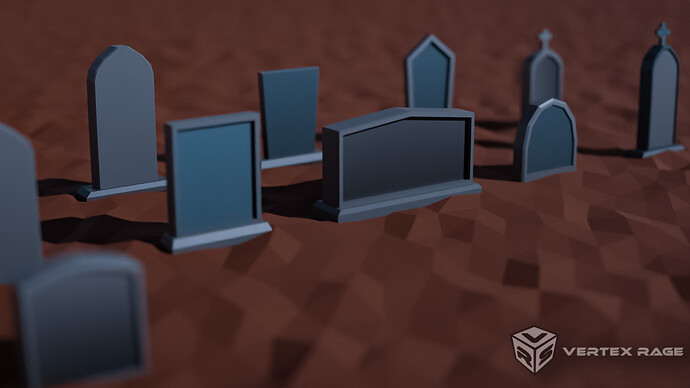 I’ve started building an asset pack for both unity and unreal. As soon as I finished working on my old graveyard I had an idea of making an asset pack from it. I started with trying to re-use my old models from that old blend file… but I’ve learnt quite a lot from that time and fixing and improving that old one would take more time than starting from scratch. So I did that 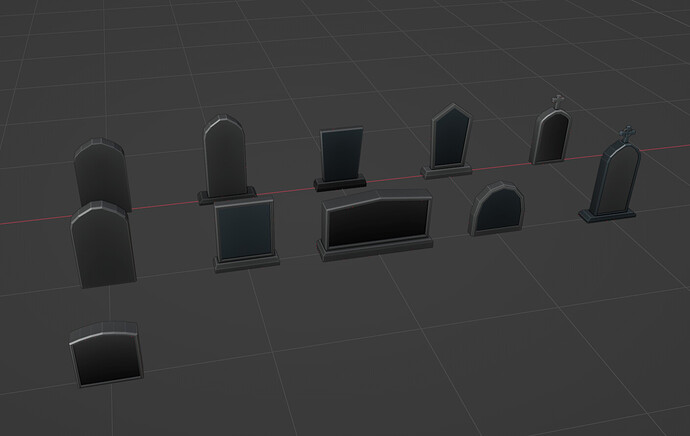 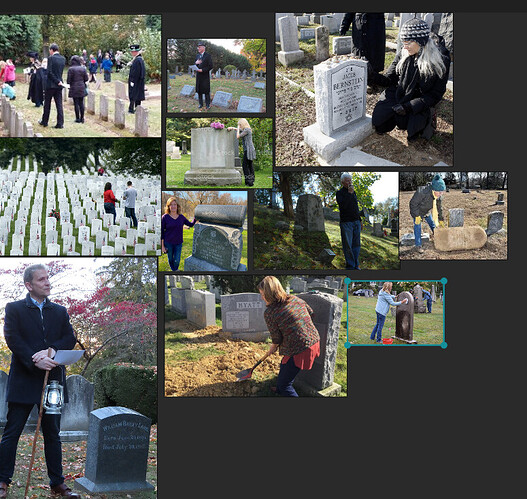 the variation is insane of sizes and shapes

Whichever area of human endeavour I research, I am still always bowled over by the amazing variety (and by how little I knew about its creation beforehand).

I am still always bowled over by the amazing variety

(and by how little I knew about its creation beforehand).

Oh, and for me it’s even worse when it comes to remembering measurements. Obviously I’ve been at graveyards, and seen them in movies too (for different cultures)… I modeled a couple of gravestones, and started thinking if I got the scale right… and I realized that I have no clue what ‘right scale’ is in this case…

. And also good thing about low poly things is that anybody will be able to simply scale it up/down in unity/unreal to fit in their game without texture stretching issues or affecting overall texel density…

I think that in comparison to Manny will might be more-or-less OK as default sizes.

Ah, too add to the variety… I also used midjourney to generate some concepts for them gravestones: 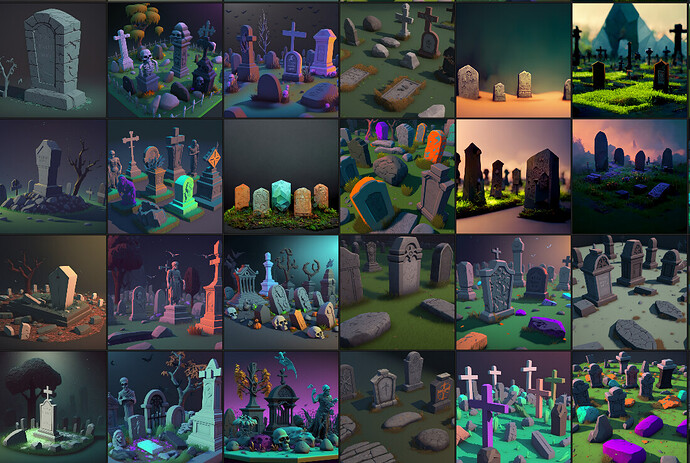 But even if AI showed some cool ideas, than it really doesn’t compare to variety I got from visiting 2-3 websites of commentaries…

Made a little progress: 33 types of gravestones. Now started to make damaged variants: 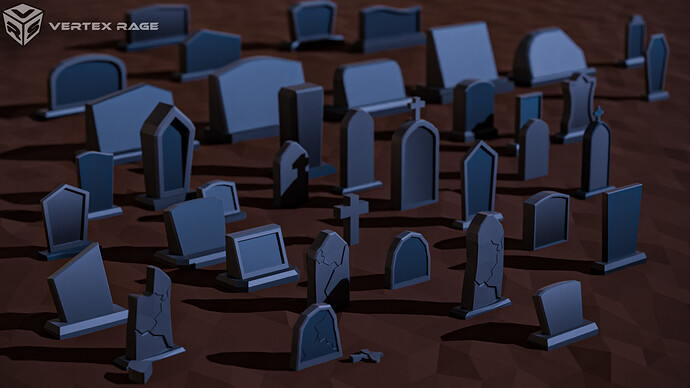 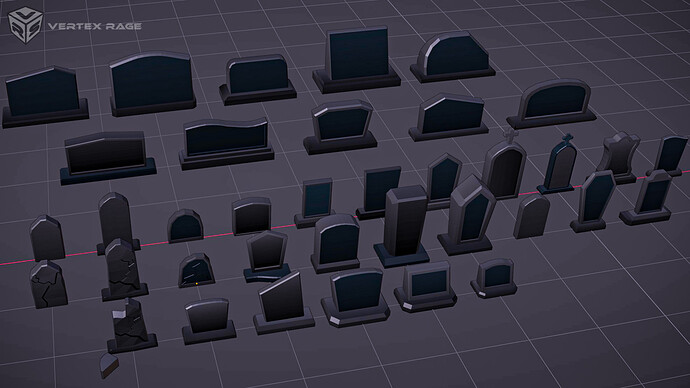 Ok, that took quite a while to finish up - damaging stuff is fun, but quite repetitive and time consuming…

Feature creep will get me always… planned to have ~20 gravestones, have 85

That took couple of hours to fix all the little issues with the models. As always - import to game engine as early as possible to catch issues as they arise.

Also, importing done with https://blenderartists.org/t/addon-ue-helper …and I added a script for using the same ‘framework’ to export from blender to unity (each object as a signle fbx file). That’s not something crazy complex to do, but if someone wants that script - let me know.