At the moment (things are going very fast here), you have to manually add the twig to the particle system of the tree, into the Dupli Object slot, and rise the size of particles a bit.

A great thanks for your so big job!
Could you corrected one thing please? The name of python file don’t use of capital and “addon_” is not necessary.
there are naming conventions to respect in the blender scripts look in the list of addons and addons_contrib.

and your addon create an tree object and not a mesh, I mean.
So you can correct the category too: “Object”

(But if it’s too a mesh: the name become : add_mesh_modular_tree.py and category don’t change: “Add Mesh”)

When making a tree, enable “configure particle system”, then make a twig, then go to the particle settings of your tree and select your leaf as the dupli object.

All this will be easier in the next version of the addon.

Tried it out, very nice! 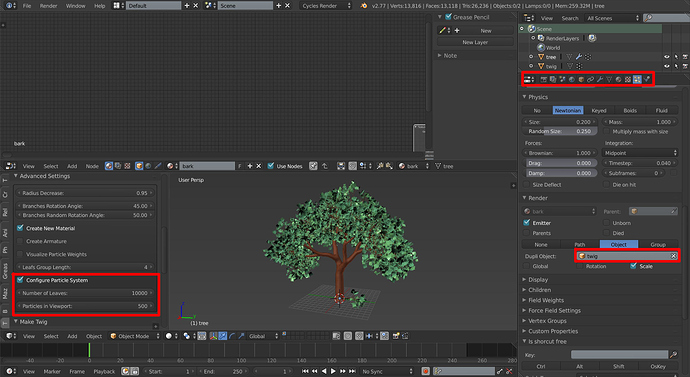 Thanks Graphics_Dev, thats super helpful. Its a great addon.

Most important feature for creating realistic trees is option to control a leaf (twig?) direction. No only ONE leaf - all leafs should be controlled with some rules (vector directions). Leafs direction is changing with growing tree - but leafs are always “looking” for sunshine. Leafs want use ALL of their area to photosynthesis - that’s a reason why leafs are not growing in “ANY” directions from branches. Here is example - EVERY leaf want to see sun with all his area. This is a reason why tree look real (for human eye and brain): 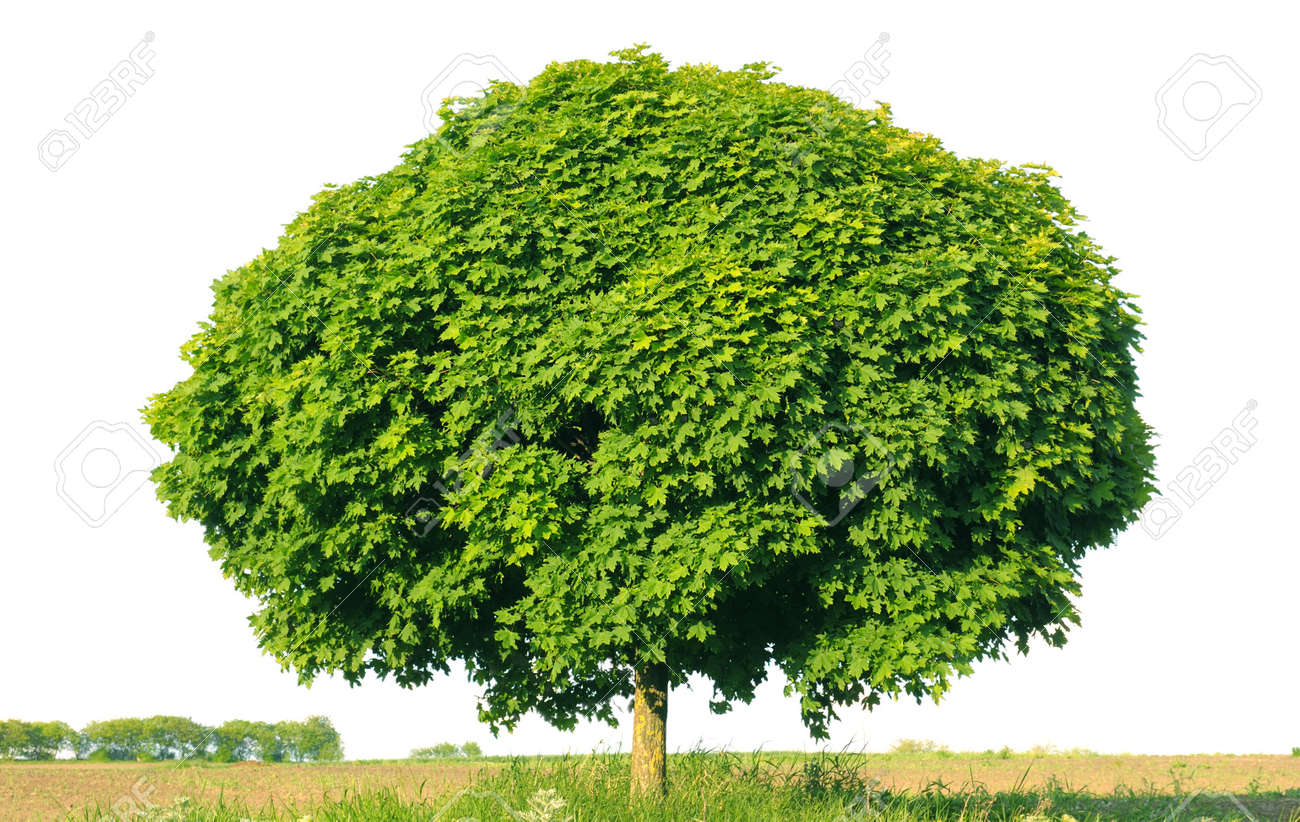 Every tree has own leafs order.
I made hundreds of trees and i see that in many cases trunk can be very simple and branches too, but leafs order is most important to keep tree model look real.
Greetings and thank You guys for such hard work for community. This addon is growing very fast:) like a tree:)

We are working on moving to a zip add-on…please be patient with us as this may take a couple hours.

Alright…everything is fixed! I’ve updated the wiki as well. Two presets have been included in this release sort of as a proof of concept, but more will follow in the future. The biggest thing in this release is the wind animation system with the displace modifier.

I agree, but unfortunately I cannot control particle orientation with python, the only way would be to have real leaves, not particles, but that’s a tremendous number of leaves, I don’t think blender can handle it.

were gleaned while testing the above.

The problem is that, in this specific instance, particles are the twigs, not the leaves, and I really like such approach BTW, so also the twigs would have to be generated with all upward oriented leaves, and the final result could loose too much of randomness, and make too evident repetitions.

by the way … you could use a particle instance modifier to create the leaves as particles at the twigs.
You end up with particles of particles … there’s a nice short tutorial on that, which can be found here:
http://www.local-guru.net/blog/2015/6/3/particle-emitting-particles—tutorial
If you model your own leaf object to be distributed at the twig, you have pretty much control over the leaf and twig distributions.
I made a short test and it works quite well.

Great addon! Keep up the good work!
I would love to have a possibility to tweak different branch levels!

This only allows the rotation along the normal of the emitter.

Release 2.4 is out! I added a check for updates button in the addon prefs, documentation links for all settings, and fixed several major bugs. I am working on the docs right now…please be patient, but do check it out and see if you can learn anything!

I see some huge pause in developing this awesome script

17 days without any news about what next

@hris I know it’s been a long delay

I am in the school year now, so I don’t have a lot of spare time. I really don’t know about @Maxime. The good news is that I am studying computer science, so when I get back, hopefully I can do more!

Relax, do school and life and get back to it when you have time