EDIT:
Linked site is not updated … many changes happened since than especially in theme

See last posts in this thread. The site is more like a start point now.
.
.

MONOICON experimental site
Just ignore the blue if you don’t like, it can be any color …

nice vklidu, like them a lot, it’s a pity you could not make them work before
have you seen how those new icons can be constructed, quite interesting too

I really want this flat icon set to replace all icons from 2.8, specially that classic white/dark

Yes! these are lovely and well done, congrats!
the new tool icons would need a little more detail but the current general ones would be so much better this way.
Contact the dev team ASAP

Great work! Love them.
These ones, combined with more “flat” toolbar icons (2.8 i mean) would be awesome.

@liero: thanks a have mixed feelings - happy I learned something / angry it was partly waste of time, that took me more time than I expected (as ussual

Yes I spoted new icons system from Pablo’s last video - it’s geneius.
And thanks for the link I haven’t seen it !!!
Any details how to generate them from .blend?

2.8 icons would be editable as well and I noticed already Pitiwazou tweeted some screen
Db4dsX7W0AIAr8b.jpg:large

Those are Maya icons. I think he was trying to suggest a more flat look with a mockup.

The purpose of a icon is to depict something, and this kind of icons are unable to do that properly, so nope…

I find these much clearer and immediate

I can’t say I like them. At least not the way they are presented together with themes. They remind me of the old accessibility themes in Windows 98.

The colorful editors and the lack of clean boundary between UI control and the background panel make it look quite unprofessional.

I actually quite like it. The only thing I would change is that I would use a single color to group icons that share related functions. It would make finding things so much faster.

I love your idea of getting rid of the “boundaries” to create more open space/eye rest. This looks allot more professional. The color schemes themselve are a good start but waaaay too saturated and convulated to look pro. The idea of monoicons is good though. A developer should definitely get in contact with you and brainstorm / test.

I only speak about flat minimal icons though. Colored editors is a no go imho, but those icons with subtle separators… i would reeeally use them if available!

@marcoG_ita: OK
@TheRedWaxPolice: Do you have some example? Do you see any icon that does not represent something enough as coloured one? Thank you

At the beginning I used “The Blue” (seen on home page ) as color to see better original and mono version. I wanted to use this colour combination just for presentation - to show only shapes so people will understand its colour independent. Later on when I wanted to create theme for mono icons I felt in love - its something different.
As I already said - dark grey theme is still the most popular across apps (that’s why “classic” version is presented).
Colorfull editors - it depence what you call professional

in my dictionary its effectively used, not design trendy. If you can easier recognise what is what on your heavy used screen you can do job faster. For the same reason some people use coloured keys - quicker find and use.

@EdgeMaster: I was thinking about the same

Or do you have an example? Like default icons use Orange for objects, white-red for sim / textures / brush, blue for modifiers … ? When they are listed, they are collected together, so there is not a real reason, but you mean something like this? 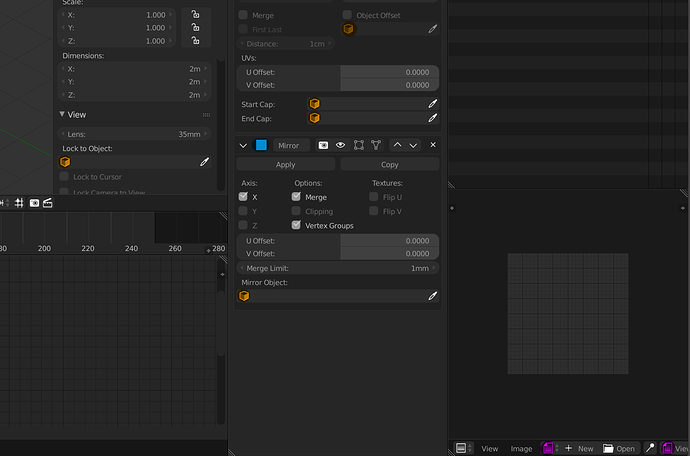 @PolyGreen: Yes, boundaries and pacing are the biggest issue. If you try decrease user interface and increase text in user preferences - you will see already nice difference. Icons are small so even blenders default icons looks OK on dark theme if boundaries are gone. I just wanted to try if mono helps to read them better since shape is simpler.

There is without discussion 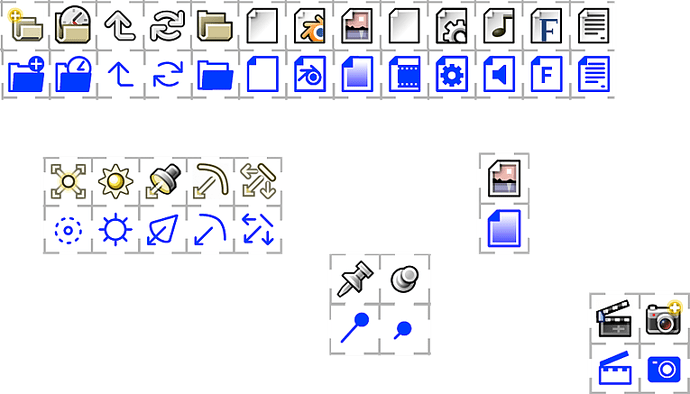 Does exist a reason why light object category is called “Lamp” instead “Light” that fits better light source like Sun better?

I took a look at your experimental site. My honest reaction? The showcase light theme is a shocker. If Blender was like that, I’d be looking for another app.

You were too quick

Sorry I deleted my question. But thanks for answer. If you clicked on the link to check the site, you are not in that category

My confusion comes from fact that almost 500 people clicked on this thread but only 24 opened the site to see icons itself.
Most of the visitors was disappointed just from single cube image?
(An icons list I added just today so before people left the thread just because of cube icon?)

Color or theme is totally not a point of this thread. They are just an example how they can work with light - dark theme or recolored to a totally different one.
Link to a dark theme with a white icons is just bellow. So I’m not sure if that is a point of issue.
BTW on this link clicked just a few people

The point here is the shape and monochrome version of icons.
From your reaction I see i presented them in a wrong way

Note: The blue color for icons I used just to see better new icons that I mostly had to redraw from original file. Later on I noticed this blue is very trendy in these days

So I create one light theme for them.

Ok, found the other links. Those are much better.

However, IMHO the default Blender 2.79 icons are still clearer, easier to scan at a glance, and more visually appealing.

As for the multi-coloured editor backgrounds: not for me. I want an editor background to be unobtrusive and not grab my attention, so I can focus on the tasks at hand. The plain default grey suits me perfectly in that respect, even though it may not be exciting. The exciting stuff is what I do insde the editor, not the editor itself.

Obviously this is personal preference. Personally I don’t go nuts over flat design, having seen many design trends come and go. I’m quite sure it won’t be long before flat design is seen as gruesomely old and boring, like every other trend that preceded it.

But I can see how your setup would be appealing to some people as a custom theme.

Edit: Just thinking about this some more, IMO your icons would be improved by a finer border and less intense colour. The heavy border takes the eye away from the icon content itself, which I probably why I was finding the defaults easier to scan. The colour saturation is a bit much for a dark theme too. It clashes with the text. Ideally you want the visual impact of icon and text pretty well balanced.

Trends are based on change, for sure, but if you check a history so you can see first icons was used flat and mono, just for technical limitations 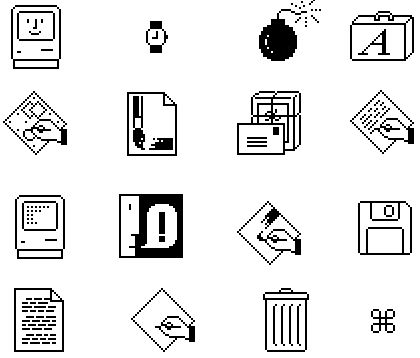 … and just when it was technically possible, all the colorfull-glossy-3D-shaded-realism icons came

… but for some reason trend went back to simplified version - from my opinion, simply because the glory of what is technically possible was replaced by practical usability.

I have a big question mark if monochrome is the best in these 16x16 size.
Some color differences could help to find icon easier on screen, but simplified shape of an icon seems to me easier to read anyway.

Border is one pixel as original one, so probably screenshot problem.
(On site you can see screenshots from how they works in build. Now I’m not sure if screens can be open in their original size to see them pixel precise. I wanted to share a build, but its for mac only.)

It may be a 1px border but, at least for some of the icons, it’s a much more obvious border than the default icons. That makes it visually “heavy” to me. In the list of meshes (Plane, Cube, etc) the borders stand out so much that they tend to overwhelm the rest of the icon. Not so much with the other icon lists. Most of those are ok.

I don’t think there’s any particular advantage in monochrome. A bit of differentiation can be good sometimes, as long as it all hangs together with the theme as a whole.