I’d like to finally develop a first real game using the game engine I’ve been developing in the last few years (SABGE)
This first game will be a 3D adventure / platformer, in which we will play the role of Eagor forced to embark on a journey to collect special stones
I will develop the whole game first in UPBGE (0.2.3) and then i’ll port it to SABGE
Here some recent videos

OOF, those sparkles when picking up coins look so darn satisfying.
Great work.

completed and optimized the snow weather effect, super fast and independent of the camera distance.
Added support for blob_shadow to ge, which I applied to the main character.
Finally I implemented the physics engine for the waterVolumes and finally the surfaces of the water volumes are reactive to the player and possibly to other objects

You really did a very nice work!

I love the concept that you make your game engine, then develop game to practically show its potential.

And, of course, your engine shows enough promise - similar to that of UE or the like, especially the water simulation. That’s very cool.

particleSystem improvements: capsules drawn on planes according to their linear velocity 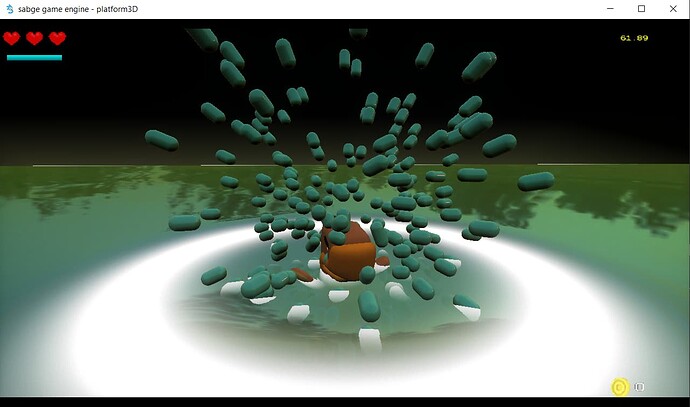 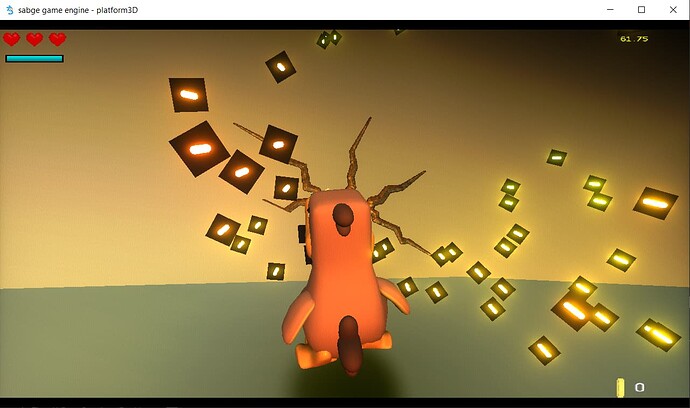 procedural snowFX on the terrain shader.
the snow settles in accordance with the wind direction

this test is running on the integrated Intel(R) UHD Graphics 630
the frame rate remain stable at 60 despite video recording.
and oscillate between 80 and 95 without the fps limiter.
Using instead the dedicated video card gtx 1050Ti (mobile/notebook) I get about 200 fps

Great, running good.
Is there some culling and are enemies spawned and unspawned with player distance ?
Are characters animations and particles running on GPU ?
Last feature dynamic wind using vertex colors on vegetation to control wind power, is that planned ?
Seems the engine is becoming complete. 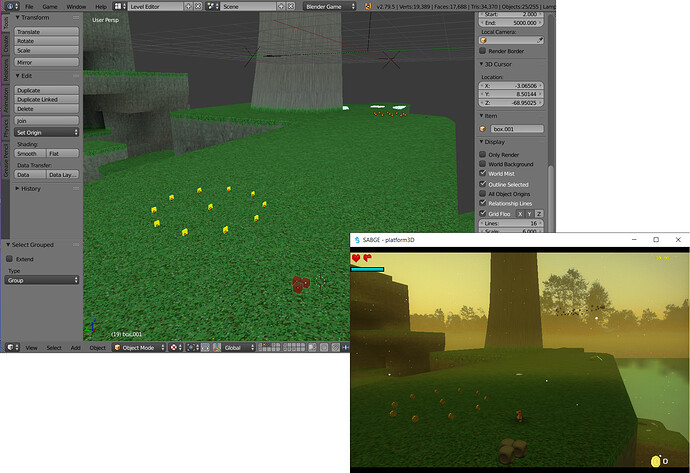 level editing1830×1255 365 KB
Yes!! one of the plugins developed specifically for blender allow to use blender as a level editor and export data structures for the spawn system integrated in sabge. The spawn system adds or removes objects (collectables, enemies etc) depending on the distance from a targetPoint (usually player position or camera position if preferred for some kind of prefabs)
Once a prefab has been added to the scene, the presence or absence of the visibility_checking_node will be in its own behavior

Yes, animations and particles are running on GPU

About vegetation, direction and intensity of the wind are parameters of the scene.world and the vertices are animated as a function of both these values ​​and other parameters stored in the vertices.
These parameters can be stored as you said as vertexCol.
Here, in the case of grass I did not need to use vertexCol, pos.z was enough to calculate the displacement of the vertices along the blade of grass (a little cheaper in this specific case, considering that i could need a lot of grass)
This means that the grass uses a more specific shader and not the one i will use for generic vegetation

yes I’m actually working on the game design, the feature you listed are working, even several post processing filters are ready to use; however sometimes I think about some visual effects to add to the game and so I implement them directly in this rendering pipeline. I don’t have many post processing filters active here because i’m working only with the integrated graphics card because I want the game to run at 60 fps stable on low level devices, so some other post processing FXs will be as an optional for non-low-end hardware.

Finally one of the things I find most fun to create, special effects, let’s start with fire!!

another test: this seems better!

Dialogue system directly supported by the plugin for blender which is used to export the scenes as a data structure for the spawnSystem, exploiting the game properties. 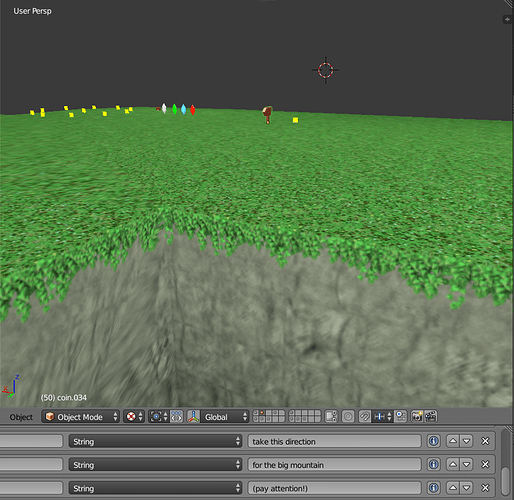 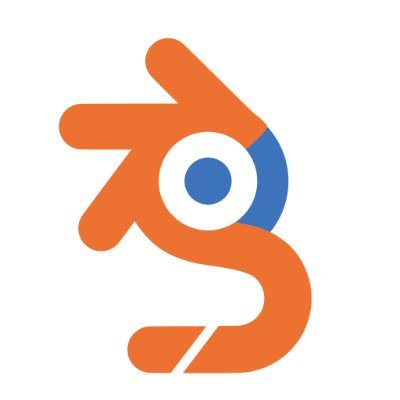 and this is the 2 pages test: 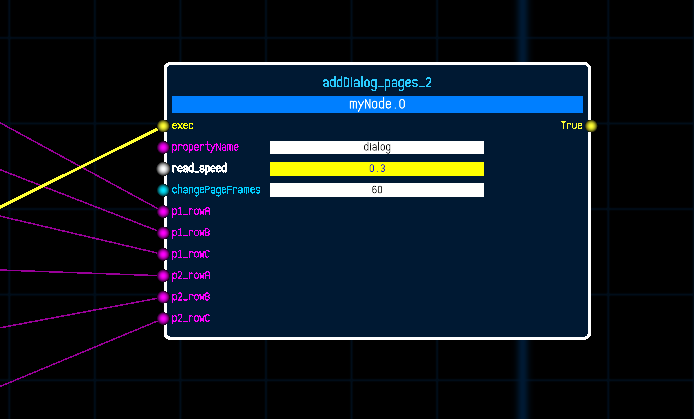 Great fire effect shader.
And dialog editor seems very intuitive easy to use.
Will it support some basic dialog choice at least two branches ? For example player choose option 1 or option 2 when talking with Npc.
It is easy in code to retrieve Dialog data and choices or choices events player made ?

I thought of this specific component for small one-sided speeches, signs or people who just say something short passing by, in short, situations in which I would find it boring for the player to be blocked in his actions. A dialogue in which there is the possibility to make choices, it would foresee that the player is blocked in order to move the control over the dialogue so I see it as something different. I will probably also need something like this for a bit more “engaging” dialogues so I don’t rule out forking this tool in a second that goes in that direction