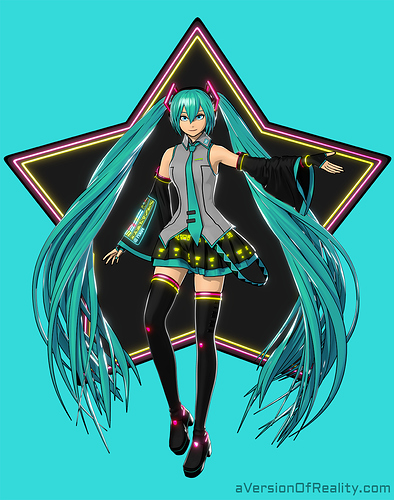 My latest attempt at a high quality toon workflow, made for the ForFansByFans.com MikuExpo2019 FanArt merchandise contest. If it gets enough ratings, it’ll be available on shirts and stuff. You can go rate it here if you want.

Here’s an overview of the setup/workflow:

Here’s a quick pic of the knee correctives.
(https://www.youtube.com/watch?v=VjCUwd93VYE) 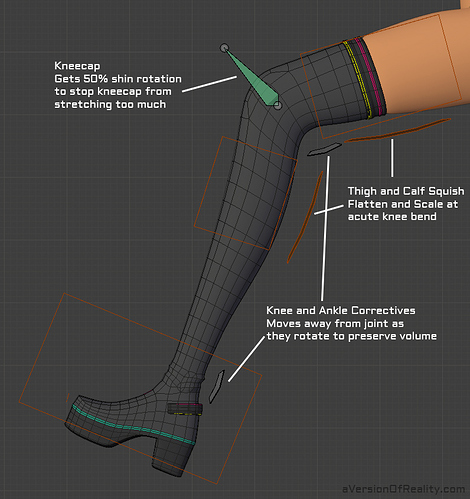 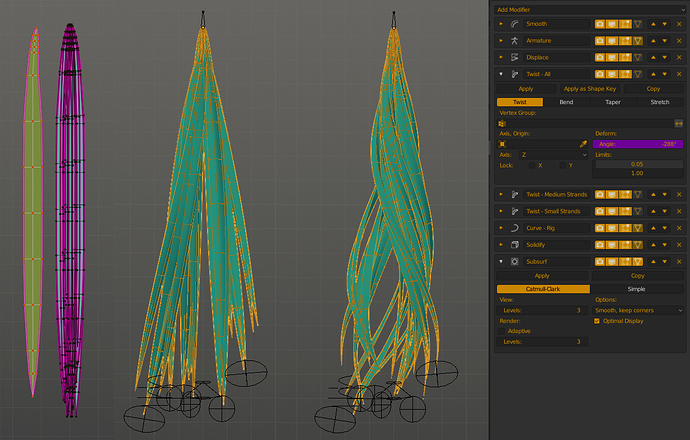 I guess that’s a good info dump. If anyone has questions about any of this, just ask!

Here’s a couple earlier test poses I went through (not complete of course, but fun for the cloth sim). Not the final shader/effects on these. 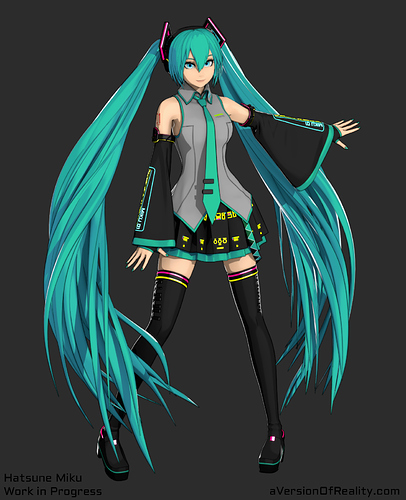 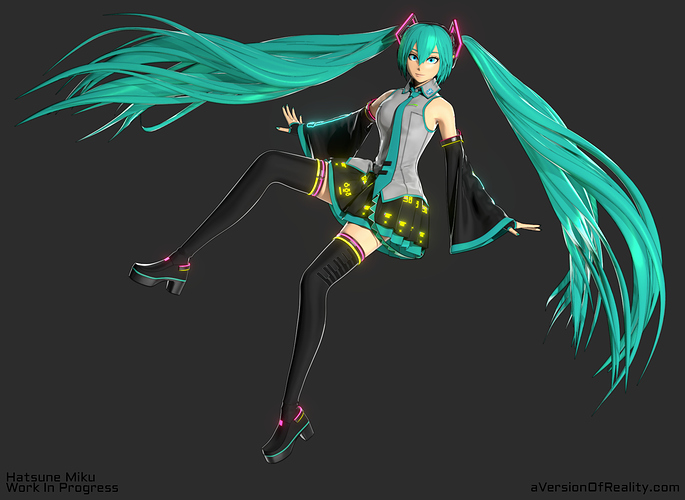 How do you fix cloth-body penetrations? can`t believe cloth sim solved them so cleanly!

Make sure that none of the cloth starts out intersecting with the body, or within the collision distance. I have the body set to .001 (the minimum) distance and same with the cloth. Some objects like the wrist bands have slightly higher of .002 since they are lower poly with a bunch of subsurf. Also make sure you’ve got Scale applied. I have my seen with 1 blender unit = 1 meter. If you are using a larger scale, you may need a larger collision distance. If you are using a smaller scale, you’ll need to scale up to at least that.

For quality, I used 20 steps which is about the minimum. Collision quality at 2 steps. And of course you need dense enough topology. I’ll post a picture of the mesh later.,

Thanks, topology details would be interesting to look into

====
Regarding corrective bones - nice found, would be great to see this as additional bone layer inside MBLabs 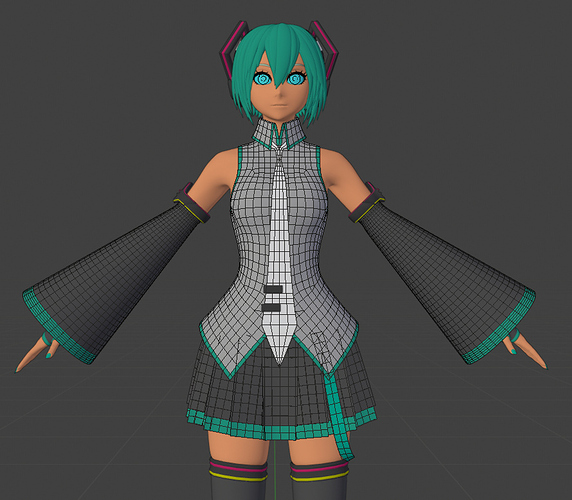 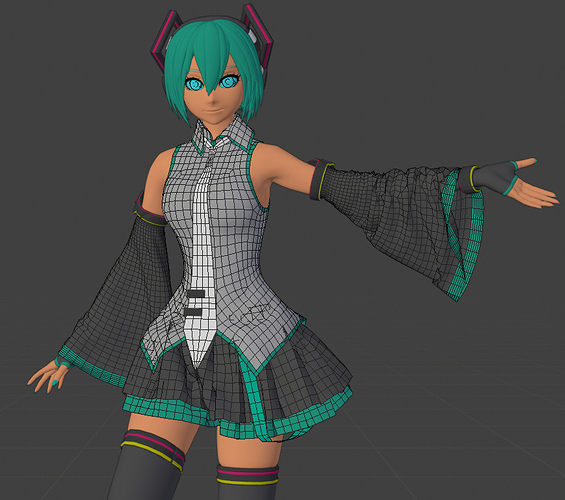 There is some clipping visible here on sharp edges, but that gets smoothed over with Subsurf on.

The topology came from Marvelous Designer, so it started out with strange loop flow, but has consistent vertex density. I retopologized some of it, but didn’t bother with all of it because it’s not necessary.

Pictured are the sim meshes for the shirt and tie. They have more detailed meshes bound to them with the Surface Deform modifier. The sleeves, skirt, and belt didn’t need this because they have no surface geometry detail. They also have solidify and subsurf modifiers after the cloth sim, but those are disabled to show the mesh. 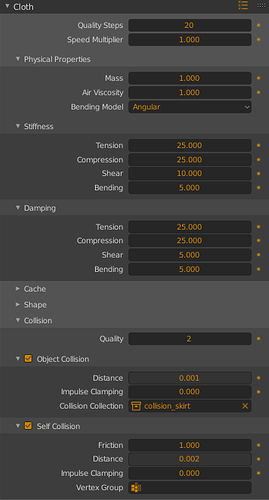 The cloth all has roughly the same settings. It varies a bit in the amount of Stiffness and Damping, but that’s about it.

What’s important is the collision setup. I wanted to avoid any unnecessary problems, so I used some collision groups, and a hidden collision mesh for the collar. Here’s the setup:

There’s also 2 wind forcefields. One effects the Tie and sleeves, the other the shirt and skirt. They are at slightly different angles. This was because the angle that gave me the amount of billow I wanted on the skirt would plaster the tie against the shirt, and blow the sleeves back too much. It’s not realistic but it worked for this shot.

Under the collar is a hidden duplicate of the part of the tie that goes around the neck. On the tie sim mesh, this area is pinned. The collider is there just to stop the collar from collapsing. High stiffness alone is not enough. The pinned section of the tie and collider is on an armature. None of the actual shirt is. It was necessary to do it this way to avoid the main part of the tie being a collider and influencing the shirt.

Here’s a GIF of it simming into the pose. It was necessary to have the raised arm bend and then straighten out to pull the sleeve back from the bracelet. (This isn’t the exact bake I used in the final image. I had that saved to as a shapekey. Not sure why I’m not getting exactly the same result from the tie. It has something to do with the Wind.)