New from Tangent Animation: Next Gen. Is this Bender?

Hey folks, I came across this on the Modo forum: 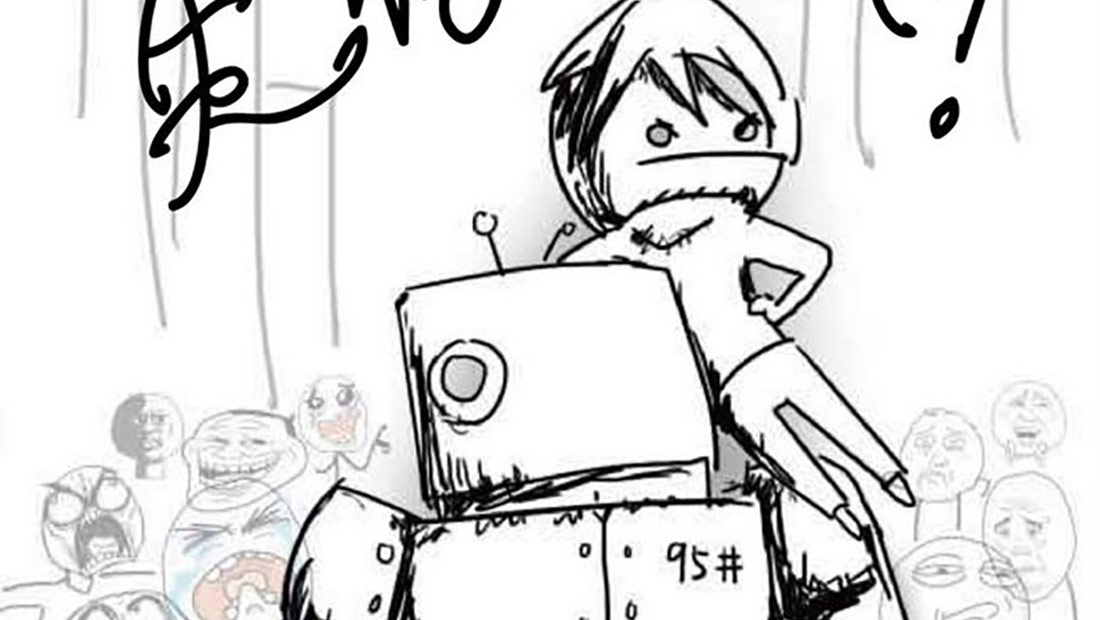 Why Did Netflix Pay $30 Million At Cannes For The Chinese Animated Film 'Next...

Netflix really wanted this Chinese animated feature. We try to figure out why.

So, does anyone know anything more about this? Was this done in Blender?! I know they used to use Maya so it’s possible this was done a while ago and just now reaching theaters. But if this is Blender then, this is huge.

UPDATE: So, it’s confirmed through investigation that this is indeed Tangent and they did use Blender and Cycles. They mentioned “next Gen” (their next movie after Ozzy) in a 2016 blender conference video. They said that the budget was about twice that of Ozzy. They show two concept images of the girl and the robot. The video is linked below in the comments.

As I said below, this is a pretty big deal for Blender.

Link doesn’t work for me.
I have clicked on several links I’ve found on the net to this trailer, but every single one just throws me on the main-page.

Here’s another link that’s working for me: 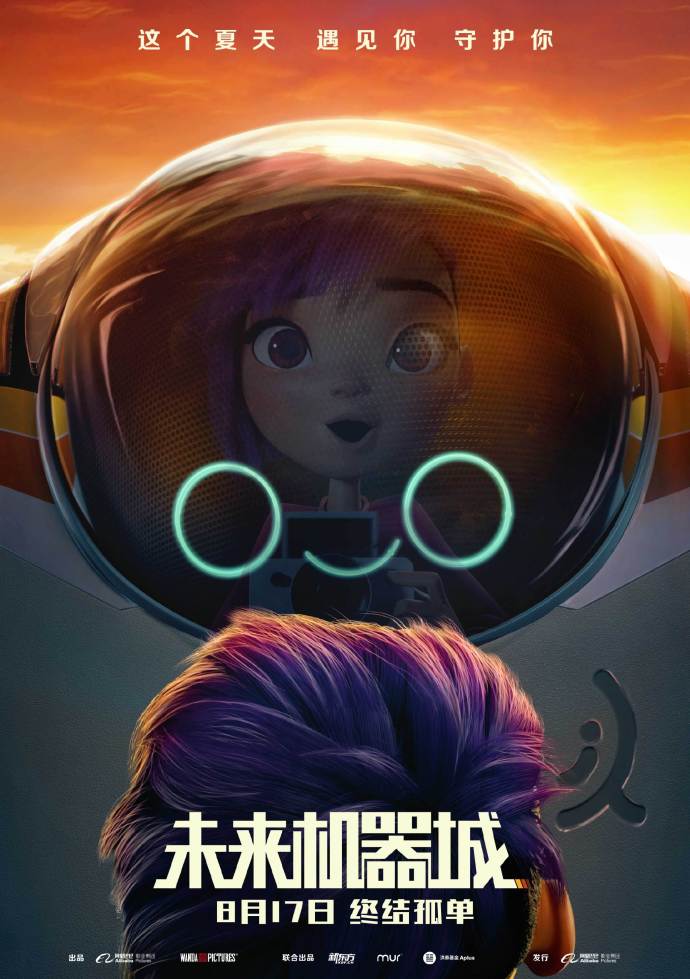 I did confirm though, this is indeed Tangent and Blender. If you watch their presentation at the Blender conference last year they mention it. I watched the tailer several times last night and I have to say, it looks beautiful. The animation and rendering is way above the quality of Ozzy this time around.

I was just saying this on the Modo forum, This has potentially huge ramifications for Blender and how it’s perceived in the industry. It also has Netflix behind it so people will definitely see it.

Probably, they didn’t mean to market it for the world-wide audience yet. The available trailer is only targeted to Chinese cinegoers, and it seems the rights have been bought by Jack Ma’s Alibaba Group for this particular territory.

Lets wait and watch, how Netflix is going to present it to the wider audience now. As I see it, they have quite believed in the production value of this, and shown trust by investing good sum of money.

Hey, I was just about to insert that poster as well… about just when you made this latest comment.

It would be great if you could edit and move this poster to your opening-post, in its full glory!

It does look great and much better than Ozzy. Not only on a technical level… i love the nicely balanced colors.

Great to see and looks amazing from the images. I could never get the link to work either. Glad it’s not just me. I was wondering if something else was wrong.

I doubt this is such a big surprise to any who have followed the Blender conference videos. Although fantastic to see it as a rendered trailer now. It’s not the only commercial animated feature currently being made with a Blender pipeline either.

Just kidding.
But this is a much appreciated proof that Blender is ready for the industry. Yes, looking at you guys yelling all the time “Blender needs…” and “Foundation has to…”
Looking forward to get this into my playlist.

Blender needs better simulation tools or a full implementation of OpenVDB so that people can import from Houdini.
Doing a movie for children might be fine, but what about an action movie with lots of large scale explosions and destruction.
The fire at the end of Agent 237 looked bad, and while i have seen what Alvin Merle did with Blender, it is still not good enough.

Yes I am with you on the simulations. On the other hand there is work going on for “everything nodes”. Sounds a lot “Blendinish”, doesn’t it?

Anyways my point was, that Blender is actually used in ( professional/commercial/industry/profitable/call it as you like) production. A thing a lot of people don’t agree with.

My stand is that Blender doesn’t need to be the “one tool for everything”. I’d also wish for better(easier) ways for professionals to integrate Blender in theyr pipeline.
Instead of being “the tool” it would be nice if Blender was that tying knot.
Now we opend that wormbox owned by Pandora that’s called GPL. But we won’t go into that at this place, agreed?

I don’t know, the everything nodes is a way of controlling the simulation, but that doesn’t change the quality of the algorithms doing the simulations.
While we will get a new particle system (hopefully a very powerful one) i am doubtful that they will also improve Fluid (smoke and fire) simulations.
What i am missing is the kind of fine control over the simulation which is present in Houdini.
Something like shredding and more complex turbulence’s and other methods to influence the velocity fields.
Without that it isn’t possible to do a proper pyro look development.

Like i said earlier, i can live without that in Blender, but then Blender has to support OpenVDB fully, not the half-assed implementation that is there now.
The other integration into commercial industry pipelines could be done via Pixar’s Universal Scene Description.

These are both open standards ffs, the fact that Blender Foundation is so lame when it comes to the integration of them is frustrating. These should be of very high priority, because that is what will make studios bosses turn their head and become enthusiastic.

These 2 formats are the missing link to success in the industry. With them studios can cut out the Autodesk-middleman.
Blender is used in the industry, but only in a very limited fashion, compared to Maya its still a handful of sand compared to an desert.

Well Barnstorm VFX are using Blender as the primary core app in their VFX pipeline in tandem with Houdini for simulations. Blender and Houdini are said to be becoming a formidable combination. Many other studios use Maya with Houdini.

But I never realized there was supposedly such a huge difference between the tools for VFX features and children’s animated features ? They are all using the same tools right ?
As regards the rest. Blender right now is in the middle of a deep and major revamp with 2.8 The work coming out the Institute so far with the code quest has been absolutely stunning and is creating a big buzz right across the whole 3D community. So I would say. Give it time. A lot is clearly getting done right now under the hood.
This is a positive thread surely ? And this is also really positive news regarding Tangent Animation’s latest feature. Of course there is always room for improvement and there are things that ideally still need to come. But Blender is clearly becoming a core hub app for some large studio productions now. And that is pretty amazing progress.

Barnstorm VFX rendered all the sims in Houdini and comped them in the final image via Nuke, which is doable but not the best solution.
And there wheren’t so much action shots in the actual series, the series is a slow burning political thriller. Most of the VFX are “invisible” set extensions, meaning architecture and environments.

The difference between more adult and child focused entertainment is me assuming that the first can have more explosions, destruction, violence in an more photo-realistic style which means higher demand for complex simulations.
While in stylized animation movies you can get away with a lot less.

Already gave it 2 years. I am getting impatient.

PS: I finally saw the trailer…looks really great, reminded me somehow of Wall-E.
And there are also some nice stylized explosions in there.

The difference between more adult and child focused entertainment is me assuming that the first can have more explosions, destruction, violence in an more photo-realistic style which means higher demand for complex simulations.
While in stylized animation movies you can get away with a lot less.

But the tech is going to mostly be the same. It’s just the style that’s different.
Surely it’s an artistic choice mainly.

Wish I could see the trailer too but it keeps crashing for me.

Anyway all the best.

Oh Romanji. I can always count on you to rain on everyones parade. Here we are, all excited for something that looks great and all you can do is use this as a platform for your own personal gripes. Please step down from your soap box and for a second and let everyone enjoy the good news for once. If you are so absolutely convinced that you can’t get good simulations in Blender, please open your own thread to talk about it and quite hijacking this one.

During the last 2 weeks I somehow figured out howto use mocca in the most important aspects. I was able to rig the woody model from frenchcinema and the mime character given with the manual. I now wanted to proceed to human characters and boom, there...

Rendered 100% using Blender Cycles, according to a source at the studio (it seems this film was also produced using Blender).

Indy_logic, thanks for this thread. I’ve been waiting for a glimpse of this film, for a long time, and it looks great. Great job, Tangent Animation.

Does anyone know, what Tangent Animation uses for compositing?