Hi!
Today i can proudly present to you my new fully interactive inset extrude addon!

how to use:
move mouse cursor horizontally to control inset
click and drag vertically with LMB to control extrusion
release LMB when finished

any and all kinds of feedback is welcome

thanks JoS,
I’ll test this over the next few days & get some feedback to you.

Thaks JoS, looking at the video this add-on could be a godsend!
I’d love to help testing but don’t know how to download and install the add-on.
Also, if you accept suggestions, I’d insert a way to input values with keyboard for precision modeling.
Keep it up mate!

i creating installer for blender add-ons collections, can i have permission to add you add-on in my installer.

Thank you very much Jos! This looks awesome, testing now

I’d love to help testing but don’t know how to download and install the add-on.

I got it working by

if you want to assign a hotkey then

(he explains how to assign hotkey in the video)

I did just that but “Inset Extrude” doesn’t show up on the list of available add-ons.

use the copy to clipboard feature, and paste into a fresh file

Beautiful job on the interactivity of this, JoS!

great! i was waiting for a long time this tool!
i’ll try it tonight.
thank you!

Thanks Zeffii, that “copy to clipboard” feature solved the problem, I was copying from Firefox and probably that would make the code dirty.

JoS, your plugin IS a godsend!
Just tried with my typical difficult situation: inset some faces on a sphere: perfect result!

but don’t see the inset button in the tool shelf

now is ther only one script files or several files like there was in the older version ?

One observation I have is that this tool doesn’t seem to like selections on flat planes.

but if you curve the same plane just a little and try again, then it works.
It probably has something to do with the normals I guess… 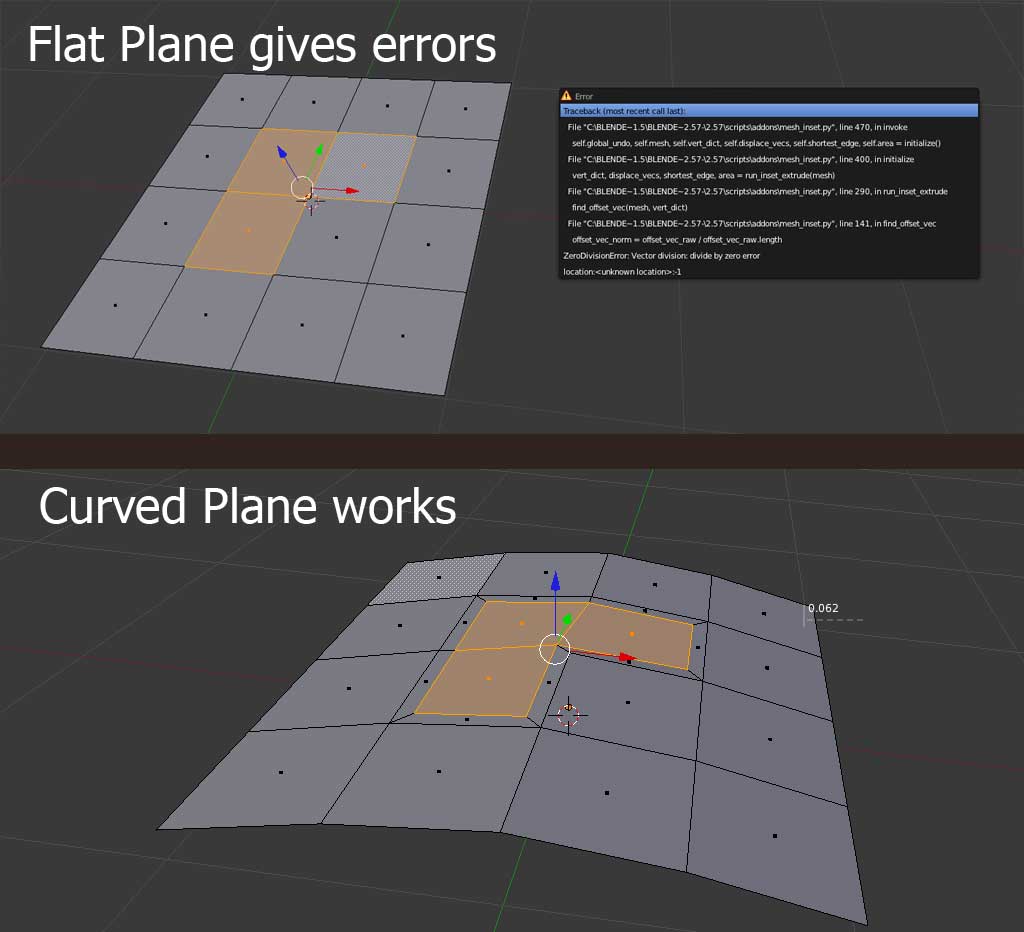 Awesome, this is simply awesome.

RickyBlender, I activated it by searching with space-bar.
I noticed problem adjusting parameters with Tool shelf, so it’s something which need to be fixed soon.

i look at the video bu cannot make it work !

is there a key to assign here
and if you don’t have a key assign to this script how do you start it?

i got following error. 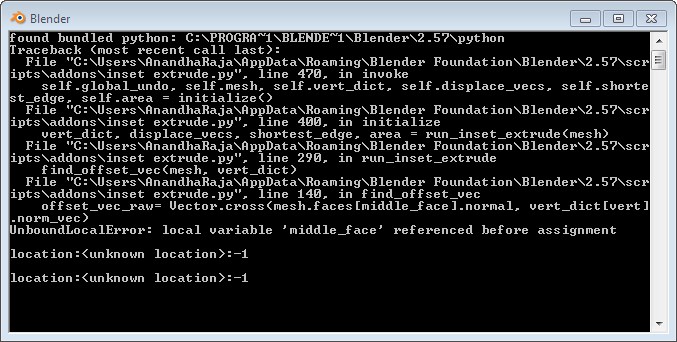 Incorrect inset with a subdivided cube. Any doubles removed and normals recalculated before the inset.
video demo: http://screencast.com/t/yI8Rf6Z98Q 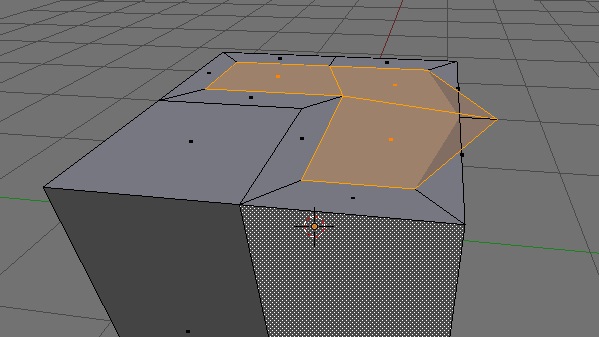 Thanks for the feedback guys, keep it coming.

@ new_blender:
i’d rather fix the most obvious bugs before releasing it officially,
but yes, you are more than welcome to add it to your installer
also thanks for the bugreport

@Carrozza
i’m aware of the tool panel bug, and i have thought about adding a key for quantized inset. first some bugfixing though

@ktysdal:
thanks for the bugreport, it’s just a division by zero, gonna add an exception

@RickyBlender:
have you tried assigning the tool to a shortcut as i show at the end of the video?

@richard marklew
hmm, strange bug will look into it

EDIT:
update fixing bugs reported by RickyBlender and Richard Marklew
also @new_blender, could you post a screenshot of your mesh, when the bug happens? (try with new version of the addon)