You are limited by the modifers Blender supplies and by how they work, you can only do relatively simple surfaces, localized edits(other than vert bevels) are impossible, and modifier stacks across multiple objects will quickly grow in complexity, which can affect performance and can become hard to navigate. It’s a very indirect approach, most useful for relatively simple designs, IMO.

you can only do relatively simple surfaces, localized edits(other than vert bevels) are impossible, and modifier stacks across multiple objects will quickly grow in complexity, which can affect performance and can become hard to navigate. It’s a very indirect approach, most useful for relatively simple designs, IMO.

I do not agree-- Reference that Vitaly Bulgarov example I posted. Not a “simple design.”

It would be interesting to see how easy that is to create in MESHmachine.

There are currently 5 ways to create bevels in NITROX3D, not just vert bevels.

If you read the manifesto, it details the users are Industrial Designers, not those interested in Blender Hyperdetailed Boolean SCI FI models that yours and many of the current addons (including my own KIT OPS) feature.

When creating industrial designs, it’s important to be cognitive of materials and manufacturing techniques, including extrusions, injection molding, sheet pressing and forming, die casting, structural foam, and others.

I believe the NITROX3D workflow handles these types of product designs well. Of course there are edge cases that can’t be modeled, just as there are in your tools. For those, SubD or other techniques must be used.

I encourage those interested to visit the MESHmachine thread and continue the conversation there.

I do not agree-- Reference that Vitaly Bulgarov example I posted. Not a “simple design.”

I think it is simple yes, at least in context of Entertainment Design. For Bulgarov, that’s a quick warm up sketch.
In terms of real world Industrial Design, it’s not that simple, I agree.

Keep it up, looking forward to see where you take this!

I hope my enthusiasm for NITROX3D doesn’t come off as the “best approach to do things.” It is not.

One only needs look at some of the fantastic SudD car modeling tutorials, or some of your demos or masterxeon’s topology helmet designs to see there are very creative ways to skin that cat.

I shared the other night with @proxe some of the futuristic vehicle designs I did years ago with e-on’s metablob technology, which is much more sophisticated than Blender.

That’s another route is like to explore if I can get someone to add booleans and add another level of influence to the metablob object.

It is the purpose of the manifesto to outline my intentions for NITROX3D as well as who the workflow is targeted at.

Keep it up, looking forward to see where you take this!

Working on it tonight!

A couple samples of “metablob” objects rendered 15 years ago: 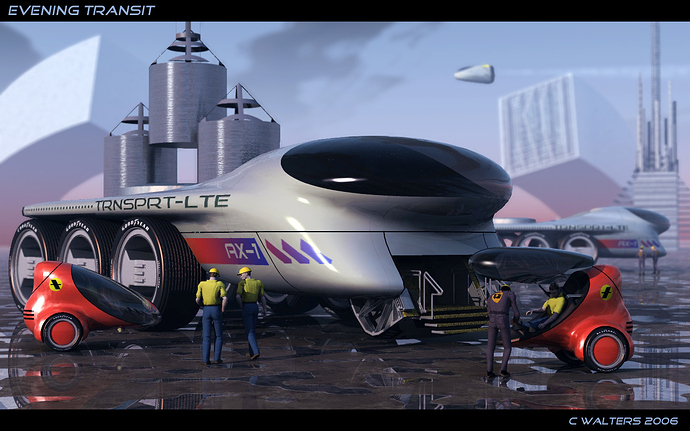 MetaPeeps collection which could be spread around in a scene with each one beiing different. 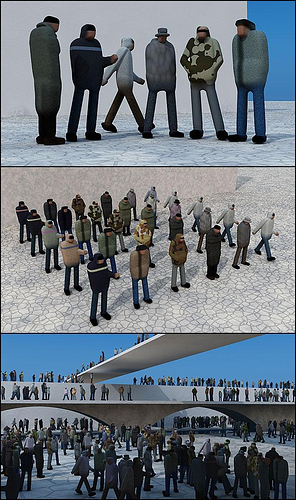 It would be great if Blender could create such “meta” objects.

You are limited by the modifers Blender supplies and by how they work,

Thank for your sharing.
I agree that. There’s no Weld Modifier, Merge by distance Modifier, etc .

Hey Would like to share a custom build that includes all the latest 2.79.6 features (AO, Bevel etc), Weighted Normals modifiers by Rohan Rathi and several hackish modifiers by myself that have gone through quite a lot of production (gamedev). These include: UV Warp modifier Without From To targets set, it defaults to UV OFFSET mode (similar to Array, Mirror). Mainly useful for Gamedev where you have multiple instances sharing same UV space which would cause an error when baked (instead uv c…

Well. but Everything nodes is coming in 2.81. Blender becomes node based in modifiers.
Another dev suggested any future work on current modifier system is pointless because of that.

Non-destructive can not complete instead of traditional workflow, it can not do everything. Some cases have to use SubD or other techniques with other add-ons or tools.They are complement each other. But I’m not clear the boundary of Non-destructive.

As for “simple design” or " complex design", I guess non-destructive is not suitable for creating a big scenes unless apply some or all modifiers. Maybe I’m wrong. I’m a beginner

I’m working on a hospital room scene now, all based in NITROX3D. I think it can handle some nicely sized scenes.

NITROX3D looks very interesting. I’ve been looking for a way out of Solidworks ever since they introduced retroactive subscription pricing. But it’s hard for industrial design. it’s like graphic designers try to find alternative software for Adobe Illustrator. Other options are out there and are capable of creating same quality of works in the capable hands. But it comes down to the industry standards.

A large graphic design company would not use anything other than AI, not only because it’s the industry standard software. It’s also because they want to have ability to change design by other designers when needed. Plus other production pipeline factors in as well. For small clients, what software to use matters a little.

Same goes with industrial design (which has a few competing software as industry standard ), large corporations will always use industry standard software for the same reasons. Especially when it comes to tool makings, have industrial designers use the same parametric modeling software as tool makers means tool makers won’t need to rebuild the model from scratch.

IMO biggest drawback of polygonal modeling is one can’t drastically change a final model without investing a tone of time and sometimes it’s just not possible to do so. Parametric modeling can drastically change design at any stage of modeling on the fly. That is an invaluable tool for design exploration.

Lastly, I hope I don’t sound like I’m talking down NITROX3D. It’s the opposite, I’m very excited to see what it will brings to polygonal modeling world. It’s about time someone brings nondestructive modeling to Blender community.

My point is for students who are just starting out and deciding what software to learn. Regardless what industry you want to get into. Think about which sector of industry you want to be in, and learn that sector’s standard software. For example, Maya will get you into AAA game studios a lot easier than Blender would. Even though Blender is obviously the better software of the two

. Blender 2.8 is keeping Autodesk executives up at night.

Yes, for final design work and documentation, Solidworks is the standard. But concept work, leading up to final documented design work, can be done a myriad of ways. I’ve used many polygon modelers. Take this example of a concept design done for FAST Company: 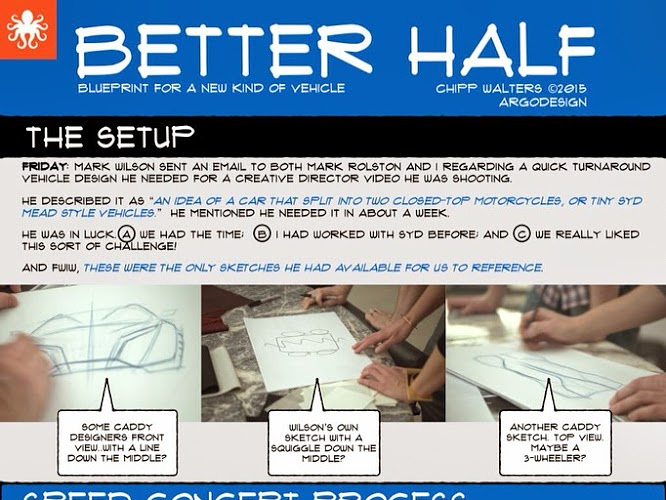 It uses a SketchUp kitbashing technique followed on by MoI3D to get to a concept in time for publication: 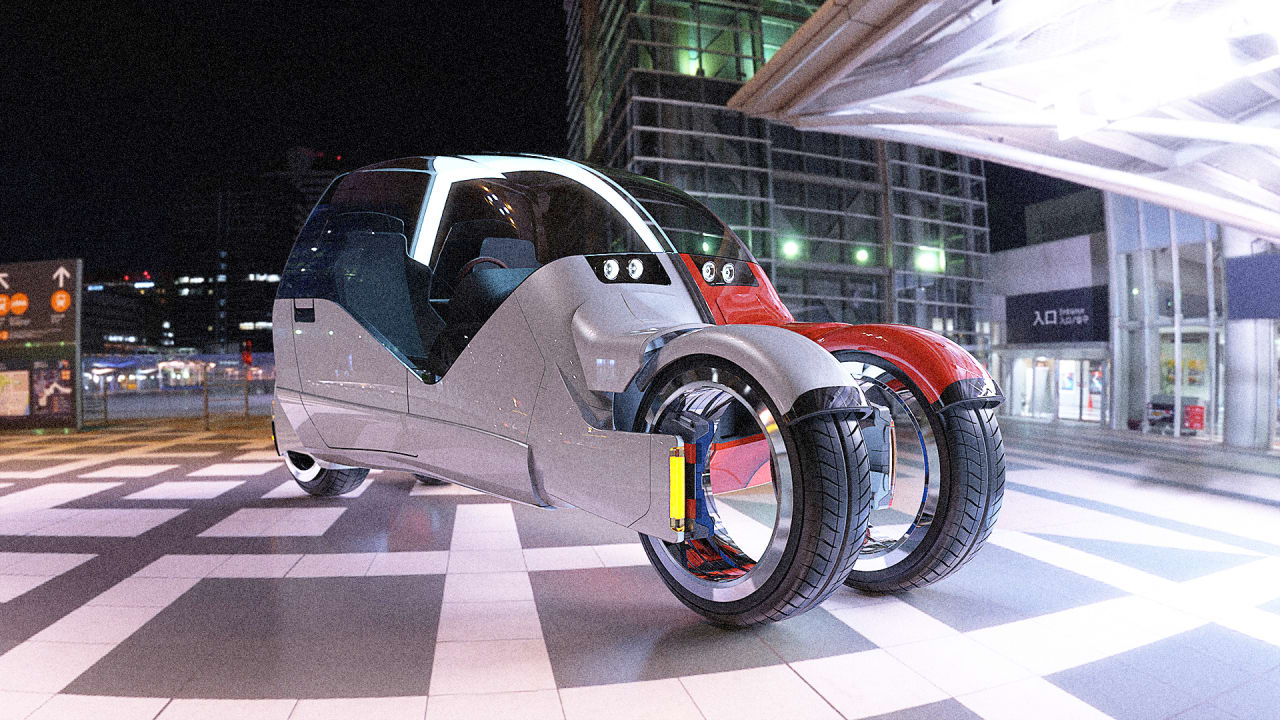 My ultimate fantasy vehicle was rendered by a guy who’s designed concepts for NASA.

This could be made simpler using NITROX3D. I doubt Solidworks could’ve built it in half the time. Also, to set up EVERYTHING as parametric in Solidworks takes forethought-- it doesn’t just happen automatically. I’ve known designers who when I’ve asked to change a proportion in a Soldiworks model have said they didn’t set it up to be able to do that.

I recently created an industry awarded Unity AR experience. I hired the best people regardless of Maya or Blender (had both on the team). My preference is to hire talent first, tools next.

Episode 2: enclosure box, is now available for streaming on YouTube. It has some nice surprises!

You are trying to add a brand to a 3D workflow?

I’m full with MACHINE3, Non-Destro is not fit for everything, I’m working on it to improve Speedflow since years because it’s fun, has a lot of possibilities but you cannot use it all the time.

I mix it with destructive, retopo, box modeling, etc.
Blender doesn’t have the tools to make it possible.
For example, the bevel doesn’t merge points with a threshold, there is no merge modifier.
There is nothing Non-Destro to add bevels on booleans like ‘bevel after boolean’ or ‘meshmachine’ or ‘hardmesh’ on Maya or other tools on other softwares.

With Juri we are trying to make all that append by helping blender devs on those cases as much as we can, but it’s not comming any time soon.
So, I’ll make my own blender version to add custom modifiers to help in Non-Destro workflow Speedflow support.
I’ll add those modifiers to Speedflow to use them as fast as possible on Non-Destro modeling.

I would love to have those tools, so maybe later.

For the all nodes, people have big expectations, but I don’t, I hope they will keep the modifiers stack because it’s way faster than adding nodes.
We will see.

Please, I’ve asked this before of you, do not use my thread to promote your product.

I’ve already addressed your concerns in the manifesto. Please read it again.

I thought this post was to talk about Non-Destro modeling and help beginners?
Ok, so this post is only to promote your branding and no one can name any addons except yours?

I’m talking about my experience, since I’ve been doing Non-Destro modeling a lot longer than you on blender.
I watched your last tutorial, making circles with bevel isn’t a good workflow.
You should use a screw modifier, it’s made for that.

Hi Chipp,
Thank you for this great modelling approach.
I followed you with ease but had two issue. You skiped the boolean part and now i have a gap in my model 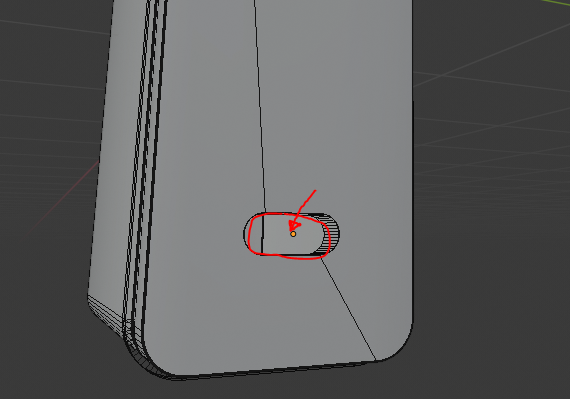 How do we close this gap?

2 issue is you mentioned that you stop the bevel at the cutout hwo do we do that?

i fixed it. forgot to uncheck clamp overlap

Ok, so this post is only to promote your branding

Yes, and your Speedflow thread is there to promote your branding. I’m sure you wouldn’t want all of the other addons including mine posting our branded messaging over there. All I ask is basic courtesy, pitiwazou.

I’ve mentioned your product several times favorably here and on videos. That is polite of me. I’ve asked you to respect my wishes and not promote your brand on my thread. Please accomodate my wishes. Thanks.

By the way, you can come on Speedflow thread and talk about kitops, we can make assets with Speedflow and add them to kitops, could be nice, since the workflow is the same.
Every addons/workflow must be compatible for everyones.

By the way, you can come on Speedflow thread and talk about kitops, we can make assets with Speedflow and add them to kitops, could be nice, since the workflow is the same.

Thanks for the invitation. Do you have a copy of KIT OPS PRO? If not, send me a PM and I’ll get you one.

No need, if I want an addon, I support the dev, I’ll buy one!

Concerning your tutorial, you need to add support edges for booleans. 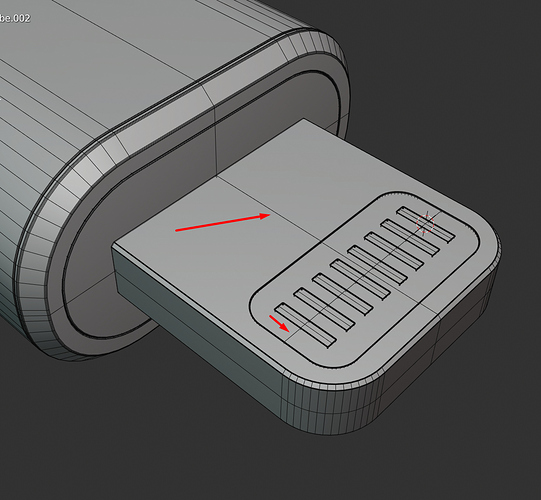 To avoid this bad result that will deform the bevels. 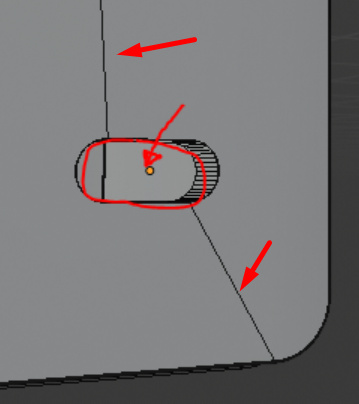