I’m using blender for about a year now, but never created a real game. I already created some other, small blender games, but now I wanna go big. In this post I will inform you about the project.

Gameplay
Project purify is a 2D side scroller game with 3D graphics. Player has to kill enemies without losing al his health. To make sure the game won’t be boring, we’re adding a combo meter. The combo counter will rise if the player kills an enemy within 10 sec after killing another enemy, otherwise the counter will go zero. If the player’s killing spree is high enough, he recieves weapon bonusses (extra long range for shotgun, ect.).

Story
Main character is Forty Max. His mother was a whore and his father was an unknown customer. His mother was killed when Forty was three years old, so he was raised in a weird cult. In this cult he was called “Forty Max” (refers to the Latin word “fortis”, which means “power” and the Latin word “maximus”, which means “extreme”). The cult seems to be an sort of maffia clan, but Forty doesn’t know this. At the age of 18, Forty is allowed to do some “jobs”. Forty is being used by the cult leader for killing other maffia clans, but Forty doens’t know this.

The game has five stages, with certain levels included. The stages are based on the “Socratic play”, which was a populair genre around 1650. I only know the correct names in dutch. I’ll try to write the English name behind it, but the English translations are propably wrong.

Anyway, the parts are:

Official Site
http://sites.google.com/site/projectpurifywiki/Home/
Just posted some artwork, but site will be updated soon.

Hope you like the project. I only post this to keep myself motivated and inform you about the project. And sorry for my bad English :o

It’s screenshot time!
For all the people who can’t see imageshack images, I will attach the files. 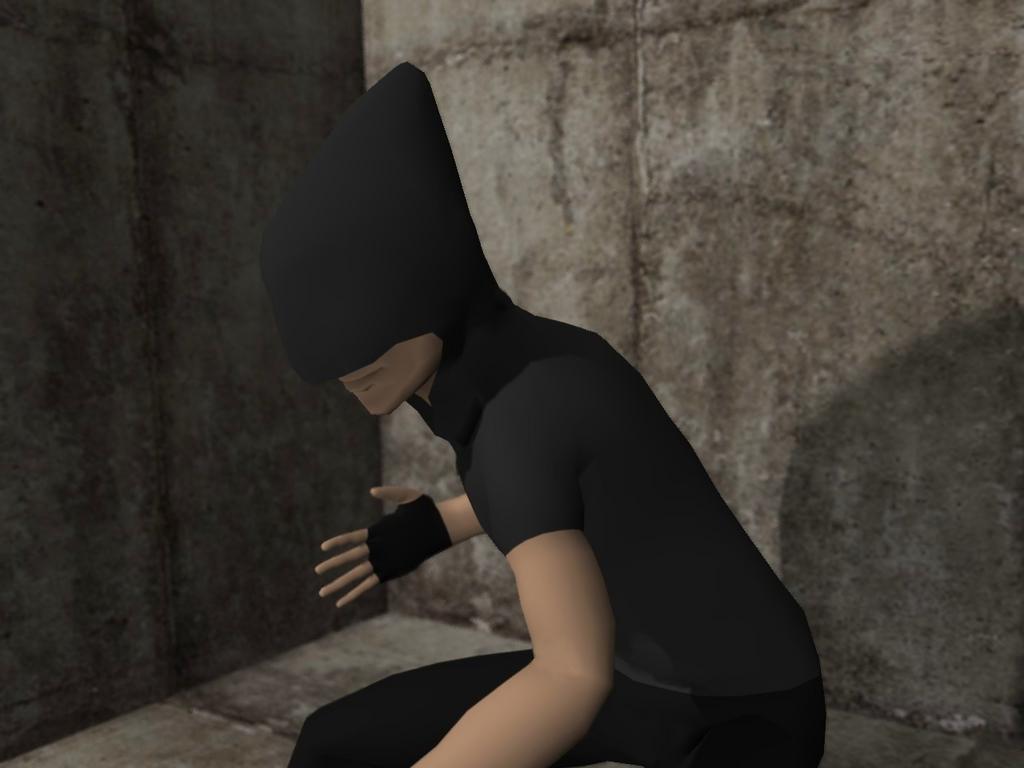 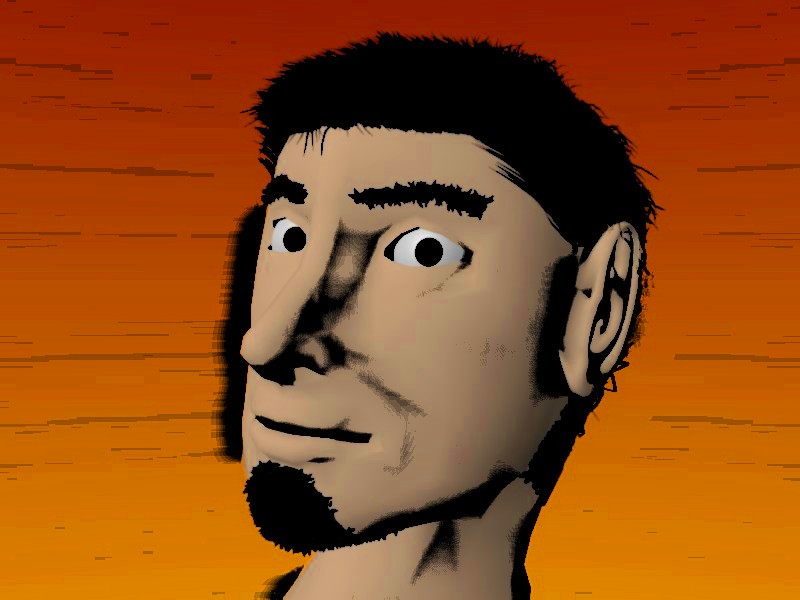 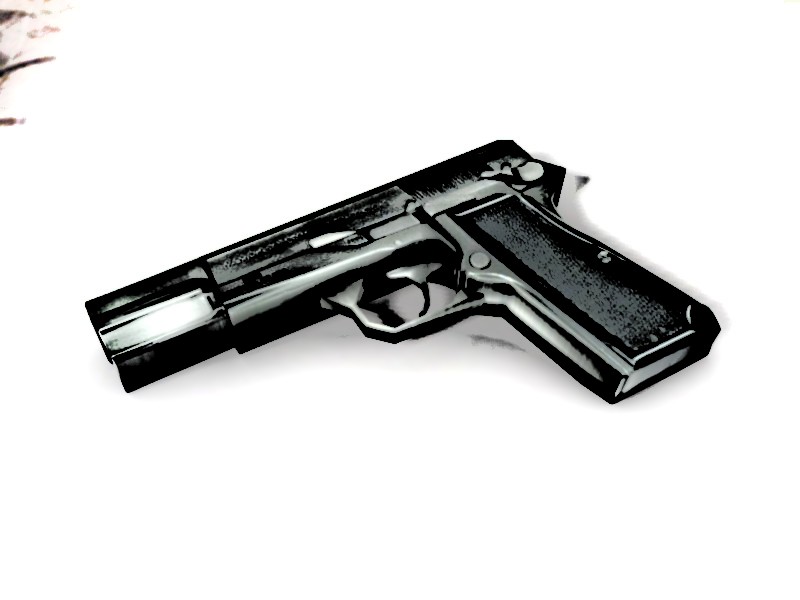 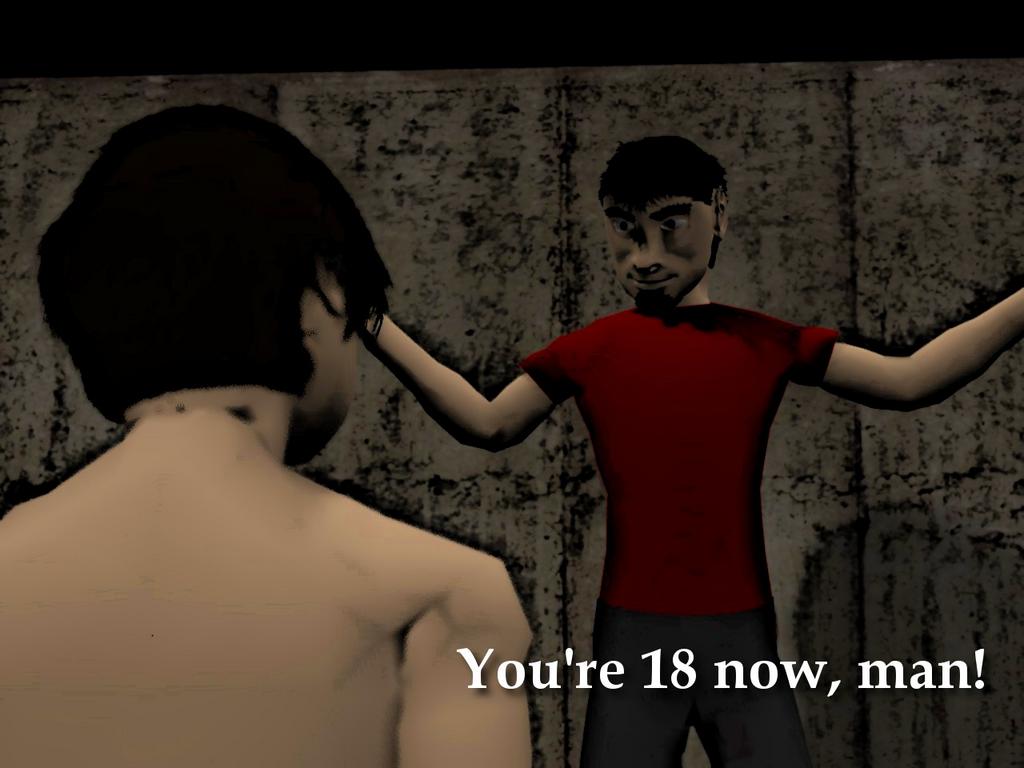 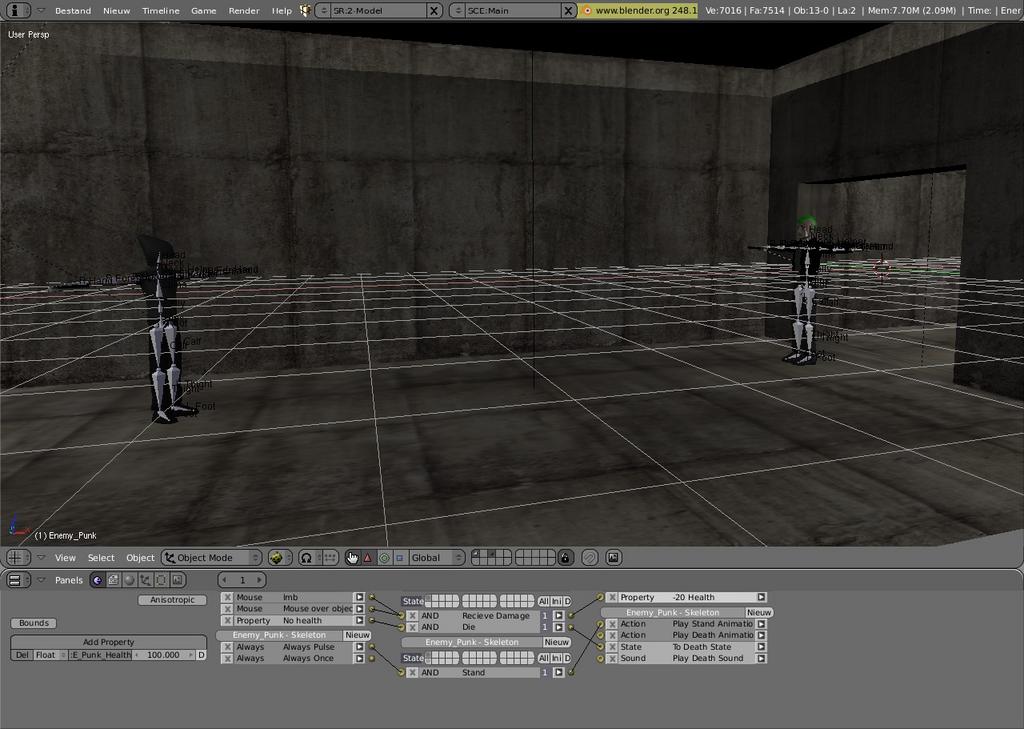 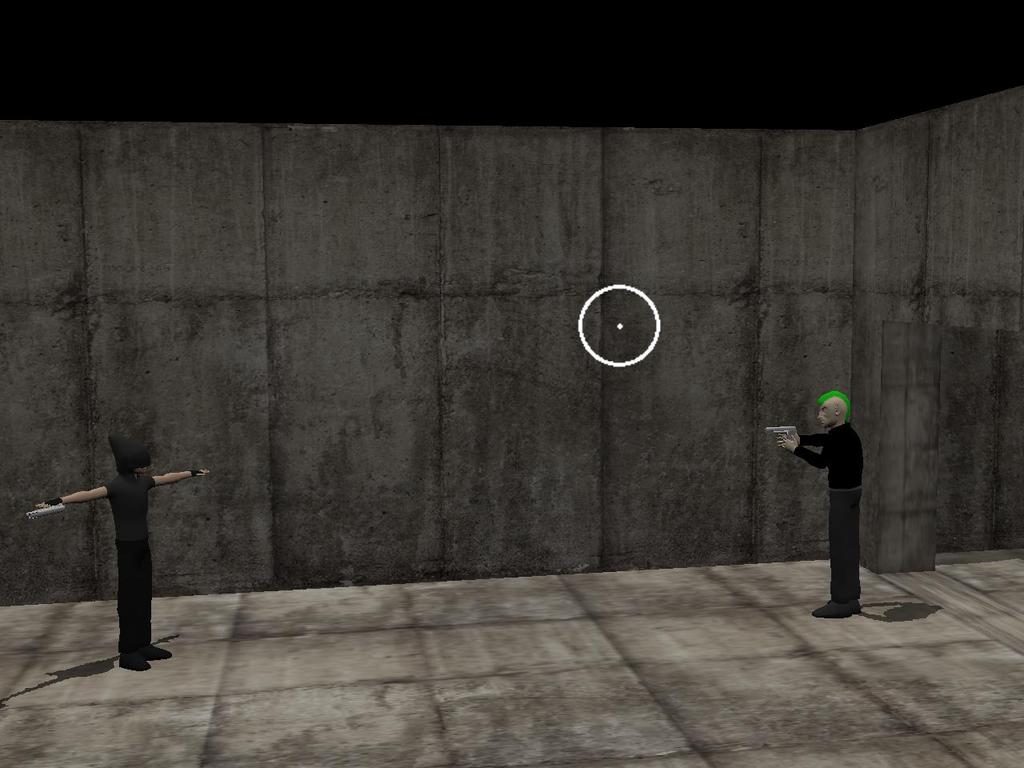 Great approach, maybe you can have a moment of Anagnorisis where by killing the cult leader Forty comes to the stark realization of who he is.

with that many verts you should be able to make him look way more detailed. You should lower it way down. Even 2k is too much.

I know but 3k on one character! Wow! I have like 500 per character!

A character could easily go to 5k or above, depending on the number of actors on screen and watnot-but I do agree, those characters could be much lower poly without looking much worse- It’s fine to use plenty of polys, but make sure you use each one as best as possible.

I think Captain Oblivion put it best. If you’re going to use them… make them count!

Mokazon: I’m working at it. Enemies do now have 1k verticles and look very detailed too. I also tried to add a texture, but Forty was too realistic at that moment. When I’ve created a decent texture I will reduce the poly count extremely. After all, reducing poly count is easier than rising polycount with good results.

Especially for all the guys who are interested in the gameplay, here’s a little test. The only thing you can do is shooting the punk to death, but there’re a lot of bugs right now. Don’t blame me for the death animation, cuz it’s one of my first animations

Finished reducing poly-count on Forty. Watch the comparisation pics. In-game you will have +8 fps. If I reduce the poly count of the enemies, you will get have +10 fps extra! 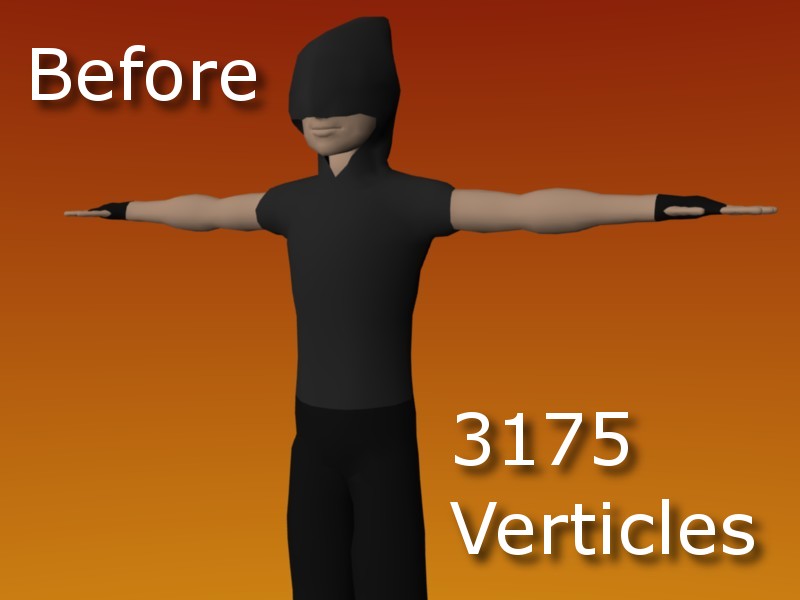 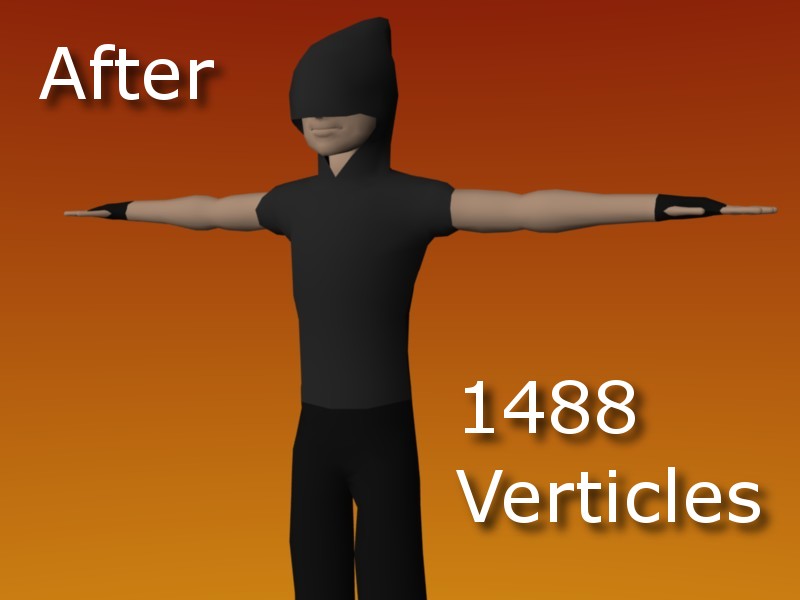 Wow you can hardly tell a difference!(he looks a little skinnier)Good job!

Much improved vertex count with little to no visual change- nice job : )

I recommend thinking in terms of polygons, rather than vertices, because that’s what effects performance.

Specifically, I believe the GE counts the amount of tris…

You might want to make his body a little wider, he seems a little skiny. Your game looks great by the way!

As you can see, I reduced the number of verticles in the punk enemy model significantly. To “celebrate” this, I started texturing the model and created some artwork.
I only have one BIG problem: when I apply GLSL materials and use textures, my characters disappear! When I change the texture settings, so the textures won’t affect the color value, my characters will be visible again. I know it has to do something with the texture, but what is it? I’m using .tga files. 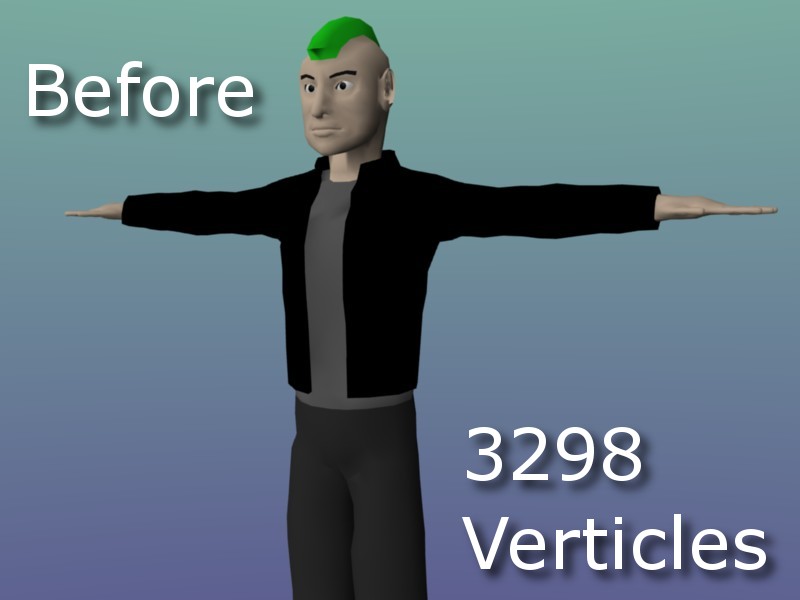 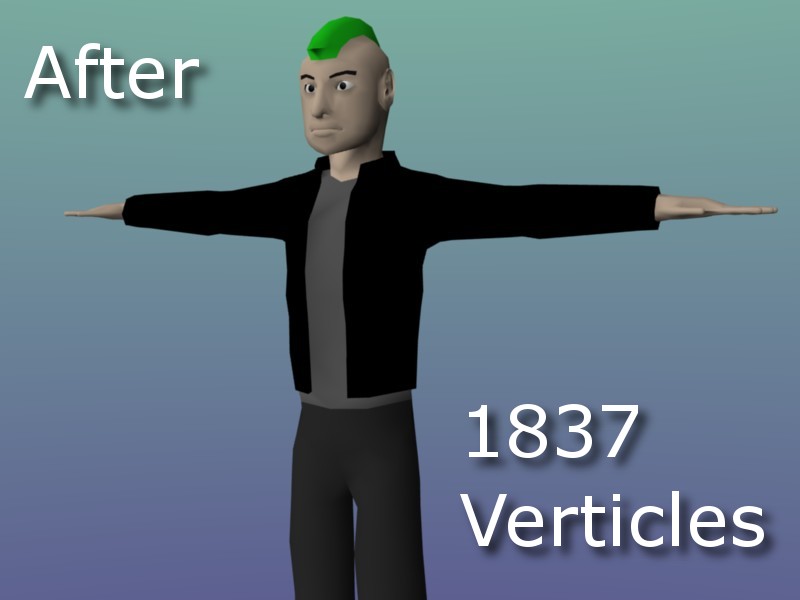 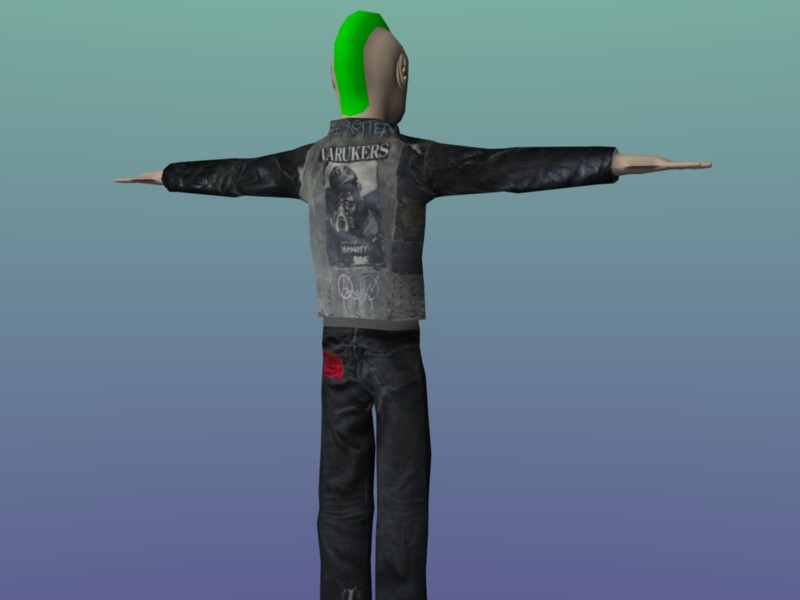 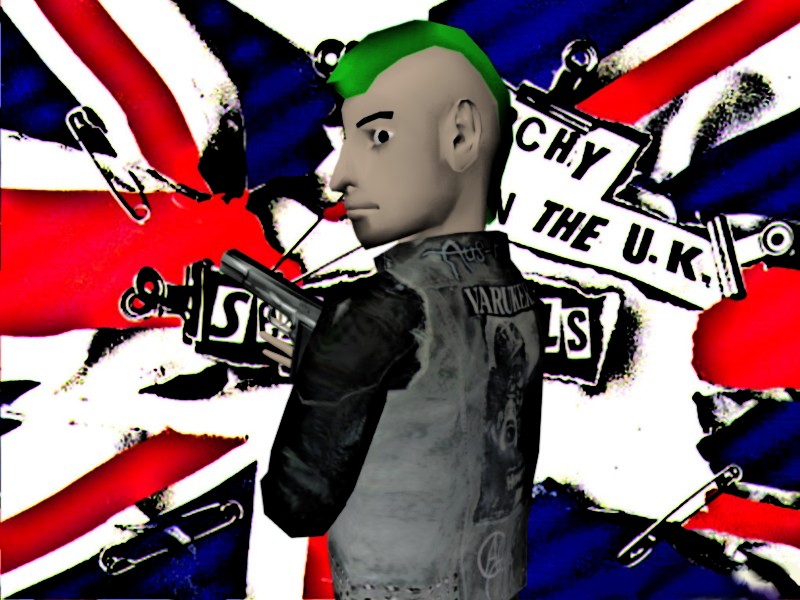 It was quit around Project Purify last week, but the project is back in the house today!

I started to create the tutorial level. It’s in VR-style and has 3 parts: target shooting, movement test and advanced tut. I started with the target shooting part today. I think I will add this part as an extra minigame in the project. Anyway, here’re some pics and a video (sorry for bad quality, my computer is very laggy when hypercam is recording). http://www.youtube.com/watch?v=8JQNaps7TJY

Please post your reactions, I’m looking for suggestions and remarks :no: 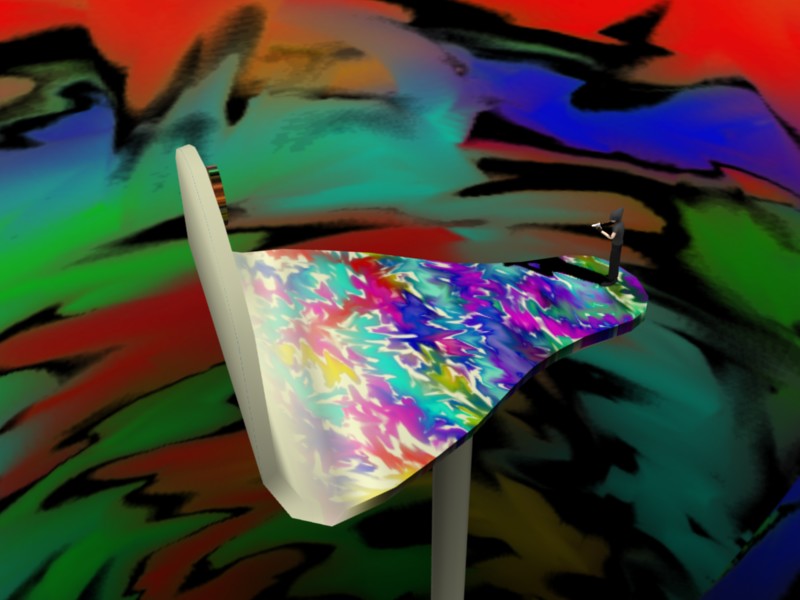 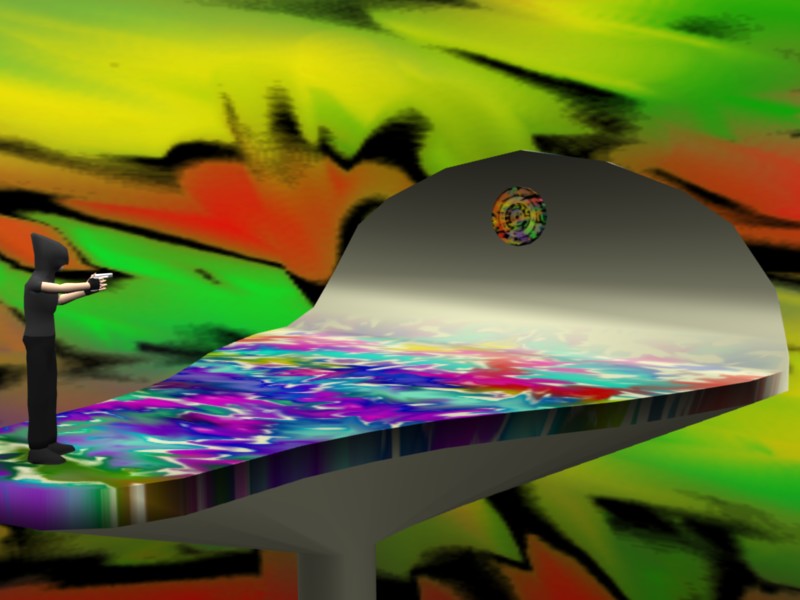 I started to create concept art for the dream levels. Here’s a picture of a character called “Mr.Heron”. It’s my first gimp-drawing, so it doesn’t look as good as I wanted to be. 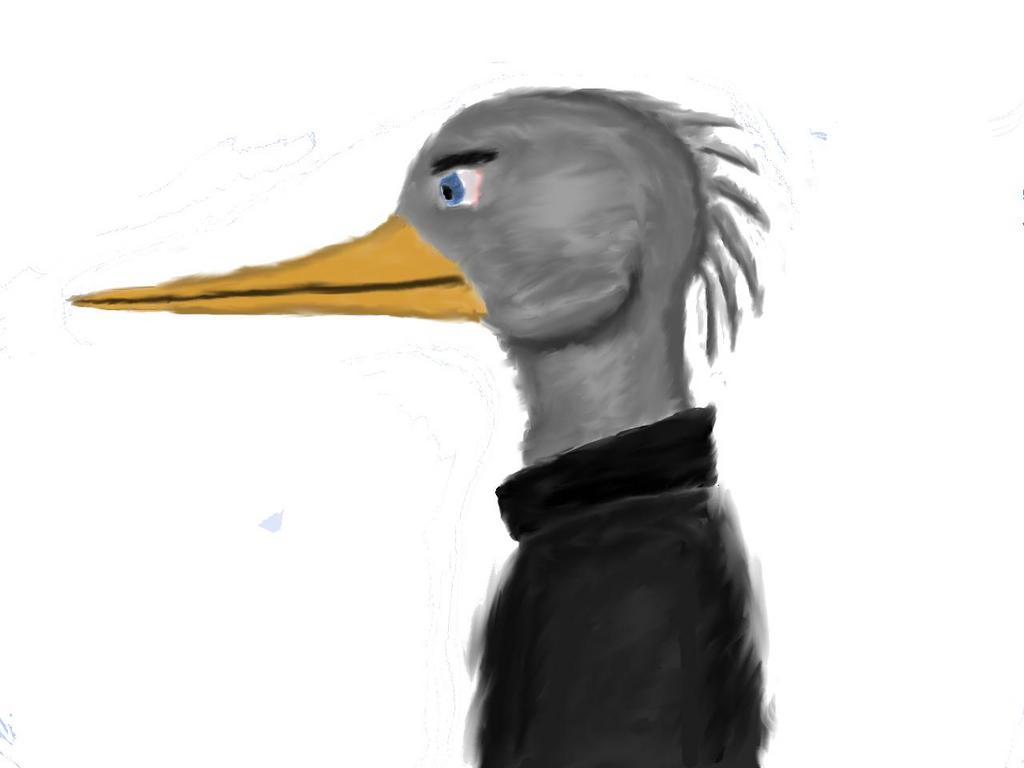