If you’d implement the recorded pivot history as a short ‘Last Used’ list in the Originie UI, then I guess it would be a convenient addition.

Thanks for testing the new bbox feature. I find it super useful as well.

Both of them are already in my todo list. I will work on them as my time permits.

Thanks for testing the new bbox feature. I find it super useful as well.

Personally I would clean up the menu a little by removing Bbox Sides, Corners and Edges (when edges are added to Bbox Interactive). I can’t think of a reason why I would numerically enter the edge now that the interactive UI is here.

Personally I would clean up the menu a little by removing Bbox Sides, Corners and Edges (when edges are added to Bbox Interactive). I can’t think of a reason why I would numerically enter the edge now that the interactive UI is here.

Here is the thing. Technically inclined users might prefer to pick the axis or enter values for the edges, since the axis and the edges are currently local to the object, to make sure.

The other reason to have those in the menu is that the interactive mode mostly useful in the 3d perspective view. If you are in an ortho view and do not want to mess with the viewport, picking an axis for the edges or the faces from the menu is quite reasonable.

kkar where is this addon useful in Architecture and architectural objects placement or rotation and scaling?

I think there can be many use cases in Architecture. For instance most likely you want the building pivot to be at the bottom not in the middle center since you would want your object to be grounded well. Having the pivot at the bottom is nice because when you scale or rotate even snap it will always transform from bottom. Originie offers bunch of helpful functions like that.

You can also easily put the pivot to the corners or side centers etc.

I have a todo for auto grounding objects as well. It will level your object on the ground automatically.

There can be other use cases, it would be nice to hear from other users as well.

Try the interactive mode or the bounding box options to see if that works out for you.

There is also numerical input mode where you can position your pivot with measurement values. I will add local/offset setting so that the values correspond to the objects own dimensions instead of the world scale with the numerical input operation.

Not sure i understand all the terminology but I am sure the new settings will be useful. Thanks kkar.

This is all very cool. One thing I liked about the one in 3ds Max for example, is that it gave you a gizmo sorta object you could freely move and rotate/align/snap as you would any other object. I wrote my own addon to do something similar. But it’s not perfect and can have issues with rotations and child/parent hierarchies. Does yours support rotation at all or mainly positions? Does blender really “like” you to rotate the pivot even?

There is an interactive pivot placement mode. Originally I wanted to make it really comprehensive but paused the development of that feature any further after I heard that 2.81 will have a pivot editing of some kind. I need to see the final state of that feature in the 2.81 release to redesign or advance it.

There is no concept of pivot rotation in Blender at least so far and I have not checked out if such thing exists in 2.81. However rotation added to the Cursor in 2.80, which Modo-Me (my other add-on) uses to do some axis related adjustments.

If you think about it the pivot is just a location not sure if it makes sense to add rotation to it, since Blender objects have their locations, rotations and delta transformations tied to the object separately. There is the fake pivot feature in Originie, which I can extend it with rotation if there is a big demand, really. It is a constraint base operation.

Hi,
SEMI COLON for the pie menu is not working for me after long time trying.

I wanted change it in keymap, but i wasnt able to do it.
Can you help me with run this addon?
I cannot see pie menu after pressing all me buttons on keyboard.
“Insert” button is working.
Thanks

Just to make sure it works here, I just used it. However I would be happy to help you out with the issue.

Can you tell me what version of Blender you use and what platform are you on? I am suspecting that the add-on installation did not work right there.

Also can you try these settings in your keymap editor?

I also just tried it in 2.81 nightly and it seems to work. As long as that is the case it should be easy to fix.

Can you please show the expanded version of that plus show me if Originie is installed properly in the addon tab.

Btw please make sure you download the v1.1, there are multiple versions there.

there is my keybord, where is the right button?

Before that I need to make sure the addon is installed properly and you downloaded v1.1 So please see my post above and try to get that info for me.

after this i have this 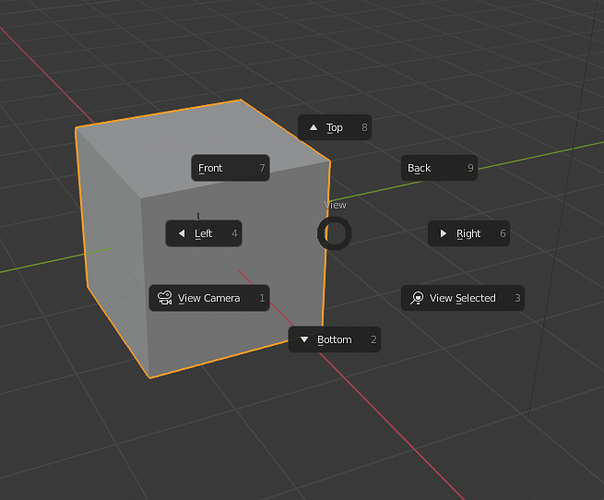