Over the past years, numerous people have asked me whether @armory3d or @UPBGE1 is better.

This finally has led me to make a list that visualizes both their strength & weaknesses: https://rpaladin.github.io/armory3d-vs-upbge/

Which game-engine do you think is better?

Only thing that is needed is a working HTML5 export that works!

UPBGE devs need post their donate or patron , gumroad pages
so we can support them.
Thanks.

Hi. Thanks for the honest input!

Only thing that is needed is a working HTML5 export that works!

Armory3D has a relatively seamless HTML5 exporter for any of the supported programming languages or logic methods (including logic-nodes). Do you think this puts Armory3D ahead of UPBGE in terms of core features?

Armory3D’s HTML5 exporter does not put it ahead of UPBGE by anyway. The other New Core Features Haxe, C, Rust, WASM are there but No full complete games are developed.

Complete Finished Games and stability of a engine are what studios are looking for.

Armory3D’s html5 exporter is not working correctly (in newer 2022 versions) with joypad or keyboard exports to walk around scene.

UPBGE should take suitable advancements of Armory and implement them in UPBGE.

Armory is a good development but in terms of complete games UBBGE is far ahead.

Armory3D is also a good alternative for trying newer technologies.

No full complete games are developed.

Really? The Offroad Mania hosted on Steam and is made with Armory3D (as listed in the link I embedded in the list I made) has 244 - 221 of those are positive reviews.

BGE/UPBGE Krum games had less than ~50 reviews max. While I agree Armory3D doesn’t have exactly any “show-stopper” or “AAA” quality looking games such as UPBGE’s Future's End, it does have some good games if you know where to look.

Armory3D’s html5 exporter is not working correctly (in newer 2022 versions) with joypad or keyboard exports to walk around scene.

UPBGE should take suitable advancements of Armory and implement them in UPBGE.

That’s not possible. One of the biggest strengths of Armory3D is being a Blender addon, thus gaining official Blender support and its bypass of GPL restrictions - unlike UPBGE which must adhere with the various GPL licenses.

Thanks for reminding about the GPL.

On the Armory html5 Exporter its in the exporter settings. It publishes incomplete data no working html5 (index.html) file on newer 2022 versions. I have not tried any armory updates as of yet.

I am not against Armory3D but the devs will need a lot of support .

Are you sure you setup a localhost when testing your exported project?
I setup a guide on how to easily do so with no extra download: 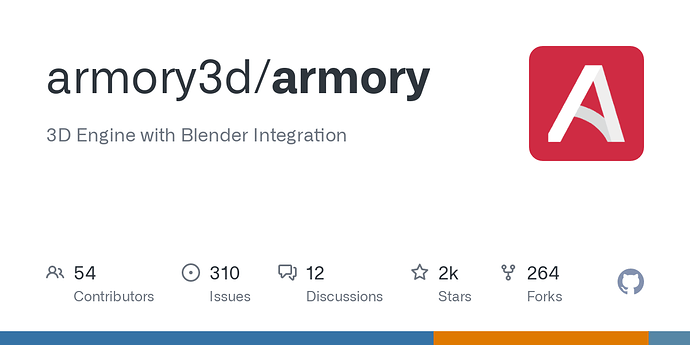 3D Engine with Blender Integration. Contribute to armory3d/armory development by creating an account on GitHub.

Define better… UPBGE runs at 30fps with empty scene… Granted that’s on a GTX 580. Armory runs fine though is missing a hell of a lot of stuff.
I love the way you can do things in Armory - unless you run into the unfinished stuff. A look at the API is revealing to say the least.

So i tried both to consider making an actual game (1-2 years dev) and would choose neither at this point.

Edit: I just retried the Experimental 0.32 version of UPBGE and it seems to run fine. Will give it another try then.

That’s not possible. One of the biggest strengths of Armory3D is being a Blender addon, thus gaining official Blender support and its bypass of GPL restrictions - unlike UPBGE which must adhere with the various GPL licenses.

Wait, is Armory3D built on top of Blender? In that case, how can it bypass the GPL restrictions?

I just quickly browsed their repository and they indeed have a directory named blender in which exists a bunch of Python sources referencing Blender API.

And actually, it’s possible for a GPL software to take a part of the code from another software distributed under a GPL-compatible license (e.g. Zlib) but the opposite case is not permitted.

So in principle, it’s possible for UPBGE to incorporate some parts of the Armory3D into its own codebase but Armory3D cannot do the same as long as it’s not a GPL software.

I’m not familiar with the history of Armory3D. Can someone clear up on how nobody seems to have raised an issue about it so far?

upbge has point lamp shadows, and volumetric lighting and a few other things on by default - pbr materials etc

you can shave quite a bit off a empty scene

that said - many game engines downscale their output
we should probably make a system for this,
(render the main scene using render to texture and then sample it into the screen buffer using openGL)

Upon a closer inspection of the said repository, it looks like Armory3D’s Blender-related part is distributed under GPL but it’s just that the fact isn’t clearly stated.

So, it’s not the Blender-related part of Armory3D that gives it any edge about license options, nor it’s true that UPBGE cannot take any part of the engine’s codebase if it’s viable.

If Armory3D offers a more lenient license model than what UPBGE provides, it’d be due to the fact that their user API is written in Haxe which is covered under Zlib.

One might argue if the Haxe layer can be considered a standalone software, capable of running without the associated Blender addon, since it’s the crucial criteria to tell whether or not the said program should be distributed under GPL.

But I have no intention to delve too deeply into this issue since I know there are many users happily using Armory3D and their developers likely don’t have any malicious intention to steal GPL code.

Hmmmm … I would kind of like to see a verge 3D columb next to that.

For me, the fact that UPBGE only works with desktop is a big deal-braker. I’m mostly working on html5, and I’m doing the sort of things verge was designed for. But I’d rather be using Armoury. It seems more active, more supported, more powerful, Open Source… I’ve managed to get verge / sketchfab style camera movement with a camera and two emptys and a few logic nodes, but than clicking on objects … errrrr … not working??? Is this a problem with the latest html5 exporter.

Yes, it was properly setup. Also tested on a Production server.

The html5 (index.html) is missing after export attempt on JAN 2022 Armory Versions.

I have not tested on any Armory Newer updates. 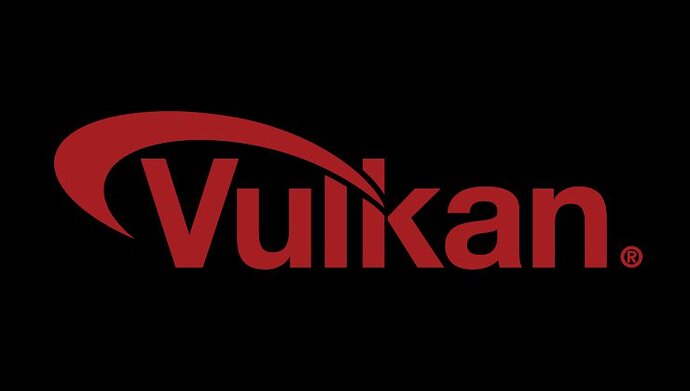 r/programming - Zink, the OpenGL on top of Vulkan driver gets 'Kopper' merged...

does this mean that upbge could be ported to android?

Hmmmm … I would kind of like to see a verge 3D columb next to that.

You’re always welcome to vote for “other.”

I have not tested on any Armory Newer updates.

Hello. One of the veteran Armory3D contributors tested the HTML5 exporter with latest source and their build export works with no trouble. If you’d like, come join us on Armory3D Discord to collaborate quicker & more efficiency: https://discord.gg/rtpFtwnZCq

Armory3D’s Blender-related part is distributed under GPL but it’s just that the fact isn’t clearly stated.

Actually no, I don’t believe it’s under Blender GPL, as it doesn’t use “Blender source” (unlike UPBGE).

Actually no, I don’t believe it’s under Blender GPL, as it doesn’t use “Blender source” (unlike UPBGE).

It’s not possible to make a Blender addon without using Blender API.

Maybe Armory3D should revise their documentation to make this clear to avoid confusion like this.

never seen any serious game made or even seriously started with Armory . Sad.

also, if Armory is currently bugged and non functional features, it would be a good reason for the dev team to maintain a single project demo containing everything that currently work.

On second glance, this appears to be an issue I observed earlier this month:

As I stated in the screenshot, you must update the SDK in order for the export to work properly, as the dependencies for that PR were changed after the official monthly release - 2022.4 release.