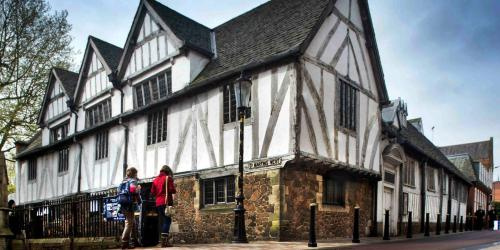 Having a hard time finding or creating anything that will work. I can make bricks, but I cant seem to get them uneven in size and shape. I could really use some suggestions.

[crop1] Hey there, I made an advanced procedural bricks texturing tool for Blender 2.8. It is all 100% procedural and all done in Blender. I also included 3 example shaders: [example-shaders-50] Check out more renderings on Artstation: https://www.artstation.com/artwork/nQ6AA9 You can get the free file on Gumroad: I hope you like it, feel free to drop me a tip so I can keep doing that sort of stuff

This is difficult stuff, hard to keep track of due to complexity, and hard to get “right”. There is also bricks&tricks, addon or nodegroup form, which may help you out if you don’t want to setup everything manually. I don’t think I ever chained them together though, to create random outputs that are used for the next ones inputs.

But yeah, my pet hate for the current brick generator is the way to ordered look. But at least with the mortar gradient it is fully usable.

If you want to control lay inaccuracy using normals, you have to create a node group that lets you convert any random color into a normal modification, in such a way that there is little chance to “overmodify the normal”, causing black artefacts when previewed on a sharp glossy node. The safest bet is obviously displacement (you have to convert the normal into a greyscale gradient), which also gives much better mortar, but for long walls I find this waaay to expensive wrt memory usage.

But even this hybrid approach - using procedurals to modify coordinate lookup and color changes to an image texture, to me doesn’t produce extremely good results. Although this is for a basic tile, this post may help you get started with the thought process.

This takes ages to setup in Cycles, especially since it is completely lacking utility nodes and you have to create your own node groups for basically everything. For something as complex as uneven bricks, I’m guessing Eevee probably can’t handle it.

My approach above may teach you how to do procedurals, but it also by far the most time consuming one, which may even stagnate your project