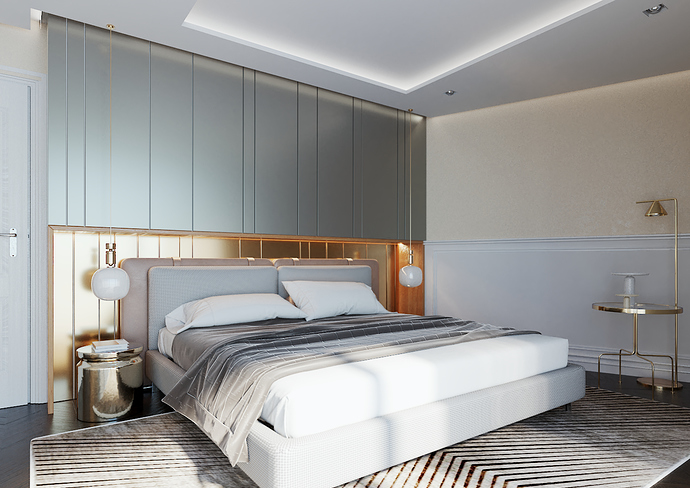 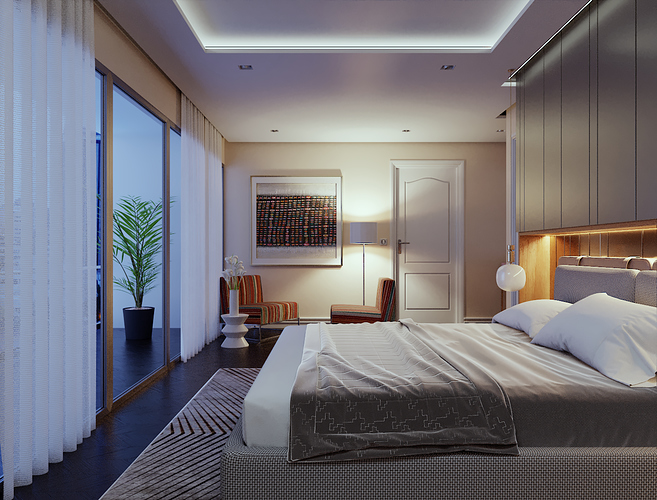 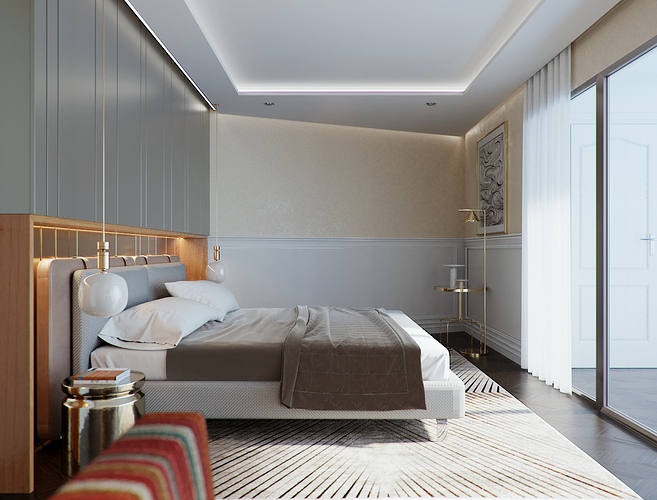 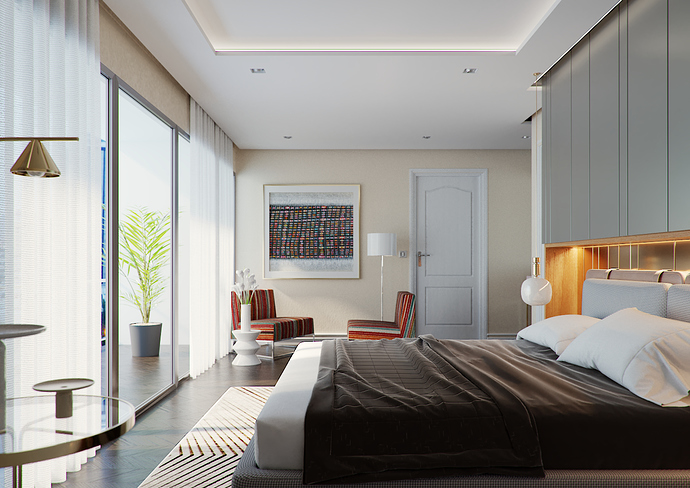 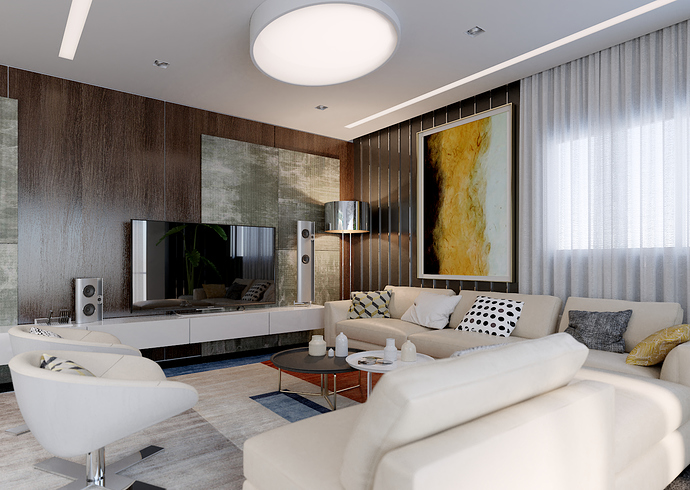 Gallery material if you ask me, but I’m biased.

Excellent stuff here!
My vote for gallery too.

thanks you mate ! but if want my opinion : i will be very happy to see a work from a talented Artists like you on the new engine. I’ve seen your commercial work recently with lot of furniture and this dark green shiny wall.

Thanx mate!
It’s in my plans to give the new Lux engine a thorough test but at the moment there’s not much free time.
Keep up the great work!!!

Apart from overly specular - but beautifully draped - dark sheets (does it use an add shader?), this looks perfect!

really quality job !
If I had to give any focused critque
I guess there’s a little bit too much glossiness on some surfaces.
And overexposed pathces on the carpet.

Anyway awesome ! (really had to focus to even get from impressed to critical

Thanks you guys ! Here are some screenshot of the project : 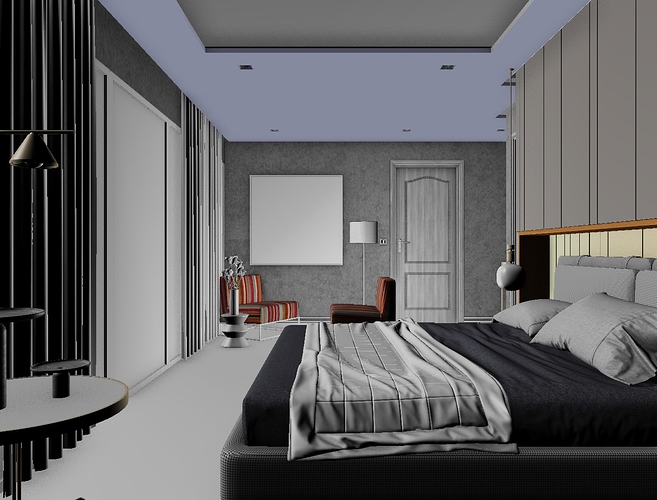 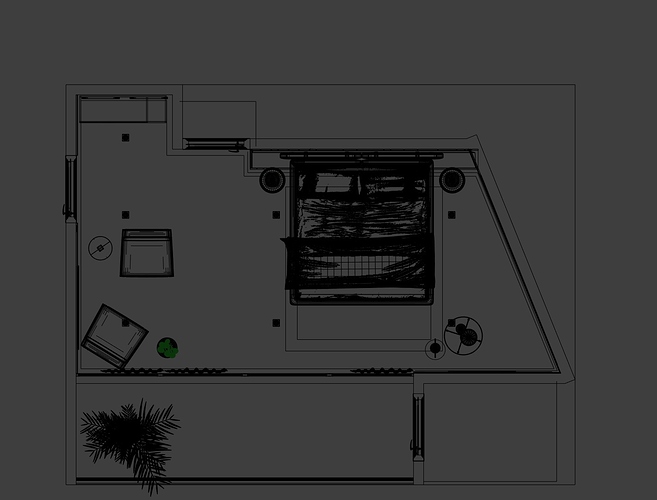 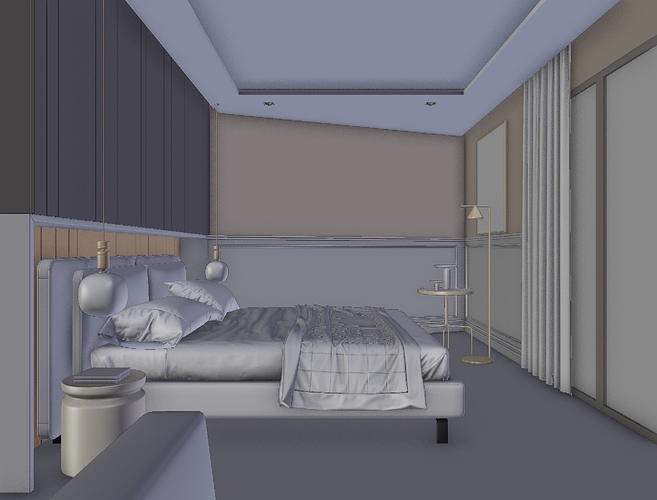 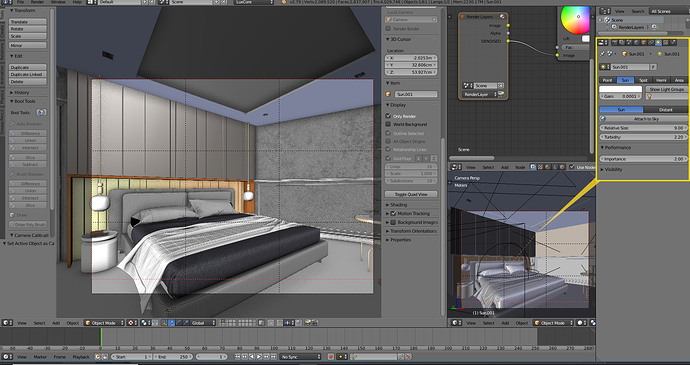 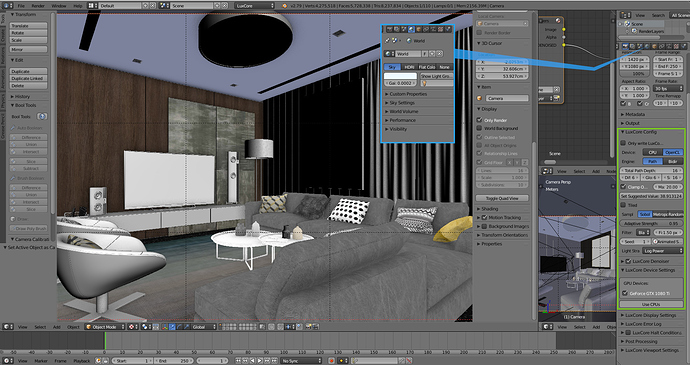 Also here you have simple setting for this kind of work :

Use shader Albedo below 0.8

Switch to Path Ocl and adaptive sampling to 0.95

How does working with Lux compare with Cycles?

It depend of what kind of comparisons you aimed for :

For more infos about ability visit the website gallery and luxcore forums here :

Thanks. Working artistically, which do you prefer? Are there types of work each is more suited to?

“”“Working artistically “”” some image of what you mean ?

With “PBR”, you probably mean the “disney” shader or “principled” shader, which LuxCore does not support yet.
In general, PBR just means “physically based”, which of course all shaders in LuxCore are.
You can also use so-called PBR textures e.g. from substance, but the shader setup is currently a bit more complicated than just plugging them into a principled bsdf node.

Note that the direct light cache is still very new and in alpha stage, not finished yet.

Nice - I want to live there…

Almost certainly the other way around. Cycles is intended to primarily be a performant animation renderer. Some of the decisions that have been made regarding quality vs speed back that up.
Luxrender used to be more true to reality but considerably slower, with core it is becoming slightly less realistic (dropping spectral sampling etc) but considerably faster.

On the spectrum, Cycles is close to the animation/fast and innacurate end, while Luxcore is more neutral.