started this today, hopefully i will end making the the whole body and all but i think theres still stuff to be done on the head. anyway c&c welcome.

hey Pork;) when you finished this one you can proubarly also make the three pigs;)

great model !
the topologie is cool, but in the front view, the nose is a bit square

My main gripe with this is the nostrils. Better toplogy of them (less square I think… if I can find that picture of Shrek I once had…) and also around them. There seems to be some pinching right beside the nostrils. Also, I think the should taper off before connecting with the rest of the face.

wow how did you do that?!?
looking great cant wait to see this project done!

this isnt so much of an update as a cry for help.
ive started to make shreks body (as seen below) but im not really sure what would be the best way to create creases and flaps in the cloths.
i considered using softbody but im not sure that would work as ide have to create sometihng under the cloths for them to help in the right position and this only leaves me with the other thing i know how to do and thats just model the creases.

so basicly, does anyone know of a good way to help solve this slight dilemer is waht im asking.

however, the jaw looks a little small. i’d say fatten 'im up a bit.

If you’re going for control+simplicity over complexity, model the creases. You could probably get some rough creases using bones when you rig it, and then use shapekeys to refine them.

Face seems to look better in this image.

yes model the creases, i think this is teh better way

there is coming an Cloth Simulation Modifier, it’s made for clothing. I only don’t know or it’s coming in 2.42 already

ok, i tryed some modeling creases (only simple one to start with) but im nt sure, its my first attempt at trying to model cloth theres alot of room for improovment (i kept the orignal mesh to just incase) but heres waht i cam out with, did the legs a bit aswell.
the C&C has really helped so far so thank you all for that.

<…what refrences are you using?
good job with the cloth he looks a bit skinny thou…>

not so musch an update as me playing with lighting and effects cus im at college, oh and the reference pictures i used. proper update will be along sooner rather than later. 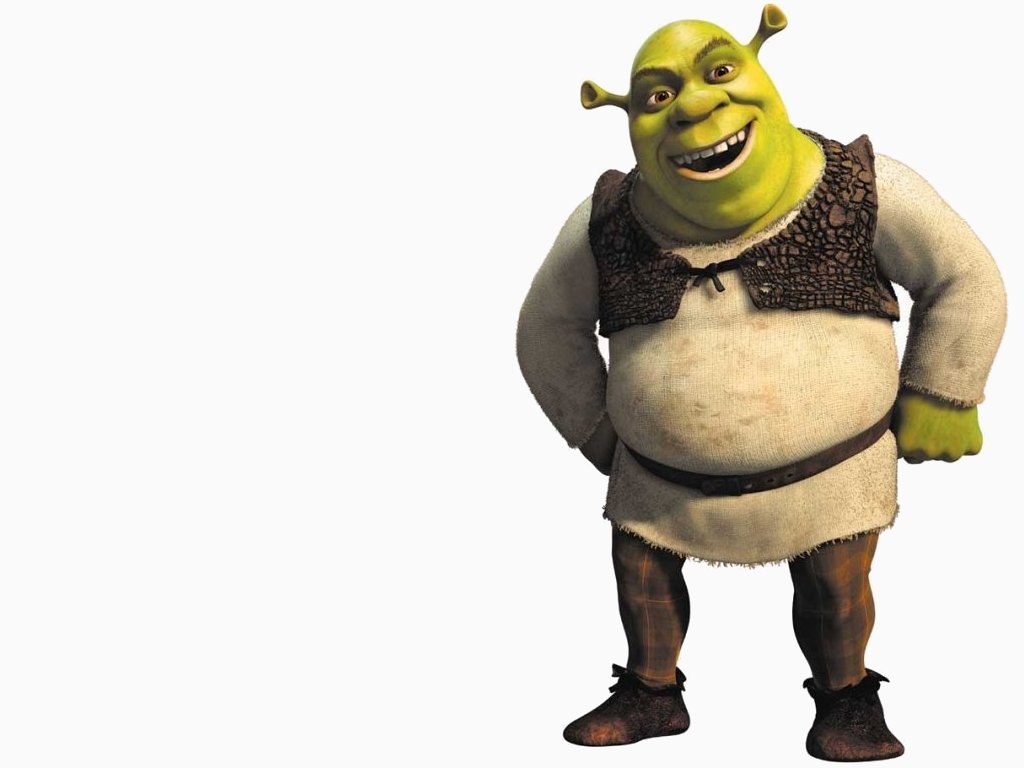 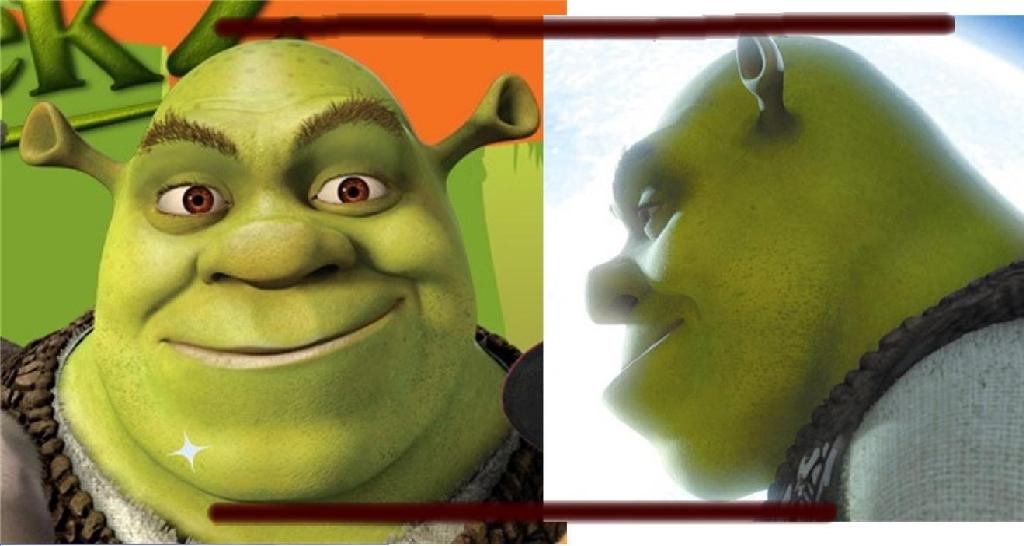 That’s some fine modelling there Pork.

As far as I know, the characters for the actual movie were carved out in clay and then traced with a laser scanner. If that’s true then not even Dreamworks could be arsed to ‘draw’ Shrek in 3D so much kudos to you.

Nah, the scanned in clay models would then be retopologised using cyslice or something like that, and then used as a reference model for modeling. They do have to animate him you know, so edgeloops were important

heres a bit of an update, ive been working on the hands, scrapped the thumb about 3 times allready cus i just cant get it right, anyway here it is so far.

I’m not sure, but I seem to think that Shrek’s fingers were short and fat. Also, the fingernails didn’t seem to pronounced for some reason.