Soda - A bridge to Natron

After working with Natron for the first time on my last project, I decided to utilize it more for future projects. However moving between the apps I wanted to be smoother, so I created the Soda add-on.

The add-on adds a new panel to the output tab of the property editor.

It consists only of 2 actions to trigger. The first one prepares the blender scene to render a layer for each light in the scene. The second one launches Natron and sets up a comp, that allows to tweak each light layer individually and thus adjust the lighting without re-rendering. For the second action it’s possible to choose to update an existing comp (Update Natron) or to create a completely new comp (Recreate Natron).

When updating an existing comp, the add-on searches for a Natron file in the directory specified for compositing from the preferences. The Natron project then needs to be named according to the blender scene. Version numbers are searched backwards until an existing version is being found. So if your blender scene is called myHouse03.blend, the add-on searches for myHouse03.ntp, myHouse02.ntp, myHouse01.ntp, myHouse00.ntp and myHouse.ntp in that order. If one of these Natron projects is being found, this is being loaded and updated.

The “SODA: Create view layers” action prepares the blender scene. In blender only collections can be enabled or disabled for specific view layers. Thus this add-on ensures, that each light is within its own collection. Basically it rearranges the following scene-graph: 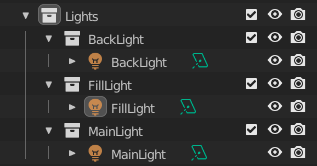 It then creates specific view-layers and enables for each one the respective light, while turning all others off. A specific view-layer will be created for the world HDRI. A blender-side compositing network is also being created in order to save out a multi-layer exr file containing all light layers with their respective naming.

Rendering happens with the usual workflow in blender. Just press F12 to render an image.

Clicking on “SODA: Start Natron” will launch Natron. The executable needs to be specifies in the add-on preferences. If this is done, this button will start a new Natron instance, and setup the following compositing graphs: 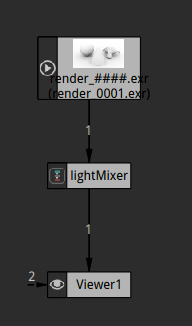 The middle node is a customized group node, providing a light mixer interface: 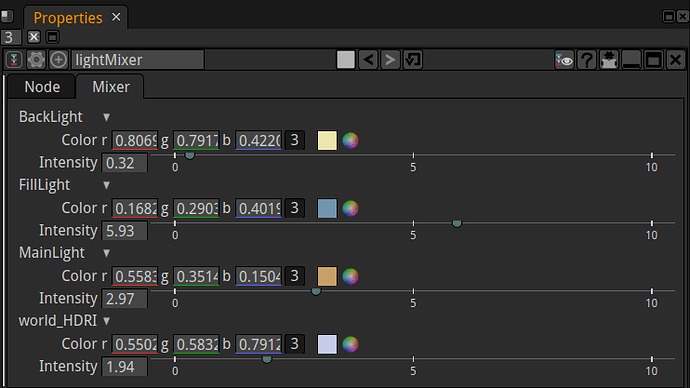 Each available light provides each a color and intensity tweaker, so adjusting the lighting won’t need jumping around to different nodes. Everything is available within this parameter interface.

Internally the light mixing is realized by a little group internal compositing graph: 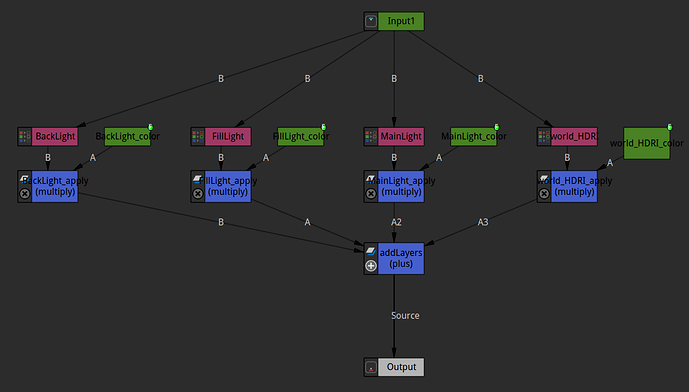 Unfortunately Natron opens with this group open, so one should switch to the main compositing graph.

I’ve updated the Soda add-on to make use of the new light group feature in Blender 3.2.
This reduces render times, since all layers will be rendered at once.
However there is a drawback. Light groups don’t support shadow casters. Would anyone be interested to have a path back to the view layer approach in such a case? I could add a setting to the scene, which approach to use.
New version 0.2.0 available on GitHub: 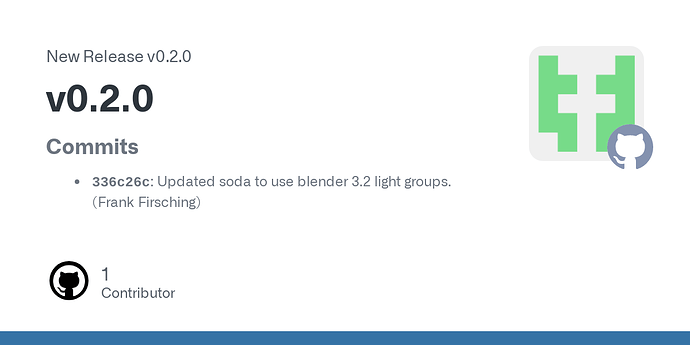