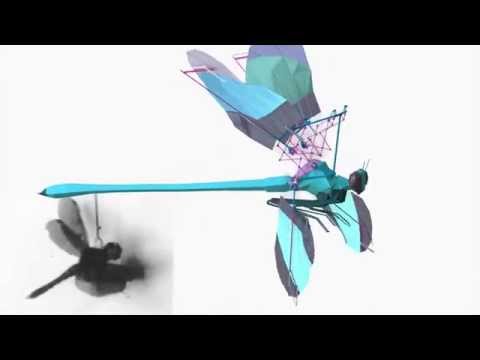 To contribute the project of a passionate Indian aeronautical damsel, Varipon Institute will start upgrading the wing mechanism of dragonflies. That data will be described and shared in Python script for free 3D software Blender.

The dragonfly skillfully manipulates the four wings to make a steep turn and hovering, as well as retreat. We can continue to study and improvement the data for that freely.

According to the data it will be possible to realize the physical implementation of the biomechanical wing of the dragonfly by gimbals equipped with four micro brushless motors.

Dragonfly’s characteristic hind wing and fore wing are not same movements. Even in this case, the formula of voluntary movement is always valid. That is, by changing the position interrelationship of the fulcrum and the effort point, I confirmed two wings movements can be realized. I was relieved to this result. in the Formula, we can found a philosophy to become the keys of swarm intelligence. 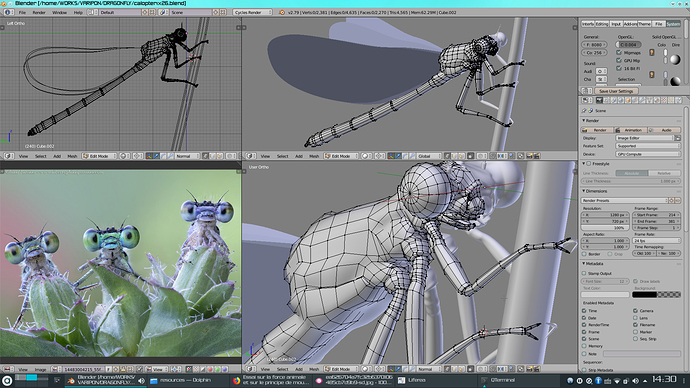 Very cool project, I’m gonna bookmark it to see where it goes. I photograph dragonflies and damselflies for a hobby, so let me know if you need reference material (even though there’s plenty on the web). You have a great eye for detail, the anatomy of your model is pretty much right except for the abdomen which should consist of 10 segments and secondary genitalia underneath segment2 (counting from the thorax). Segment 1 is half hidden underneath the thorax and segment 10 is very small. In the picture attached (of Calopteryx haemorrhoidalis, related to the species you’re modelling) I’ve marked what I mean. 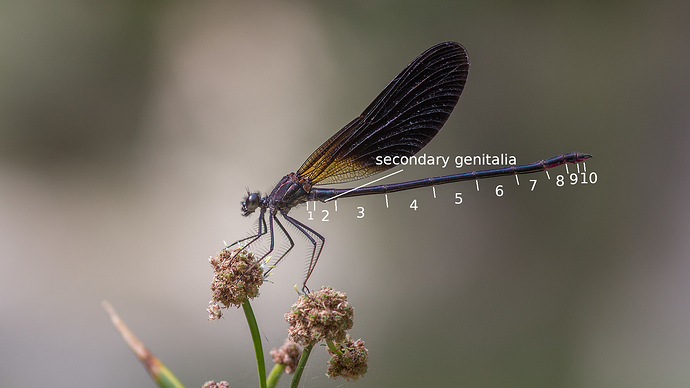 Your insight about the dragonfly body ratio is very wonderful!
I will complete modeling while referring to it. Thank you! 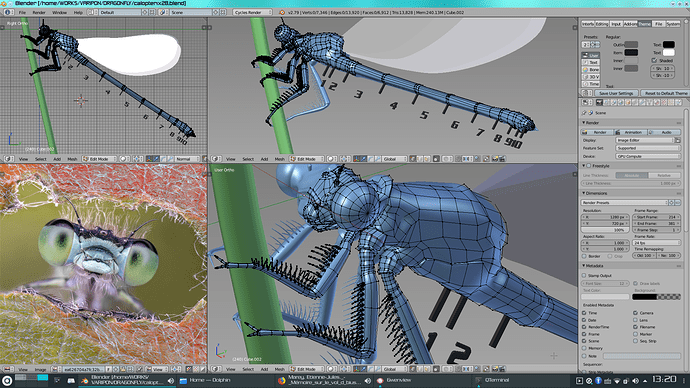 Thank you sir. Once the project is completed, the data will be shared. You can freely modify and extend it. Best regard.

The damselfly body’s modeling and texturing are completed. 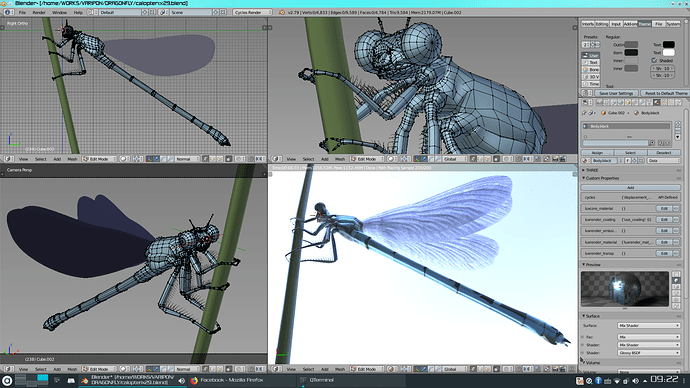 Thanks for your interest. By using the axiom which derived this formula it is possible to exercise every spirit voluntary movements of all terrestrial bodies. Insight and information packed into one post, awesome. Do you know what the ratio is in the expansion and the compression of the segments if this is repeated among the similar genus? I see a bell curve there, but just curious if this is a repeated pattern among th e parts of these species.

It seems like the octagon is also repeated in forms among variety of organic shapes.

I enjoyed all to biomechanical exploration videos you put out there, great work for sure.

I have been busy since last week. Sorry for the late reply.
I have not investigated everything, but at least I see that organic curve is an ideal waveform for the Reverse Karman vortex street that living things produce to gain thrust force in accordance with the Karman vortex street which is a fluid phenomena.

The above figure :
When there is a stationary object in a uniform flow, vortex appears alternating left and right downstream. That’s called Karman vortex street. Theodor von Karman clarified this physical phenomena theoretically in 1911.

If you are interested, you can report to you if new knowledge is obtained.
Best regard

« The trajectory of the our octagonal formula realtime demo »
-> https://www.geogebra.org/m/B6QReQuK <-

About this curve of propulsion, the equestrians knows from experiences. They call that “impulsion”. 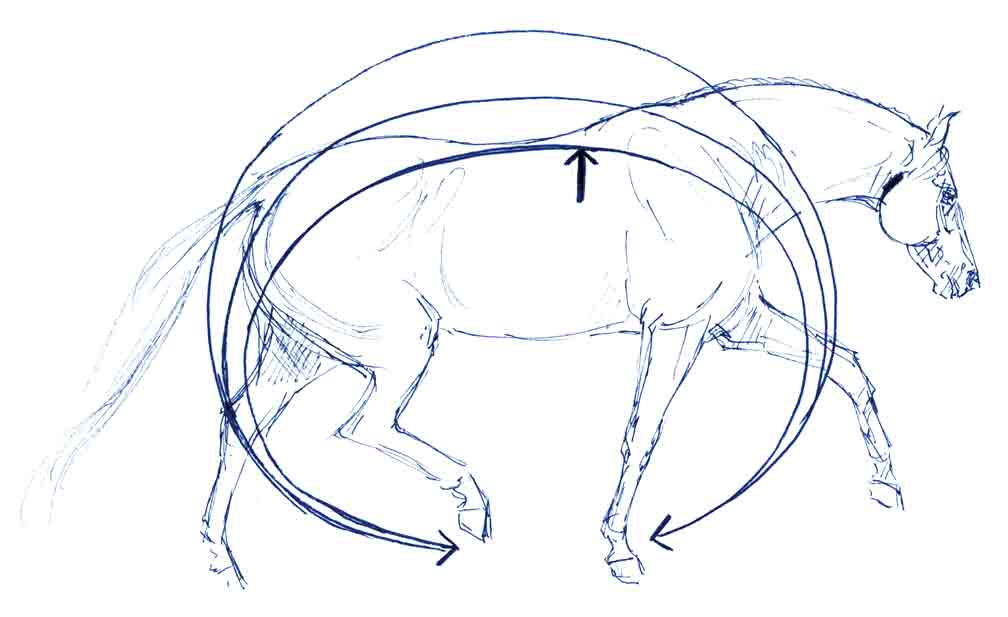 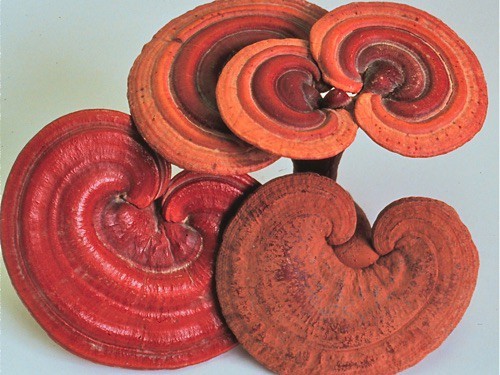 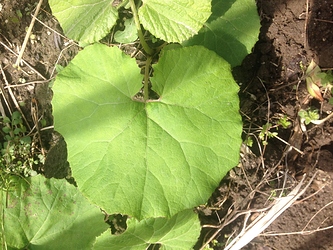 The first flapping motion mechanism analysis was completed. I’ve ensured consistency.
Blade angle can be freely fine adjusted by moving fulcrum.
I will acquire the movement data of the wing joints next week.
I am also in contact with Dassault Systemes’ 3D Experience Lab.
skuax (skuax) March 9, 2019, 7:47pm #18

I m really impressed by the mechanism concept. I love that. Thank you very much. It reminds me theo Jansen serrches.
I ll go deeper in all those wonderfull principle.
Again. Thx

You’are welcome.
I explain you that this invention has historical inheritance.

Its core concept was brought by the invention of a 19th century American locomotive mechanician and the centreline theory of traditional Chinese martial arts of anti-Qing dynasty resistance.

It was also promoted the development by the discovery about the insect flight by Étienne-Jules Marey and the philosophy of the voluntary movement by Abraham-Louis Breguet.
Their root have a common rebellious aura.
So, in order to realize filial piety for their works, I properly inherited the predecessors’ will and invented the ultimate mechanism.

I was touched by this oblique crossing mechanism. 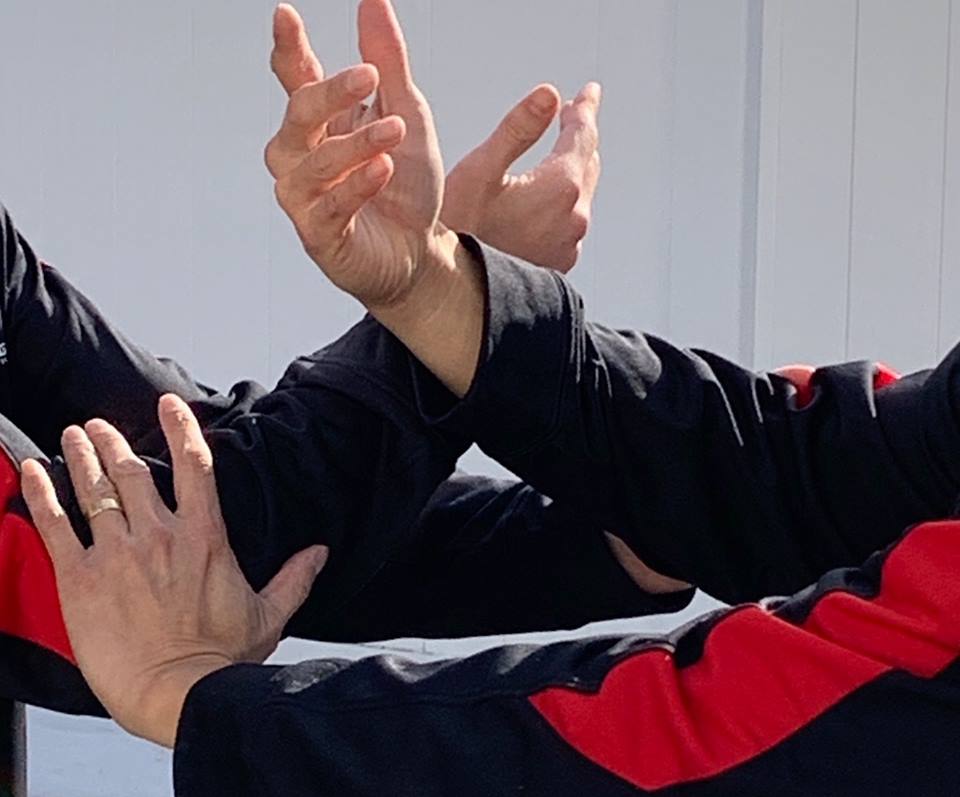 When I revealed the insect wing movement mechanism crosses the joint obliquely, many professional engineers were surprised. No one has invented such an esoteric mechanism so far.

So, I got basic insights from traditional Chinese martial arts.
When I said that I am impressed by Wing Chun, Tai Chi master Cornelia Gruber who studied with Bow Sim Mark (Donnie Yen’s mother) told me to try Chi sao (Sticky hands). Since then, I have been studying Tai Chi’s pushing hands etc. for a long time.

This week I acquired the movement data of the wing joints.


You can see the formula from the following too.

Next week I will distribute the first data file.

The data works with Blender and models the movement with Python script.

Hello there,
I finished all the first modeling work of dragonfly flapping movement.
I will share to you the data which works with Blender, a free 3D software application and models the movement with Python script.

This biomechanical finite element analysis (BFEA) will contribute to increase the research and development of new insect typed drone. I will share to you the data which works with Blender, a free 3D software application and models the movement with Python script. http://varipon.com/index.php/work-plan-9-biomechanical-simulation-animals-flights/task-92-calopterix/ Biomechanical simulation of damselflies’ data download Download & Install Blender from here. Download the movement modeling …