2019 - 10 March
“Tony Stark” 3D artwork by Yuditya Afandi.
Suit based on concept by Phil Saunders (https://www.artstation.com/artwork/5DOxA) I added my own touch to the suit. 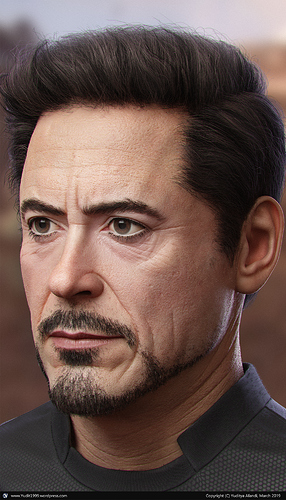 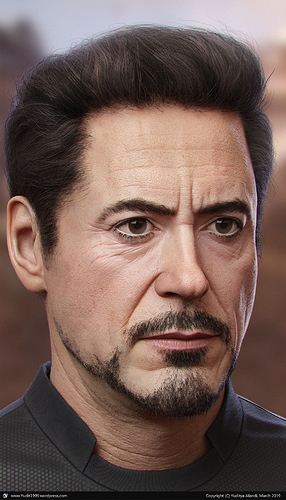 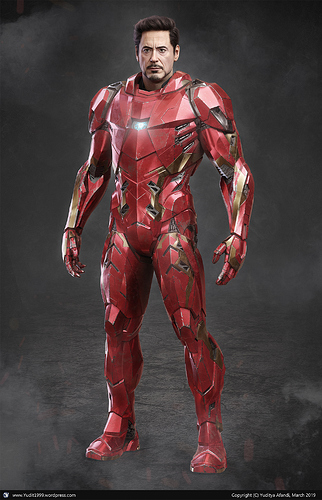 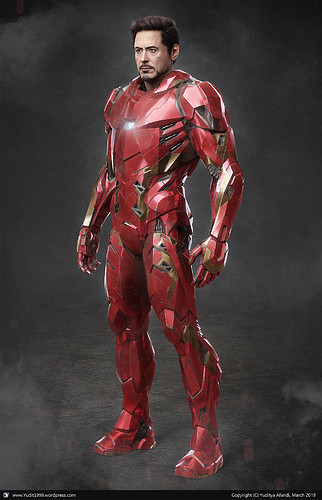 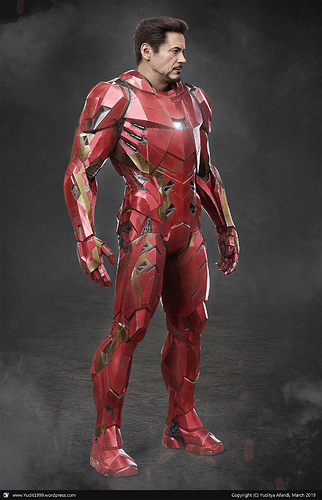 When: March 2019
Comment:
Personal project to study more about likeness and hardsurface modelling based on Iron Man concept by Phil Saunders with some addition touch by me. Learning more about character creation. I used Cycles to render this artwork, First time experimenting with cycles SSS. I also using textures from Poliigon, though most of the texture used are hand painted and generated from Substance Painter. Learned a lot from this project. Especially about likeness, it’s certainly one the most advanced thing a 3D artist can do. 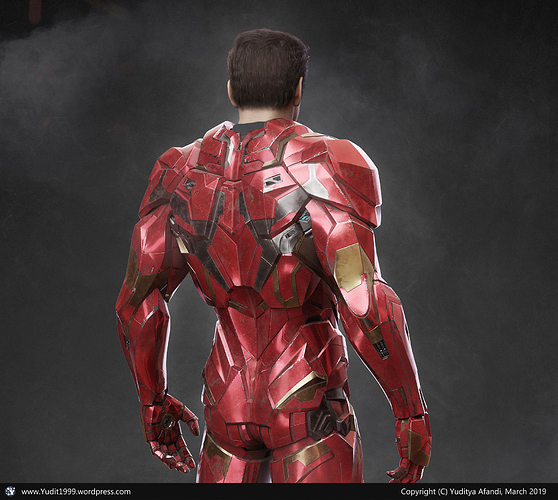 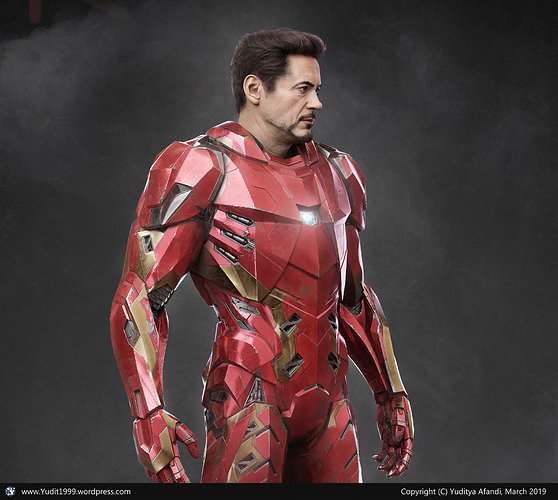 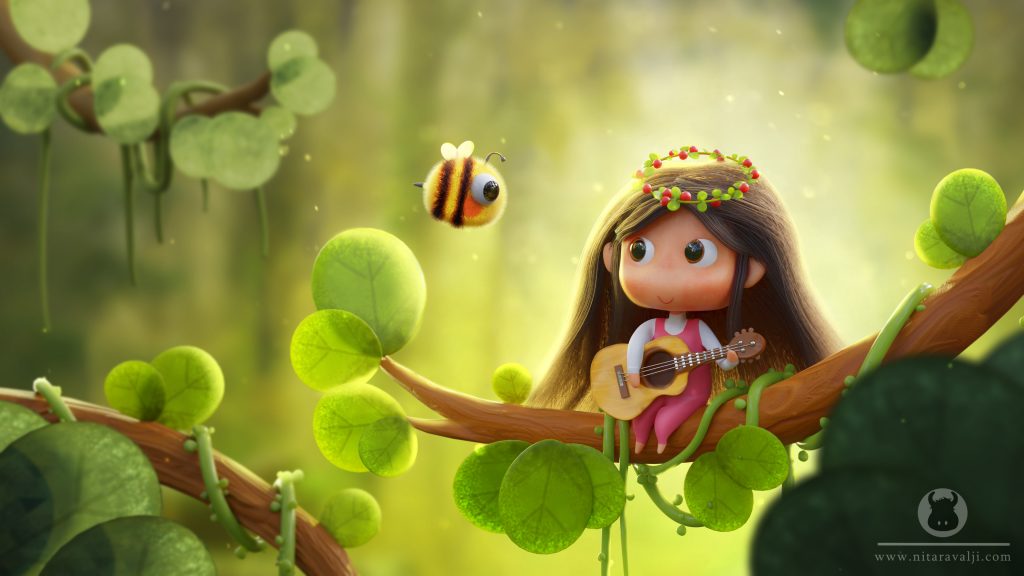 Every week, hundreds of artists share their work on the Blender Artists forum. I'm putting some of the best work in the spotlight in a weekly post here on BlenderNation. Singing in the tree Jesus Christ lizard / Basilisk Anatomy model 2019 Abstract...

Thank you very much Bart!

Thank you very much for the support!

And obviously, you’re #featured here too

Wow ! He looks perfect in every way. So why does he still look not real ? (No criticism here, just he’s so perfect, It got me thinking, what is it that pushes something into indistinguishable from real life ??)

I’m impressed by the likeness and the quality of this work. But I’m also impressed that you actually didn’t mention Zbrush for sculpting. Did you use Blender sculpting tools? If so, this is truly something I haven’t seen before.

I know what makes something indistinguishable from real life. Chromatic Aberration. Yup! The thing many people hate but, is a very essential realism aspect. Not too much of it but, just enough to mimic optical imperfection on the edges of an object. That’s why movies use it now. It blurs the edges of green screen footage for post-production composition along with the high resolution, it’s barely noticeable. Real life at a distance is warped from atmosphere and light distance and bloom. Real life has it’s flaws because, our perception of it is flawed. There is a lot going on in the material world to alter optical perception. Had @Yudit1999 just added a very subtle shift in Chromatic Aberration then, it would be photo realistic. It’s mega close. Looks just like Robert Downey Jr. too. Well done by the way @Yudit1999!

May you provide some examples how CA is enhancing photorealism for 3d models?

The first example is a real picture with red and blue on the the edges very subtly on near-distant to far objects: 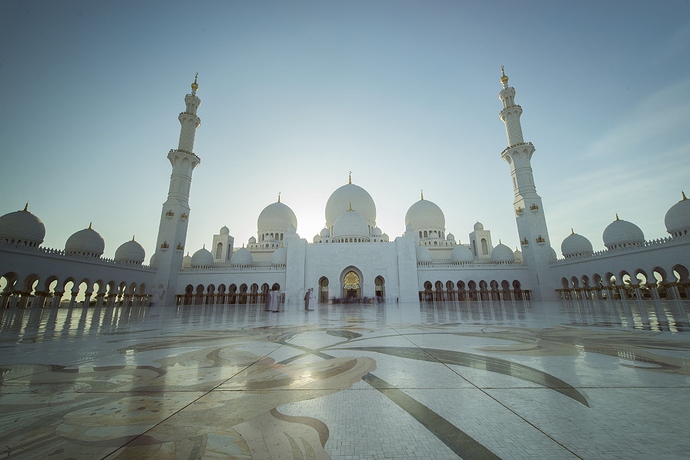 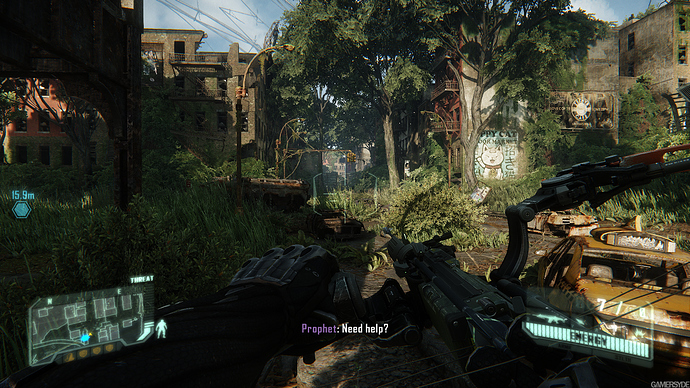 Up-close or depth of field subtly blurring the edges of the foreground subject does the job too
VFX up close: When focused closely to a subject it blurs with depth.
Best example; Alita: Battle Angel.

You’d have to blow up the pics to understand the depth of what I mean.

Note: Chromatic Aberration can even breathe life into low-poly and flat textured meshes.
It really doesn’t take much to turn something near photo realistic.
This is an older work but, it added more depth to this: 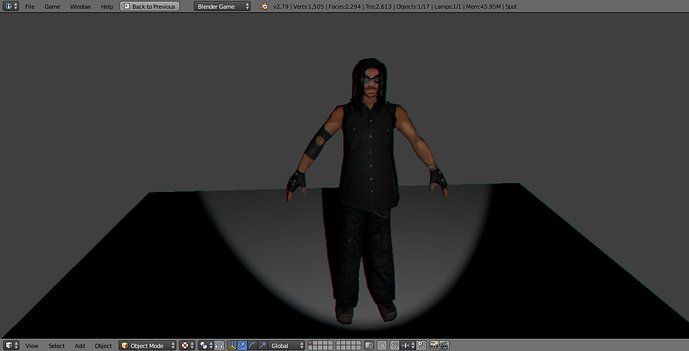 Thank you for answer, but for me this effect doest do much to close cg to reality especially for cg characters. Most of cg characters looks to me too artifical no matter how detailed textures and mesh, they look loke lifeless vax figures from museum. Tho unrealistic cg characters often look more live than attempts to recreate real people. There is something else besides chromatic aberation and all those technologies like SSS and so on. Hand painted portraits looks far more realistic. I agree that sharp edges that 3d software generate should be somehow smoothed CA is attempt to do this but it’s look too artifical to me.

It all about imperfections.
Even real people (especially in the Entertainment Industry while in the same room with them) can look fake.
They wear make-up that covers up too many flaws and the fact that most of us aren’t accustomed to seeing Hollywood celebrities in their everyday lives can easily compare the realism of their own world with the perception of realism Hollywood tries to portray in films and television. They just apply that to the CGI creations as well. I really don’t know if it will ever be completely possible to portray exact photo-realistic perfection because, one person’s reality will be another’s wax but, I can settle with us coming close by making objects react to a digital environment similar to real-world physics.

I agree detailed textures won’t add to realism. That’s why I said it doesn’t take much to make something near photo realistic. We aren’t seeing Pores and Subsurface Scattering at a distance. Veins and blemishes are a different story. I’ve actually seen a lot of Subsurface Scattering look like wax because wax mainly does that. xDD

I know in photography, enough color could mean the difference between a crappy sunset and the one you saw with your eyes.
I calibrate my monitor’s colors with my wallpapers that I know are real, personal pictures and according to how I perceive color and their brightness and temperature.

That could be the difference between what you and I see.
Maybe you do calibrate your colors same as me, who knows xDD

You see, even crappy quality photo of real person with crappy lighting and background still looks like it’s alive person. But looking at hi quality 3d renders you can see it’s not alive but generated lifeless artifical face. I don’t know maybe it’s all about eyes or expression, always something missiing out there in CG to say - yeah, this is looks real. Same with any other organic natural object, you always see - it’s fake, with good lighting, good shaders, good topology but still not real. Dont know why, cause when you look at hand painted pictures they can give you feelling that you belive it’s real person.

I agree 100%.
Thing is, those shaders are the things we take for granted in the real world.
Physics.

Is this real, CG or a painting? 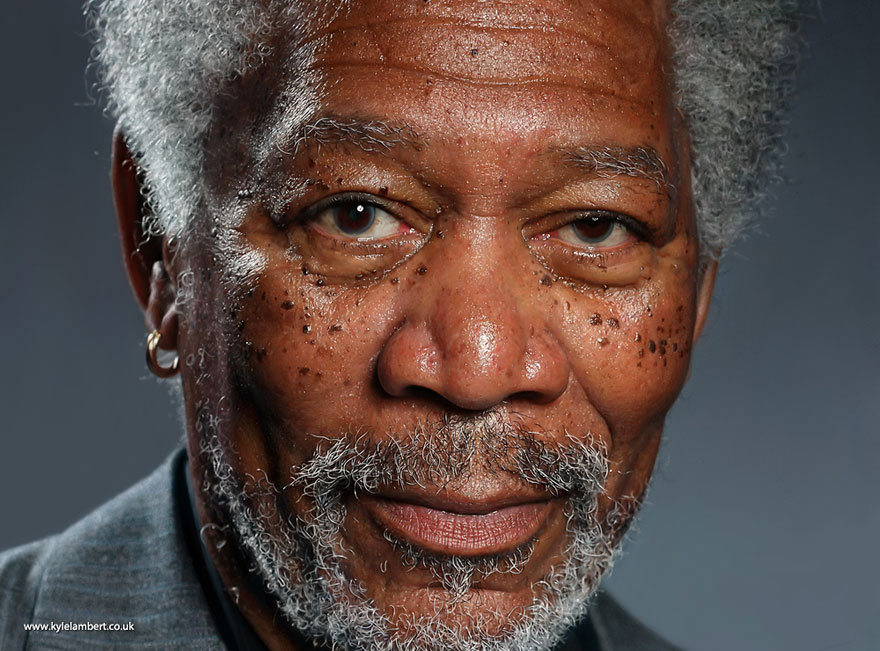 . But edges are little blurred - thing missing in most CG renders.

It’s an insane painting of a studio photograph of Morgan Freeman. 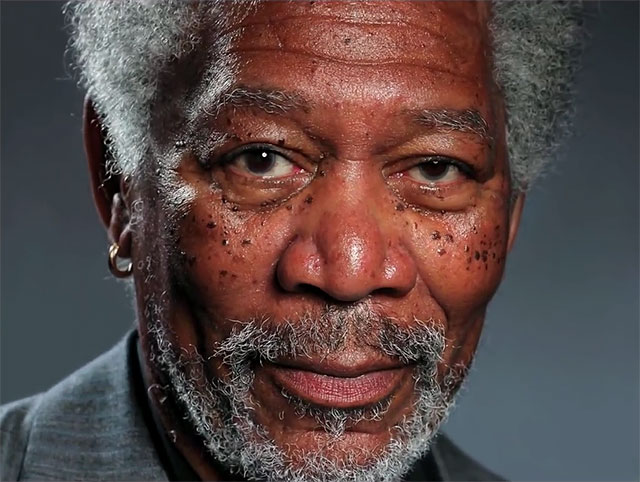 This Picture Of Morgan Freeman Is The Most Realistic Finger Painting Ever...

Believe it or not, that picture of Morgan Freeman is not a photo – it's a finger painting. UK-based artist Kyle Lambert finger-paints (or finger-draws, if you're a purist) extraordinarily photo-realistic portraits of famous Hollywood stars on his...