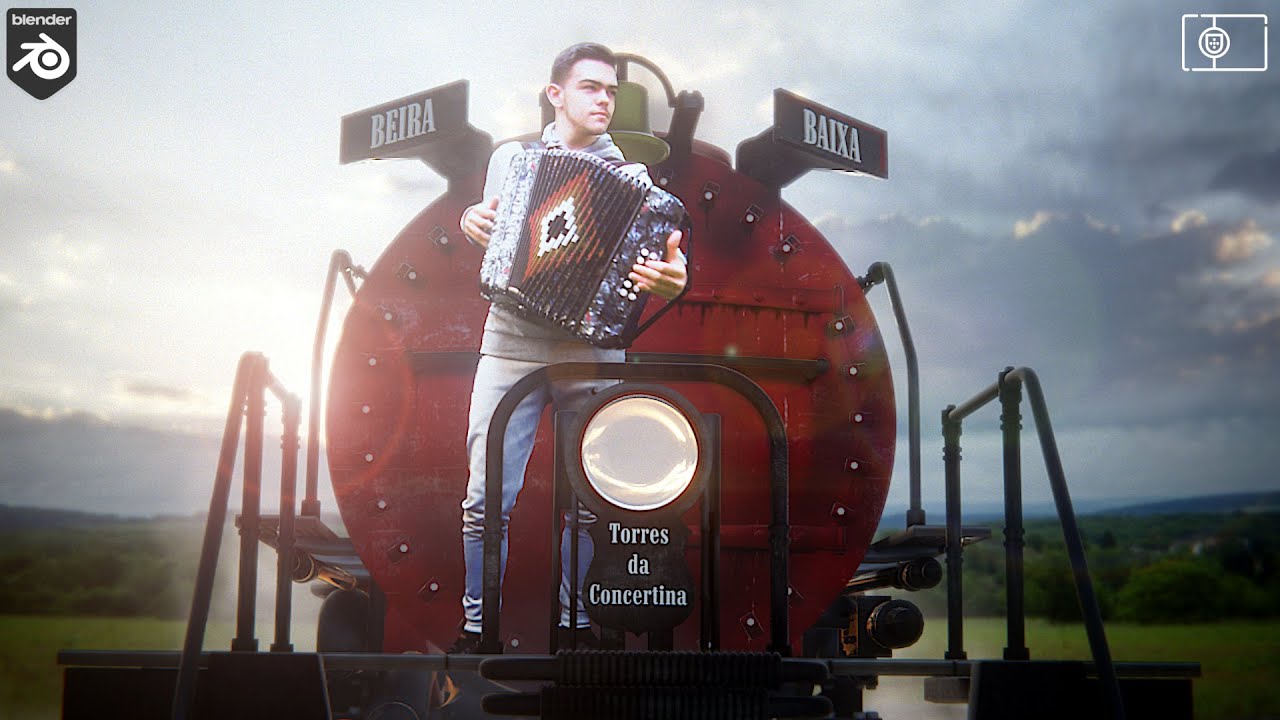 My name is Rogério Perdiz, I’m a freelance Blender artist since 2009, blender user since 2001 and independent film maker. In the recent times you may have seen my work on the Resilience Satelle thread.

My nephew in law, the self-taught wonder boy concertinista know as “Torres da Concertina”, learned recently a new song called “Comboio da Beira Baixa (Train of the Beira Baixa)” and, while we were talking about it, someone (probably me) mentioned that it would be cool if he played that on top of a moving train

We had discussed previously about making a video using CGi in some way, so this felt like the perfect opportunity.

A week later we filmed all the footage in front of a way too wrinkled green screen that I had bought 10 years ago and never really used it for anything: 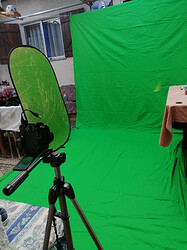 rogper-GreenScreen1536×2048 469 KB
…and thanks to Blender awesome keying tools and many animated masks I actually did successfully removed all the green: 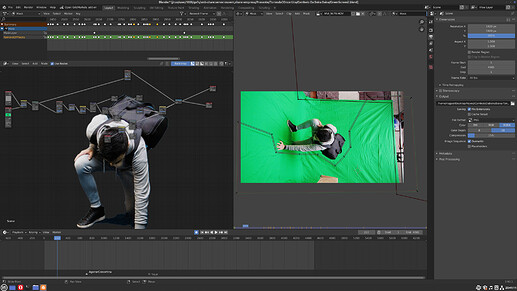 Note to self:
Just iron out that darn wrinkles next time!

Awesome! Ok, now all that remained was making a complete scenery for this.
Because we had zero budget and zero time for it we couldn’t make a locomotive from zero, but luckily we found a great one on Blendswap and Torres just loved it (who wouldn’t it’s great).

So, a bunch of time later, with the help of my wife @Rute_Perdiz and using the same methods that we’ve been using for Resilience Satelle, we created an acceptable approximation of the real location. 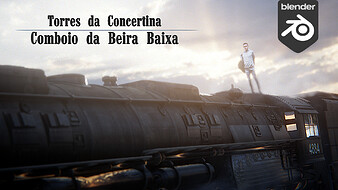 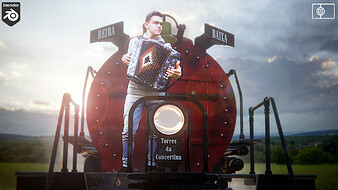 ), but only with Blender I ended up felt enough at ease to actually make it happen.

Until next time!
Rogério

The movie is up!

Hello friends!
We had a few critics to this project, so we decided to make a new version of it with all the mentioned issues addressed:

Now it has more shots, more fluidity between them, and even better color.
I really hope not to make a 3rd version, but if you spot issues, please do let me know for the next adventure

Hi, i think you did improve on this version, the only thing that i think will benefit the feel of speed and the train on the move is; in the closeup shots to superate the camera from the train so its following the train but not constraint to it.

Hello @digitvisions!
Thank you very much for your comment! I see your point, thanks for mentioning it!

The cameras are indeed parented to the train, but then move a bit (most of the time, there are moments that is indeed locked)… like if it was a person holding it that was on top of the train too. Next time will have to move more

Forgot to mention that it’s nice to see a younger musician still keeping this old instrument a live.
Well done.

He doesn’t have much publicity or even supporters, so I decided to make this in my “free” time so his chances of success, hopefully, improve.