I have been trying to create a node group that would give me the same level of use as Zspheres, but no matter what I do i cant get it to work. The goal is to be able to scale the “spheres” with ctrl A, and have the cylinder ends scale with it much like how they do in Zbrush 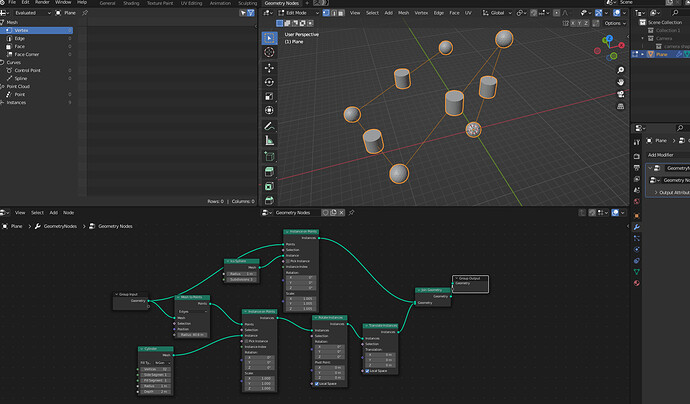 Update. I was able to generate a cylinder between vertices, but still cant get the “ctrl+a” scaling to work. 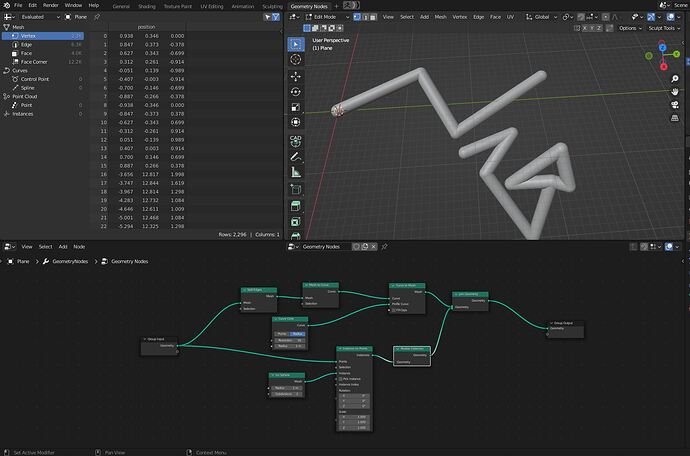 I was just trying the same thing, and am struggling to get beyond this point: 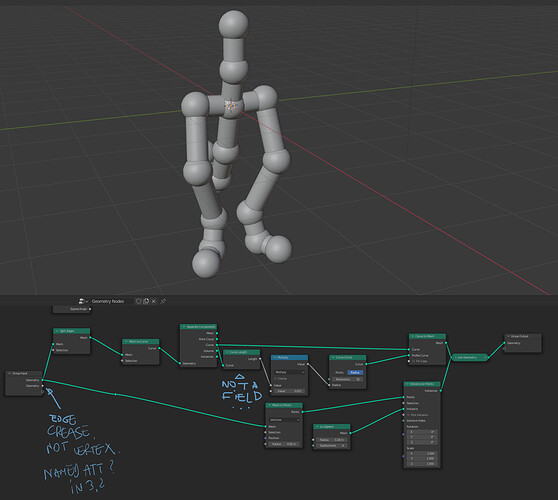 Have you looked into this any further since this thread?

I can only speak for 3.2 and Vertex Crease is missing from the named attributes there also. The Ctrl-A functionality also only appears once a skin modifier is attached, which doesn’t help.

Would really like to see the ability to emulate the skin modifier’s key-bindings - and even generalize it so you can bind keys to various attributes so you can get similar behavior in the viewport for Floats like with Curve Radius (with alt-s) or 2D attributes like the Skin-Size (with ctrl-a[x|y]) - and it should work with proportional editing.

Kind of seems like this is starting from a similar base, but using SDF: https://twitter.com/JoseConseco3/status/1552398801125908480
Ofcourse, he’s writing an addon to handle the creation and editing, so he’s not bound by the same restrictions…