I’m having a problem on low fps for adding armature modifier in upbge 3.0 and i don’t have that problem on upbge 2.5,please can anyone help me 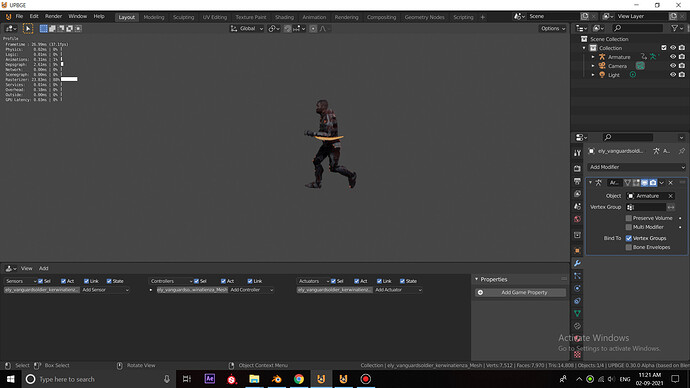 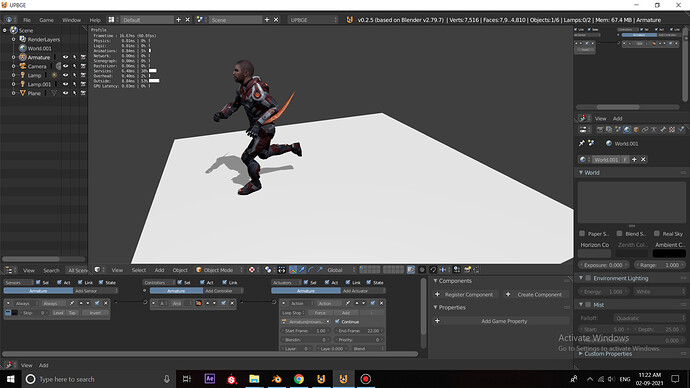 looks like the render is using it all. to be expected from 0.3.0 since it uses the eevee engine which isnt designed for high fps but for image quality.

i have
cpu-ryzen 5 3600
ram-16gb
gpu-gtx1060
and i don’t think it’s about the render engine cause the frame drops only occurs when i play the animations.

Deformation is very expensive in upbge,

The solution is a new armature system “after the stack” and just after that, adaptive subdivide,

I discovered the solution friend, go to the “Shading” tab and remove the link from the normal map. 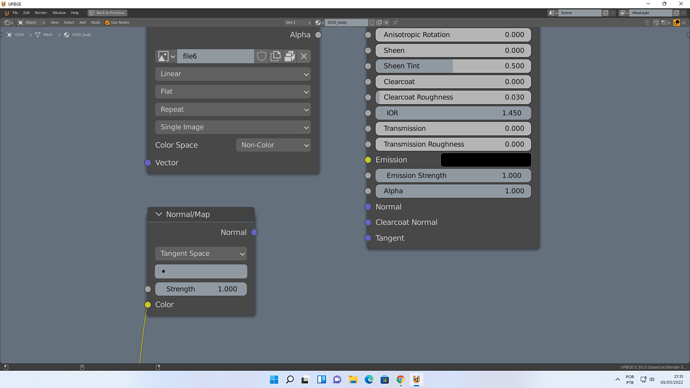